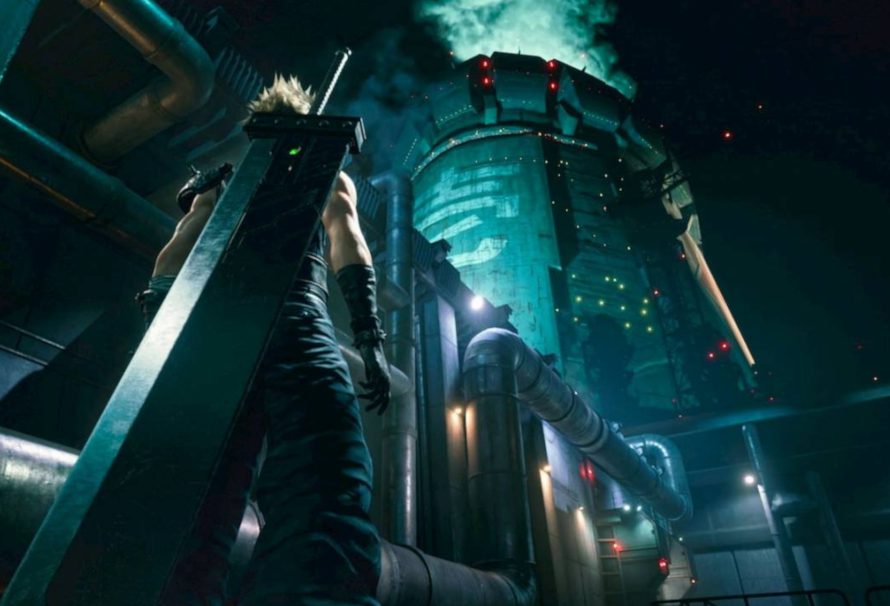 With a remake of one of the best games of all time upon is, it’s probably a good time to take a look at the characters you’ll be meeting along the way. Of course, we won’t be including spoilers, and if you’re only here to look at Final Fantasy 7 remake Tifa then you’ll be pleasantly surprised by all of the other characters on this list. It’s important to note that this isn’t all of the Final Fantasy 7 remake characters, just the important ones for the first release of the Remake.

Cloud is the main protagonist of Final Fantasy 7 Remake, and he is a blonde-haired ex-SOLDIER who has incredible strength and also broods a lot. He’s initially very aloof and cold, but you’ll find out why that is as you play through the story and find out about his past. He’s a man of few words, fewer emotions, and suffers for this with flashbacks and a fractured memory. He grew up looking up to Sephiroth, and that was the main reason for him joining SOLDIER, little did he know what would happen when they finally met, nor the tragedies that would unfold throughout their time together.

Barret is a tough-talking guy with a gun for an arm, you know, the usual. He’s also an incredibly loving father and dotes on his daughter Marlene and despite wanting to spend all of his time with her, chooses instead to try and save the planet from the evil Shinra corporation. He does this by forming Avalanche and leading them into plenty of operations designed to fight the corrupt forces of capitalism that are destroying the planet just to make money.

Tifa is a martial artist who has known Cloud for years and years. She’s sweet and incredibly tough, and there’s nobody else you’d rather have by your side when trying to save the world. She always has other people’s best interests at heart and helps to look after Barret’s daughter Marlene.

Aerith (originally translated as Aeris) is a kind-hearted girl from the slums of Midgar. You first meet her selling flowers on your escape from your very first mission with Avalanche. She is a little naive sometimes but has her fair share of dark secrets as well. It’s at this point that you should realise that the Final Fantasy 7 Remake characters are all a bit messed up.

Red XIII is a lion-like creature from a different species. He’s incredibly intelligent and can hold his own in a fight as well, better yet, he looks awesome and also fluffy. He is from Cosmo Canyon where he lives with his grandfather, but you’ll meet him in very different circumstances.

Jessie is one of the core members of AVALANCHE, and ends up developing a small crush on Cloud fairly early on. She’s also incredibly gifted with technology, and is the expert who builds the bombs that AVALANCHE uses, as well as being responsible for things like cracking security doors or getting past scanners.

Biggs is a svelte guy with a hothead and far too much energy. He also tends to complain a lot and is kind of lazy given the chance, nevertheless, he gets very excited about the opportunity to have a drink and is very committed to AVALANCHE.

Wedge is the polar opposite of Biggs. He describes himself as “roly poly” and is empathetic and very chilled out. He also constantly worries about others and more or less assigns himself as the older brother of AVALANCHE, probably because he is an older brother when he’s not fighting against capitalism.

Imagine what would happen if we gave our billionaires too much power and they became corrupt. Oh right, not that much of a stretch. President Shinra is the reason that Shinra is draining life from the planet for energy. He is a fairly short man with thinning hair and a moustache. He’s basically very low-level evil, but he’s also not afraid to go full supervillain when needed.

Sephiroth was once the hero of SOLDIER, someone adored for his overwhelming and preternatural strength and heroism. He’s the only person who can wield his absurdly long katana, Masamune. He is also incredibly angry with the entire world for reasons that you’ll come to understand as you play through the game, he’s definitely not someone you’d want to upset, but you’re going to have to if you want to save the planet.