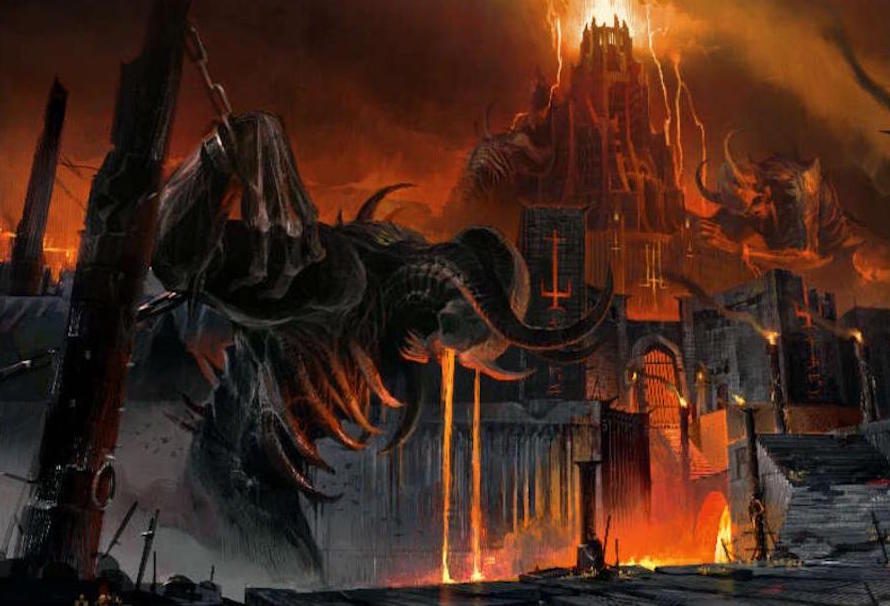 If like us your palms are getting uncomfortably sweaty at the fact that DOOM Eternal releases in just over a month, it’s fair to say that you might be looking for other first-person shooter efforts to take your mind off the torturous wait that you’re so valiantly enduring. Well, we just so happen to have ten top shooters which will do just that.

Gearbox Software’s bombastic loot shooting sequel is everything that fans of the Borderlands franchise could want. Bursting at the seams with enough guns to make the NRA blush and enough humor to power Saturday Night Live indefinitely, Borderlands 3 is glossy, brazen and thoroughly fun loot shooter that violently catapults the series bedrock appeal into 2020 and beyond.

Arguably, there’s no better way to prepare for DOOM Eternal than to throw yourself face, fist and feet first into its illustrious predecessor. Setting down the template that DOOM Eternal looks set to dutifully follow, 2016’s DOOM remake is nothing less than a smash-mouth, full-throated reinvigoration of the godfather of the first-person shooter genre. DOOM invites players to speed around levels like a murderous engine, executing and blasting apart demons in a shower of gore all the while the relentless death metal thrum of Mick Gordon’s energizing score wills you on to increasingly spectacular feats of first-person shooter carnage.

A remastered and definitive pairing of two of the best shooters to come out in the last decade, Metro 2033 and Metro: Last Light, the Metro Redux bundle represents a great starting point for fans who have yet to experience the franchise. A deftly executed blend of first-person shooter and survival horror elements set against the stirring backdrop of Dmitry Glukhovsky’s post-apocalyptic Russia, there are few genre efforts that thrill and terrify in equal measure quite as effectively as Metro 2033 and Metro: Last Light.

From the same conclave of boundless imaginations that gave us the Dishonored franchise, Prey is an eye-opening romp that mixes in inspirations from BioShock and System Shock to create one of the most intriguing and intelligent shooters in recent years. As the subject of an experiment aboard a space station meant to improve mankind things have, somewhat unsurprisingly, gone devastatingly south. Between trying to uncover your own past, present and future, and dealing with an enemy that mimics the shape of just about anything it touches, Prey is a high concept, sci-fi shooter odyssey that engages the grey matter and trigger finger in equal measure.

A joint bombastic venture between id Software and Just Cause developer Avalanche Software, RAGE 2 reinvigorates the post-apocalyptic setting with fiendish cyborg enemies and a massive array of differently themed locations. Perfectly marrying the furiously immediate shooter beats that id Software is famous for, with the open-world exploration and destruction that Avalanche’s Just Cause and Mad Max titles showcase, RAGE 2 is a stupendous, cyborg-slaying, open-world shooter that entertains from beginning to end.

A more uniquely cerebral shooter than perhaps any other genre entry in this feature, SUPERHOT has a highly unique premise – time only moves when you do, allowing you to pull off some Matrix-style moves as you duck under bullets and return fire in an effortlessly cool manner. As such, this original concept results in scenarios that are as much a puzzle as they are a test of your shooting acumen. Imagine it – in one level you could start with no weapons, but as your armed foes approach, you could toss a nearby ashtray into their face, causing a gun to fly into the air – which you then catch, and use to see off the remaining baddies. Total bliss. Oh, and SUPERHOT VR is a total revelation, too – Neo would be proud.

Look, there’s no getting around it, Titanfall 2 is simply essential. While the best in class, hyper-frenetic mech and ground soldier combat remains unendingly alluring, it’s really in the stellar single-player campaign that Titanfall 2 soars. Effectively a buddy action movie told through the perspective of a rifleman and his sentient AI Titan mech, Titanfall 2’s story campaign isn’t just a stunningly framed tale of man and machine co-existence, but also one of the most innovative shooter campaigns in years. You’ll want to go into this one completely fresh.

If id Software deserves mountains of credit for rebooting Doom so very successfully, then so too does developer Machinegames surely deserve the same for its work on id Software’s original shooter property, Wolfenstein. The peak of Machinegames output on the IP, Wolfenstein II: The New Colossus has everything you could want from a shooter – a super-fast pace, tons of gore, more weapons than you can shake Nazi robot mech at and enemies with faces that just need to be shot. Oh, and it doesn’t hurt that even two years on, Wolfenstein II: The New Colossus still looks absolutely stunning, too.

The spirit of id Software’s Quake can be felt in every pixelated nook, cranny, and gib of WRATH: Aeon of Ruin. A love letter to that aforementioned legendary and often forgotten shooter series, WRATH: Aeon of Ruin not only uses the same game engine that powered the original Quake (albeit heavily modified), but also welcomes inspirations from other classic shooters such as Duke Nukem 3D, BLOOD and Hexen to fashion a lightning-fast, wondrous splatfest of a gothic shooter that does ample justice to its much-loved inspiration.