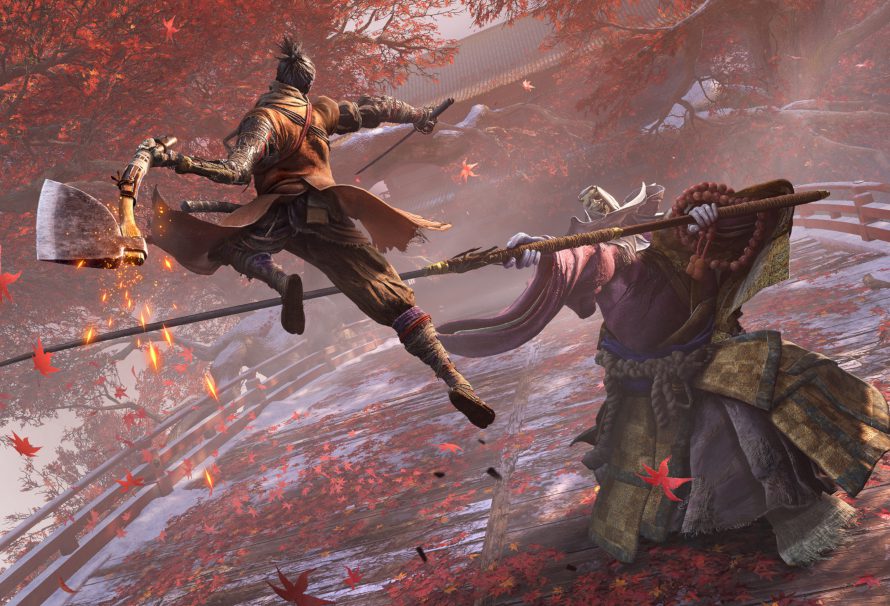 Sekiro: Shadows Die Twice is the latest, and some might say toughest, entry in the Soulsborne series of games and that’s never more apparent than with its list of bosses. With each boss requiring exact timing and supreme mastery of the game’s systems, FromSoft have built an experience that can test any player’s skills. Even if you’re familiar with Dark Souls or Bloodborne you’ll find that Sekiro is a radically different beast to play, with a far greater emphasis on poise and parries than ever before in the series.

The mark of a great Soulsborne player is to get stuck on a boss, dust yourself off, and try try try again. But that doesn’t mean you have to go alone. Think of us as your partner as you fight your way through the game, so head on below for our full boss list guide, with every boss in order and some hints on how to defeat them.

The first boss in Sekiro is a perfect place to hone your Deflection skills and deal heavy Posture damage. Despite Gyoubu Oniwa being highly mobile and aggressive, you can still deflect their attacks with a little bit of skill, timing, and patience.

Failing that, grappling hook attacks can take small chunks of health off this boss, if you prefer keeping your distance from this horse-mounted horror.

Lady Butterfly is a Sekiro boss that is designed to teach you the true path of Sekiro: supreme aggression. Stay close, deflect after every three attacks, and don’t leave her time to regroup. You’ll soon have this boss defeated if you remember to push her hard and never let up.

We have one main recommendation for fighting the Genichiro Ashina boss, and that’s to unlock the Mikiri Counter skill. This boss specialises in low thrust attacks, with liberal applications of arrows sent your way. Learn to deflect them both and you’ll soon be victorious.

Each monkey in this boss fight has a different gimmick, with each one requiring you to figure out how to take them out. The See No Evil monkey has great eyesight but poor hearing, Speak No Evil has poor eyesight but brilliant hearing, Hear no Evil again has great hearing, and Do No Evil can be tracked by its glowing footprints. Simply take your time, take them out, and you’ll be a winner in no time.

The Guardian Ape will leave you little time to recover so make sure you’re always on the move and countering and attacking where possible. No place is safe, however, as even if you move to its rear this Ape will unleash a devastating gas attack. Yes, that kind of gas.

This boss has two phases, with the second having an area of effect attack that you can spot coming when the ape inhales. In addition, you can deflect its giant sword attacks, leaving you a moment to deal damage.

Unlocked by defeating the Guardian Ape, this boss is a continuation of the former fight, except now you’re facing two apes with the second arriving when you’ve dealt enough damage. The first phase of the fight mirrors the second Guardian Ape phase, with the second continuing much the same just with more ape to deal with.

This boss is a test of your pattern memorisation skills. The Corrupted Monk will always attack in a certain way, and if you time it right and remember correctly you’ll be able to slip past their defences with liberal usage of the Mikiri Counter and deal some hefty damage.

The Isshin Ahina boss starts with a series of attacks you can bait out, ending with a final strike you can deflect. The second phase of this Sekiro boss fight can set the entire arena on fire, making maneuvering much harder. With a new stomp attack thrown into the mix and unparryable attacks, we recommend interrupting charged-up attacks with the Firecracker skill, then moving in to damage.

The main thing to look out for during this boss fight is the thrown shurikens which must be dodged. In addition, this boss can drop an item that stops you from healing and in its second phase, it unleashes smoke bombs which you will need to move out of quickly. Otherwise, this boss is a lesson in deflection, so deflect what you can, dodge what can’t be deflected, and this boss should be simple.

The True Corrupted Monk is a revisit of the Corrupted Monk fight, though this time the boss may have up to three health bars depending on your choices in the game. Whilst this is an extended fight, it is worth noting that due to the larger arena you have much more area to play with, making the moment-to-moment combat easier than the first time you met this boss in Sekiro.

Despite this boss appearing to be utterly terrifying, it’s actually a little simpler than it might appear. The first phase sees you fighting off a gang of elderly dragons until a tree appears which you can grapple to and then deal damage to the Divine Dragon. The second phase sees you deflect or dodge attacks as they fly your way until more trees re-appear, allowing you to strike at the boss again.

This boss can do everything you can do, meaning you’re in for a tough fight. However, not all is lost. The Mortal Draw skill deals huge Vitality damage and is a great way to batter down this boss, and the Whirlwind Slash is a helpful way to deal short bursts of damage. Overall though, this boss fight will be hard. Deflect, dodge, and use whatever tools you have at your disposal to survive long enough to deal damage back.

One of the toughest fights in the game and also one of the largest, the Demon of Hatred is a long fight that tests everything you’ve learned so far. Many of its attacks are unblockable so run away, dodge, and then return to deflecting again whilst waiting for your chance to strike Stock up on items to help with healing and burns, and prepare for a tough battle.

Deflect, deflect, deflect. Then deflect some more. You’ll have to memorise Isshin’s attacks throughout their phases, and you’ll have to be up close when doing so as you’ll need to dodge attacks at their last moment in order to strike. Go too far, and Isshin will unleash hell on you with their very own gun. This is a ridiculously tough fight, but once you’ve done it you’ll be able to call yourself a Sekiro Master.

Until you start New Game+, that is

So there you have it, every Sekiro main boss in the order you will encounter them. Hopefully, now you’re forewarned and forearmed, you’ll find your path through the game that little bit easier.