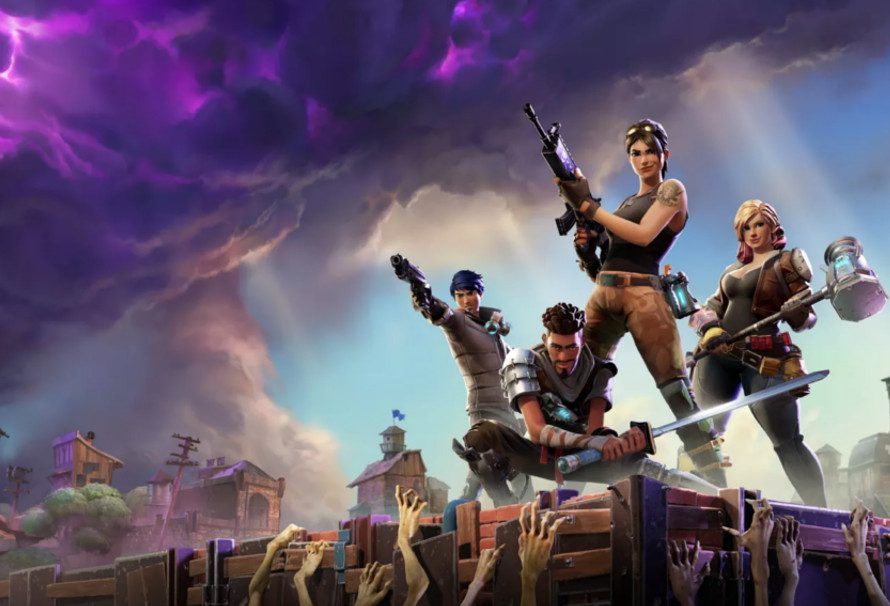 Epic Games’ Fortnite enters Early Access today and it’s the result of multiple years of development work with the title having first been announced at the Spike Video Game Awards in 2011. Described as a world where you explore, scavenge, build and ultimately survive as you fight off the zombie hordes, this early access period is due to last for a year before the game becomes free-to-play in 2018.

It’s arguably the most complete early access game available and evidently the studio are endeavouring to smooth out the progression bumps and refine the nature of the game in the run up to free release. If you’ve decided to jump in at the beginning, a polished experience awaits, and we’ve a few tips to get you started.

1. The Deluxe Pack makes the initial game a stroll

The sheer range of goodies you get as part of the Fortnite Deluxe Pack gives you a massive head start at the beginning of the game. Once you claim your founders rewards after completing the tutorial, you’ll be geared up to face the horde with ease. As tempting as it may be to use all the most awesome weapons you have picked up straight away, be aware that there is no way to repair weapons; once their durability is gone, the weapon is destroyed. Save some of your rare weapons for later, you’ll need them.

2. Don’t get carried away with your collection

Adding schematics to your collection can be a fast way to gain more packs of goodies, but you’ll also want to go slow to ensure you’re not inadvertently stashing a schematic you still need. While the safest thing to do is wait for duplicates to arrive, more realistic is to ensure that you have at least one good schematic for each weapon and trap type. Similarly with survivors you don’t want to find yourself short of an EMT member because you were too keen to complete a row in your collection.

3. Try to plan ahead with your Storm Shield base

Fighting Storm Shield missions allows you to develop your home base and turn it into something you’ll be proud of. This isn’t entirely obvious when you fight your first missions, and later on you’ll find yourself reluctantly tearing down walls, walkways and traps you had previously spent heavily on. Think carefully when you’re building about how your structure will fit in as you expand further, or your team will almost certainly scowl at you (more likely they’ll start yelling) if you embark on a massive redevelopment project while they’re hanging around.

If you’re scouring the world for nuts and bolts, copper or rotating gizmos in order to craft that awesome looking schematic you just acquired it might be worth switching to an Outlander. Every class has their speciality, and Outlanders excel at finding the kind of loot that will have you high-fiving yourself on a regular basis. You can double the effect here by searching for the right loot containers. Checking sofa’s can reveal the strangest of loot, but keep your eyes open for toolboxes, cash registers and treasure chests as you explore the world as they often contain some very handy crafting parts.

You start out with 50 inventory slots, which sounds like a lot, but it’ll soon fill up with traps, weapons and countless crafting materials. If you’re lugging around a dozen sets of wall spikes, recycle them or use them in your next mission defense – they’re just filling up space that can be better used. You’ll also want to check your crafting material inventory regularly (the third tab after ammo, yes I know you didn’t notice it before) as you’ll quickly fill multiple stacks of items you don’t use often. There are only a finite number of planks you’ll need in a single mission after all.

Fortnite is available now on PC, and you can pick up the Deluxe Edition from Green Man Gaming here. (The key uses the Epic Games launcher, which can be downloaded here)