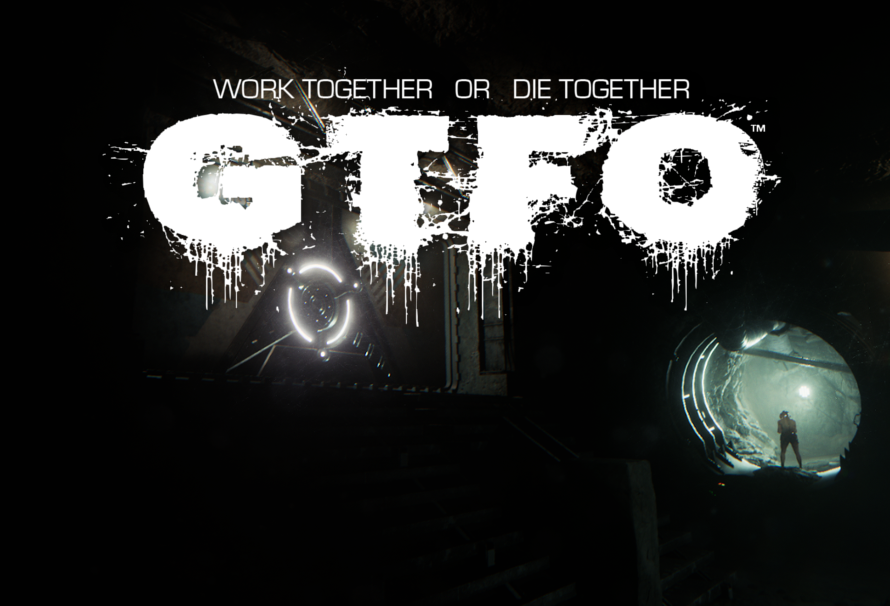 If you missed part one of our GTFO interview, make sure to catch up with part one. Here is part two of our interview with composer and sound designer Simon Viklund:

Q: What other weapons and gadgets will be usable? What’s your favourite gadget – mine is the motion tracker.

A: Among the tools available in the Alpha, it’s probably the mine deployer! It’s so powerful against hordes when you close doors and set a mine on the inside; the door stops the monsters temporarily and they sort of crowd by the door, and when they eventually break through you’ll kill a whole bunch of birds with one stone! Also, you can set on high up on a wall in order to make sure it only detonates only when a big monster walks by… It’s quite versatile. But going back to the fact that the game currently contains only four tools – it needs to be said that we have ideas for so many more! Before we’re done there will be a certain level of angst involved when the team members are choosing their gear, because as you choose what tools to bring, you’re simultaneously choosing what tools to leave behind – and they’ll all be extremely valuable. Many of the tools will also have symbiotic connections so that it really pays off for the team to decide together what gear everyone should carry. The tools are already integral to surviving in GTFO, and they will only become more so.

Q: Will there be any kind of progression for characters?

A: Yes! First off, you’ll be able to upgrade your gear and frankenstein parts together! You want a sentry gun that shoots C-foam? Then take the foam firing component from a C-foam launcher and merge it with the sentry component of a sentry gun! Secondly – and this is one of those topics where I have to be a bit vague and secretive: We have an idea for another element that players can upgrade (on top of the weapons and tools) that will fuse their squad together and bring out the concept of cooperation even more!

Q: How did you come up with sounds for the monsters? And what’s the weirdest object or instrument you’ve used to get the right sounds?

A: Practically all monster sounds are actually made from sounds we recorded ourselves, contorting our throats and vocal cords to alter our voices in the weirdest possible ways. Then we’ve pitched and morphed those recordings to create new, terrifying sounds that are unmistakenly human – but hideously distorted. The low-pitched howling sound heard from the shaft where you’re dropped off in every expedition, is actually the sound of wind passing through the slit of my front door right as you begin to open it. It’s a creepy sound that I discovered as I was hunching close by the door because I was going to open it for my 3-year-old daughter. Once I pitched it down two octaves, it sounds like an ambiance from hell.

Q: With the game initially launching in early access are you able to share any plans you have for that period?

A: To be honest: Everything we’ve discussed in the interview that is described as ideas we have. The Early Access release will be very bare-bones at release – feature-wise like the Alpha but with some new expeditions – and then it will be expanded upon over time. We’ll be completely transparent about that – and can only hope that those who are genuinely passionate about the concept of GTFO, and really believe in 10 Chambers Collective, buy the Early Access upon release in order to be along for the ride from the very beginning!

Q: How long do you expect to be in early access?

A: We can’t say at this time – it will be measured in the number of features on our to-do list (and wishlists) rather than months and weeks. What I can say is that we are determined to handle the Early Access the way we insist it’s supposed to be handled: With transparency towards the community, a clear-cut public roadmap and an explicit ambition to graduate from Early Access (and not get stuck in perpetual Early Access as some titles seem to do.)

Q: Do we find out why we’re being forced to go on these horrific missions, or who’s making us go?

A: Oh yes, absolutely! We have a backstory and lore for the world of GTFO and players will be able to unearth clues and answers to the game’s many mysteries over time as we keep updating the game post-release. There are inherent complexities to telling a story in a game where four people are playing together – imagine one player stopping to read a log entry, forcing the rest of the squad to stand around and wait – so we’ll make sure that the narrative isn’t in the way for those who aren’t interested, but rather becomes accessible to those who truly are.

Q: If you can add any other monsters or creature from film, other games, or even folklore/fantasy into the game what would you pick?

A: Well, we’re very careful not to let GTFO as a brand become diluted through cross-promotions – even with franchises we like (not that we’ve been offered that sort of cross-promotion.) If we were under gunpoint, I believe we’d go with the Xenomorph from Alien!

Q: Do we know when it will be released? I can’t wait to play it!

A: The Early Access is slated for December. When the 1.0 release comes out, time will tell. You can’t rush perfection! 😉

That’s all from Simon, but stay tuned to the GTFO website to find out more. Are you looking forward to uncovering the mysteries of the underground Complex? Comment below and check out the Green Man Gaming Community Site to see what other gamers have to say.