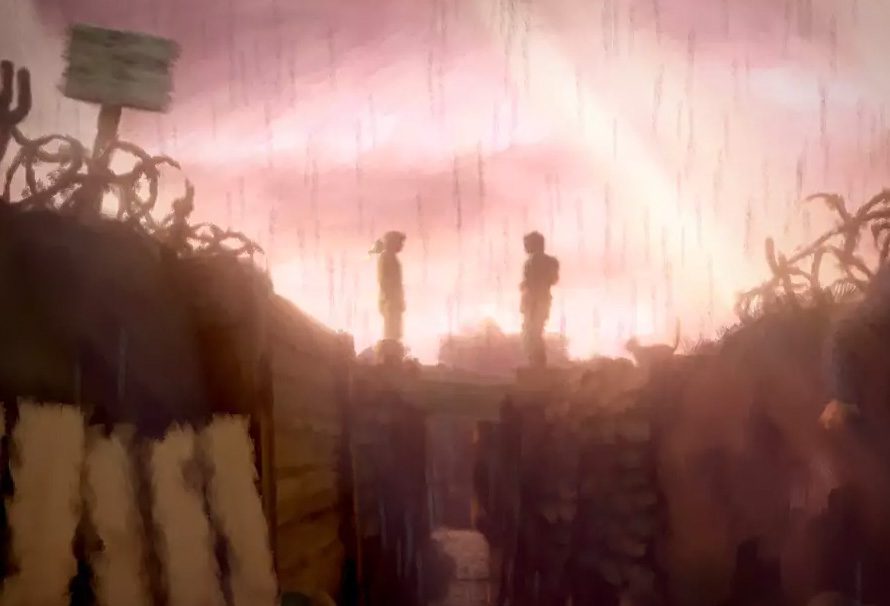 With Battlefield 1, Verdun and the forthcoming Tannenberg all being furiously militaristic takes on The Great War, it’s refreshing to see what motion picture outfit Aardman Animations and DigixArt Studio have accomplished with their latest effort, 11-11: Memories Retold. A decidedly pacifistic meditation on The Great War, Memories Retold is arguably the most poignant and keenly resonant take on the conflict that the gaming industry has ever seen – not least because does so without forcing the player to fire a shot.

A third-person, painterly narrative adventure that weaves a story from both sides of the war, Memories Retold is in no rush to frame either group as unequivacable, po-faced bad guys. Instead, we get to see the war unfold in equal, unbiased measure from the perspectives of Harry, a young Canadian photographer and Kurt, a hardworking German zeppelin engineer.

Given vivid life by the spirited voice performances of actors Elijah Wood and Sebastian Koch respectively, Memories Retold’s twin protagonists are a world away from the grizzled, mud-spattered killing machines that soldiers are usually portrayed as during this era. An idealistic and talented photographer, Harry finds himself drawn into the war when the charismatic Major Barrett comes knocking. A stalwart of combat and a decorated soldier, Barrett’s oddly easy-going nature soon endears both himself and the idea of the war to Harry, whom, in his youthful exuberance, wastes no time in tagging along with the intriguing veteran.

On the other side of the conflict, the much older Kurt finds himself toiling in a factory, constructing the German zeppelins that would seek to wreak havoc upon the forces of the allied coalition. His attention however is distracted by the news that his son Max, who eagerly went off to war, has gone missing and has not reported back to his unit. Distraught, Kurt enrols in the army with the sole aim of making it to the frontlines in order to uncover the fate of his wayward boy.

And it’s this setup that makes Memories Retold so very refreshing. Neither protagonist is a soldier, and it’s from their personalities that the story of Memories Retold is written, rather than from the point of a gun or at the tip of bayonet. So much of the game is spent doing that one thing historically set shooter efforts never do, and that’s actually talk to your fellow soldiers and, unsurprisingly, the mood is one of resignation and grim portent, though it doesn’t start that way.

Much like the interesting lead characters, the various soldiers and war folk that you run into start off hopeful, confident and even downright bullish about the prospect of The Great War and what it’ll do for them and their country. As the conflict presses on, the years go by and the casualties mount catastrophically, the people you speak to become downcast and hopeless – many of them either driven mad by grief or battered into a state of total emotional withdrawal.

Much more poignant than shooting some identikit soldier, or commanding a tank, Memories Retold imparts a shooter-free story that puts the people first and both casually and forcibly reminds us that every soldier who falls is a person, an individual first, rather than just a gun-toting drone that lacks the sentience that arguably defines us. More of this please.