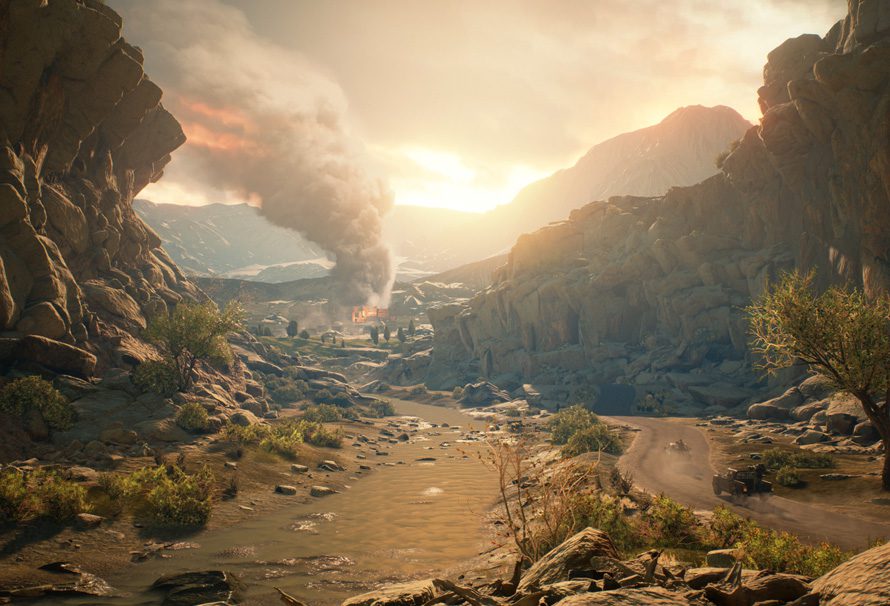 Insurgency Sandstorm is being released today, the sequel to the hugely popular Insurgency once again puts players in the midst of frantic, realistic multiplayer combat.

There’s been no mention of potential DLC for it, so let’s take a look at where it can go next in expansions and extra content.

A potential mashup with Battlefront could see Insurgency take to the stars, or at least the different-sands. Everyone knows the desert planet of Tatooine is covered in the damn stuff, it’s coarse and rough and irritating.

That said, there’s plenty of Jawas and Sand people to shoot, so you and your squad won’t be bored while you’re there.

There’s been a colossal change that’s affected each and every one of us.

That’s right, the Great British Bake Off moved from the BBC to Channel 4. As part of this, Mel and Sue were out, and in stepped Noel Fielding and Sandi Toksvig.

In this visionary piece of DLC, Insurgency players are parachuted into the White Tent and forced to construct elaborate cakes for the ever gaping dry mouth of Paul Hollywood. Your training didn’t prepare you for this, soldier.

You might think that you’re scary with your balaclava and gun, but you’re nothing compared to Shai-hulud. The great sandworms cover the planet and they will swallow you whole without even noticing.

They’re the ultimate predator, and can even carry a full complement of Kyle Maclachlans into battle making this the next challenge for your Insurgency Sandstorm team.

We all know the best Prince of Persia is Sands of Time, right? Right.

So it makes sense that this piece of DLC will see you amongst the walking dead. No not those walking dead, the sand-resurrected.

But it’s ok, through the power of time (and bullets) you can blow these fools back into the sand from whence they came. Just don’t lose your shirt over it.

Well I don’t know about you, but we feel pretty confident that developers New World Interactive are already working on at least one of these ideas for Insurgency Sandstorm.

Insurgency Sandstorm is out today on PC, Xbox One, and PlayStation 4 and by all accounts, it’s looking special.