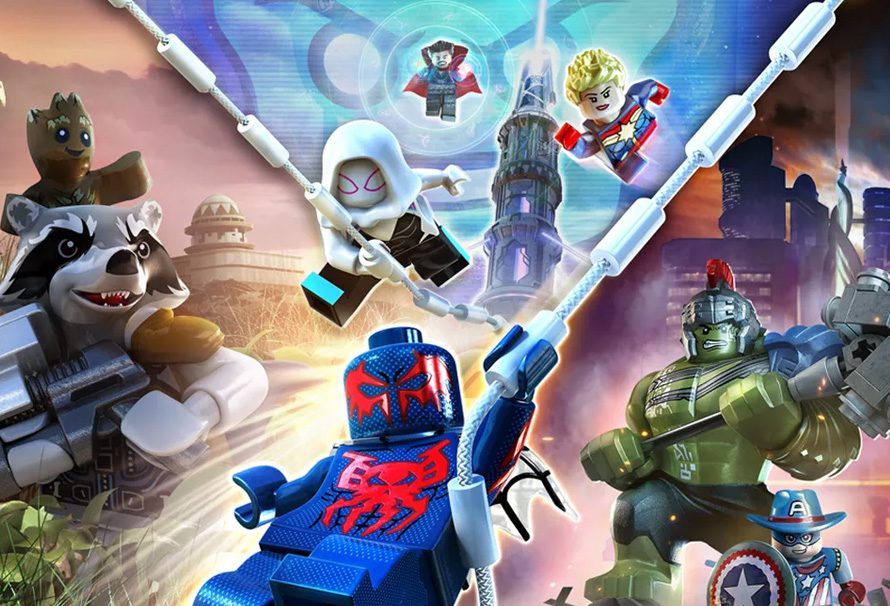 If you hadn’t noticed, and you probably have, there’s quite a few LEGO games out there. Starting with LEGO Star Wars in 2005, there’s been at least one LEGO game a year and most have been met with critical acclaim.

I only got a couple of hours with the game, but what I played felt fresh and inventive, in part due to the huge roster of characters I was seeing and interacting with. I’m not the world’s biggest Marvel fan but even for someone like me it was wonderful to see a roster expanded far, far beyond that I’d seen in the Marvel films and tv series.

Lets talk about Justice League Unlimited for a second.

Justice League Unlimited was a tv cartoon show that was produced between 2004 and 2006, and one of the joys of it and the main selling point (apart from the wonderfully written storylines) was the expansion of the Justice League to include DC heroes that you might never have otherwise heard of.

One week you’d be watching Batman and Superman trying to take out Doomsday, the next you’d be watching Huntress and  The Question investigate Lex Luthor. It was this mashup of characters into different situations that really gave this series life, it took familiar characters and smushed them into stories with characters you might only know if you’re a hardcore DC fan.

LEGO Marvel Super Heroes 2 has some of that vibe. During the couple of hours I played I saw Captain America, Thor, Doctor Strange, The Guardians of the Galaxy and others from the films. But I also saw Ms. Marvel, Spider-Gwen, Man-Ape, Eson, Gwenpool, and many more.

It meant that whilst I was grounded by familiar characters, I couldn’t wait to try out other characters and see just what they were capable of and what they could do, often being delighted by their powers.

Ms. Marvel (the Kamala Khan version) in particular was a high point during the time I played of the game, her special abilities are all shapeshifting related, meaning she can grow tiny or big at the press of a button. During battles it became common for a giant Ms. Marvel to stomp across the screen, smashing everything with her LEGO claw-like hands.

The true delight from playing Ms. Marvel though is you can inflate her like a balloon and roll about. I have absolutely no idea what benefit this has for the game or the player, but it was never anything but hilarious.

Overall if you’re familiar with LEGO games, you’ll feel at home picking up a controller and diving into LEGO Marvel Super Heroes 2 and you’ll still be surprised about where the game takes you, the twists in the story, and the characters you’ll see. If you love Marvel this should be a no-brainer to pick up, and if you haven’t played a LEGO game for a while it’s a perfect point to jump in with characters you’ll likely be familiar with, but many that you aren’t.

If you don’t like LEGO games though then er. Why do you hate joy?