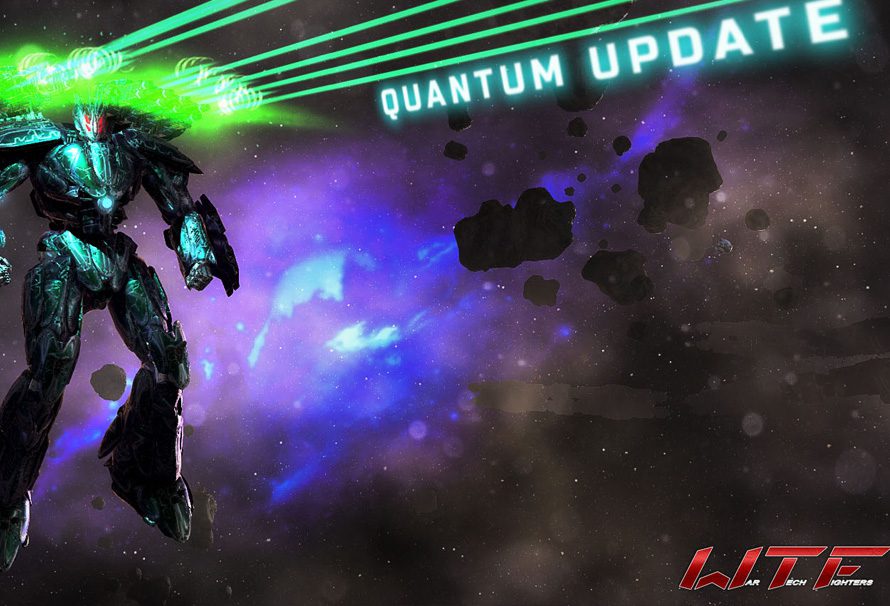 We love robots at Green Man Gaming. Robots, mechs, giant robotic suits, androids, anything like that.

That’s why we’re proud to publish War Tech Fighters, an explosive space mech combat game where you take control of a giant mech, and smash other mechs up. IN SPACE!.

It’s recently received a major update bringing loads of new stuff to the game, you can check out what’s new here!

So obviously, we want to talk ROBOTS. We asked you on Twitter and Facebook what your favourite robots, mechs, androids etc are, and here’s what you said!

The MechWarrior series is the poster child for realistic hot mech action, and one of the finest looking mechs is the Mad Cat MkII. It’s a perfect all rounder at medium to long rage, and can tear up the opposition in a multitude of ways. Basically, if you’re on the battlefield and you see one of these striding towards you? Run.

Jehuty – Zone of the Enders

The main Orbital Frame from the Zone of the Enders series, it’s a proper mech in true anime style. Basically, it looks like a human with a dog’s head but bigger and more awesome and with wings and a sword and yeah, Jehuty just oozes cool. It can fly, it can kill, it can do damage to everything it sees. Just as well Jehuty’s brilliant, because if you play Zone of the Enders you’ll be spending a lot of time in its company.

HK-47 – Knights of the Old Republic

Definition: HK-47 is a fun and friendly robot pal who loves to be around disgusting meatbags like you. HK-47 is definitely not a murder-bot with a penchant for murder served with a side order of murder, nope, definitely not. He’s definitely not disgusted by fleshy…things, like humans or other meaty…fleshy…squishy….wet things. Gross.

Destructor is big. Like, really big. If you can imagine a big robot, then you’re probably imagining Destructor. The second best fighter in the Ultimate Robot Fighting League, he’s a fighting master. So yeah, don’t fight him, because he lives up to his name. As he says: ‘I am Destructor!”

Marvin the Paranoid Android – Hitchhiker’s Guide to the Galaxy

Marvin is smarter than you. I mean he’s smarter than everyone, brain the size of a planet don’t you know. Yet all he gets are menial tasks, carry this, meet this guest, park these spaceships. He’s capable of so much more, and yet he’s brought down every time by stupid humans giving him stupid tasks. By the end of the series he’s several times older than the universe itself, and he’s spent every single second utterly miserable. Here’s to you, Marvin, you glum bugger.

Olly Moss is a graphic designer, art director, and creator of the Giant Armoured Robot Friend. We don’t know too much about this hefty chap (the robot, not Olly), but we know they are RAD.

Yeah I’ll do that, look at this badass robro:

The sequel to Steamworld Dig features a roster of varied robot pirates. Basically, cross steampunk robots with pirates and you get Steamworld Heist. You know that’s going to be good.

This is a robot with a car for a head.

No come back, listen to me. It has a car for a head and it’s driven by Coop and Jamie as they smash up, well, everything. But most often the evil Glorft. Megas XLR is an American cartoon that features mechs, aliens, time travel, and a lot of smashing stuff up. It used to be on Cartoon Network a few years ago (no-one tell me how long ago) and it was entirely essential viewing. Get it seen!

The main character from Ghost in the Shell is Major Motoko Kusunagi, a lady who may or may not be real, and may or may not have had a real body at some point. Either way, right now she’s an incredibly heavy brain in a robot body who can also turn invisible, hack things, and shoot with pinpoint accuracy. In the Manga, Anime films, and Anime series, she’s this question mark in a humanoid form; is she still her, even though her entire body has been replaced? Ghost in the Shell asks questions about what it means to be human, and if that’s even important when AI is becoming real. Powerful stuff, and The Major is at the heart of it all.

I’m not going to say too much about Grimlock.

Grimlock is a robot T-Rex.

That’s all you need to know.

MY DRILL IS THE DRILL THAT WILL PIERCE THE HEAVENS! This drill, will open a hole in the universe. And that hole will be a path for those behind us. The dreams of those who have fallen! The hopes of those who will follow! Those two sets of dreams weave together into a double helix, drilling a path towards tomorrow! And THAT’S Tengen Toppa! That’s Gurren-Lagann! WHO THE HELL DO YOU THINK YOU ARE?!!??!!?

brb rewatching all of Gurren Lagann.

So! That’s what you thought are the best robotic things out there, and if you’ve reached this point in the article you’re going to be FIRED UP for more mech action, so why not give War Tech Fighters a look? Go on, you won’t regret it.