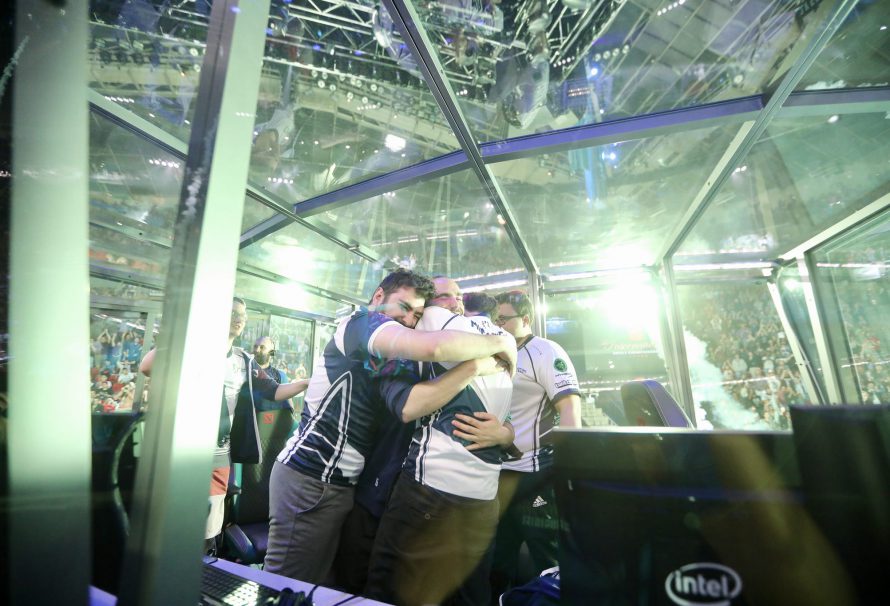 With Dota 2’s hectic competitive scene now well and truly underway, we’ve seen our first glimpse of The International 7 winners Team Liquid following their huge $10,000,000 victory out in Seattle in August. Naturally, due to winning Valve’s flagship tournament and esports largest ever prize pool, the European squad haven’t been seen in the realm of online qualifiers, having secured a deserved direct invite to the bulk of tournaments. Starladder out in Kiev provided the public with the first glimpse of the squad following victory in Seattle. Whilst historically, those that win Dota’s biggest tournament have struggled for motivation and fallen by the wayside, Liquid stamped their authority and showed that they’re most definitely here to stay.

Undoubtedly, the fact that the patch remains also identical to the one that saw them decimate opposition just two months ago has played in their favour. The team, captained and marshalled by German veteran Kuro “KuroKy” Salehi Takhasomi brought the flair and immaculate playstyle to Kiev, for their first big appearance of the season and any concerns over rustiness were soon dismissed. The star-studded world champions again showed their ability and sheer dominance, playing a total of ten games out in Kiev and only dropping one, to South East Asian squad Mineski in the grand final which they eventually took by three games to one. In the process, the team secured $135,000, a miniscule amount of money compared to the bumper cheque taken home in the summer but their first trophy nonetheless.

It’s rare that the Dota scene sees any periods of dominance. There’s been certain times where teams have won a small string of tournaments, but with The International winners one of the strongest squads, mechanically, on paper, those looking to dethrone them will be scratching their heads. With a new gameplay patch demanded by the community, and arguably imminent, it’ll be fascinating to see in the upcoming minors and ESL major whether or not they can maintain what looks like an unstoppable run of form.

What Starladder i-League also showed the wider world is that below the elite level performers such as Team Liquid, there’s healthy competition. North American organisation compLexity, who we haven’t seen compete on the global stage for what seems like an eternity, looked strong and showed they can mix with the best and even Natus Vincere, a team spearheaded by Dota legend Danil “Dendi” Ishutin gave fans something to be optimistic about for the season ahead. It’s a busy couple of weeks, too, with the PGL Open taking place shortly and the first major of the season set to get underway next week.

Are we ready for the FaZe era?

There’s been several rhetorics and flattering comparisons thrown around for the FaZe Clan roster, as they continue to demolish any and every Counter-Strike team put in their way. This weekend, they faced arguably their toughest test yet. In the final of the ELEAGUE Premier 2017, Finn “karrigan” Andersen faced a familiar old foe, his former team Astralis. The full-Danish squad Astralis, winners prior of the ELEAGUE major have not quite looked the formidable force they once were, but the weekend marked the first time these two juggernauts had met in a best of three since the roster shuffles.

The veto phase went as many expected, with FaZe picking Cache and Astralis picking Overpass — a map they’ve been known for being the best in the world on for quite some time. Cache didn’t start as people would have expected. Being FaZe’s map pick, no one would have expected Astralis to take the CT-side by 12-3, leaving the Danes just four rounds from victory heading into the same half. As it transpires, anything Astralis can do, FaZe can do better. The second half saw the Danes pick up just two rounds as FaZe dismantled them 13-2 to take the map 16-14 overall.

Surely Astralis on Overpass would be the end of FaZe’s seemingly impenetrable defences, though? Not quite. The mixed team stamped their authority yet again, outthinking, outmaneuvering and out-fragging Astralis on their way to a 12-3 lead at half time. It would only take eight rounds for them to close it out, too, taking the second map and thus the championship after a 16-7 victory on Overpass. It was an alarming display as the major champions just couldn’t live with the sheer power of a FaZe lineup that looks as if it has no weaknesses.

What’s arguably most alarming for the rest of the Counter-Strike world is that people point to the trio of Nikola “NiKo” Kovac, Ladislav “GuardiaN” Kovacs and Olof “olofmeister” Kajbjer as the explosive threesome that can dismantle the best of teams. However, it was both Havard “rain” Nygaard and IGL karrigan who topped the scoring charts, notching 94.7 and 84.8 ADR respectively and finishing on 1.39 and 1.25 HLTV ratings. If the two players not supposed to be the unbelievable fraggers are finishing on top with arguably the best player in the world, NiKo only finishing third on the team, what hope do the rest of the world have?

The comparisons to previous Counter-Strike greats may be a tad early, but equally it’s extremely difficult to pick out a team that can go toe to toe with the staggering firepower of this FaZe lineup. They’re here, and they’re here to stay.