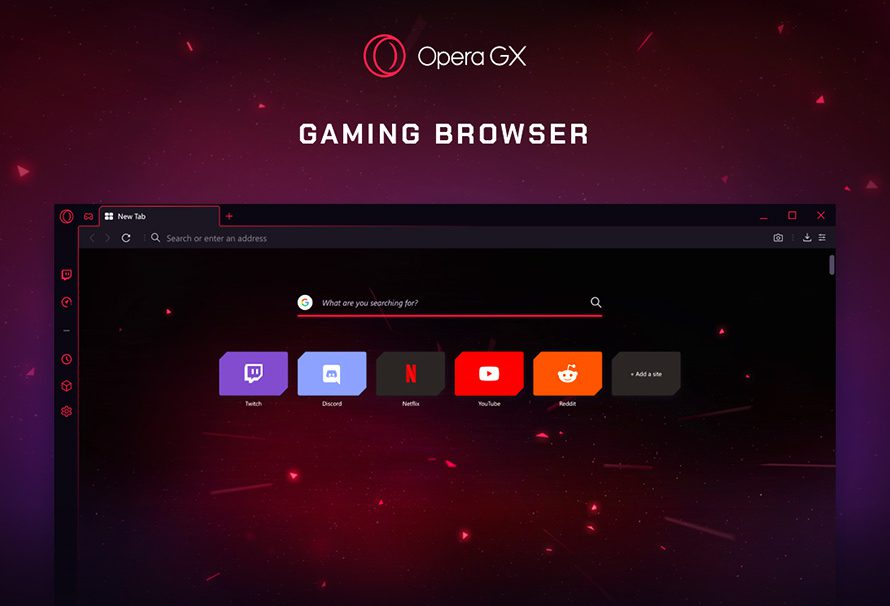 When I sat down to chat with Opera product manager Maciej Kocemba, one of my first questions was “How hasn’t anybody thought of this?”

Opera GX is a browser built with gamers in mind. As well as a robust VPN, users can enjoy a network, CPU and RAM limiter built into the browser. No longer will you have to deal with Chrome weighing down your computer whilst you’re gaming.

Already convinced? We don’t blame you, but we’re merely scratching the surface of this browser’s features. Kocemba tells me that “gamers have different needs” when it comes to browsing and that other browsers are more of a “general-purpose tool” designed to please as many as possible. The concept for GX came from the clever observation that many players don’t turn off the browser when they game, so they wanted to create something that didn’t limit users who wanted to have their cake and eat it. After many meetings at Gamescom 2018, Kocemba told me that the team had a moment of realization. “We knew this is something people wouldn’t expect, maybe they don’t feel that they need it right now, but once they see it, they love it.”

GX has it’s own demographic in mind that they are focusing on, but after switching myself I would say it’s a no-brainer for the performance increase even if you don’t game regularly. Chrome and its ilk are famous for their memory-leaking capabilities, and there’s even a use case here for artists, designers and those who use high-intensity programs but also want to keep their browsing intact. You see, GX is built with Opera as a base, so you can expect all the trimmings of the standard experience as well as the handy video popout system & screen capture functionality you’re used to, tweaked to be even more useful to gamers.

Opera GX – Whats in the box?

Twitch is integrated right into the sidebar, meaning you can easily jump into a stream and be notified when your favourite stars go live, and in the ‘GX Corner’ you can see gaming news pulled from the top sites, a release date calendar to see what games are upcoming, and even a deals aggregator to get you the best discounts on popular games.

Perhaps the sticking point for many is swapping from Chrome and keeping all of your bookmarks, data and extensions. This was my worry too, but there’s actually a tool in the browser settings where you can import everything in one click and an extension within the Opera store that allows you to download Chrome extensions, which means that switching is seamless.

The design is also clean and customizable to suit the (most likely) RGB lighting surrounding you at your gaming pc, and it has cute sound effects recorded by Ruben Rincon and the band Berlinist, who worked on the soundtrack for indie darling Gris.

“If you’re a gamer, or even remotely interested in gaming, you should use it so you’re closer to the content. There’s nothing to manually configure.”

Whats next for Opera GX?

In terms of how the future of GX is going to develop (despite the feature set, it is still in early access!) Kocemba tells me that they have a number of “aces up their sleeves,” and that the team have plenty of interesting ideas they’re batting around, from Discord integration to the potential for a mobile browser.

“It’s not important that the integration would be technically possible, it’s about how useful it would be for GX’s user base,” Kocemba tells me. Clearly they want to listen to their users, and this is just the start of a promising journey. Kocemba noted that the typical version numbers seen in browsers will be known as levels in Opera GX, with the current ‘about’ page displaying Level 1.

The team want a level up to feel like a level-up, so expect even more useful features when GX finally dings and hits level 2! For now, you can download the browser over on the Opera GX website and give it a test drive yourself.