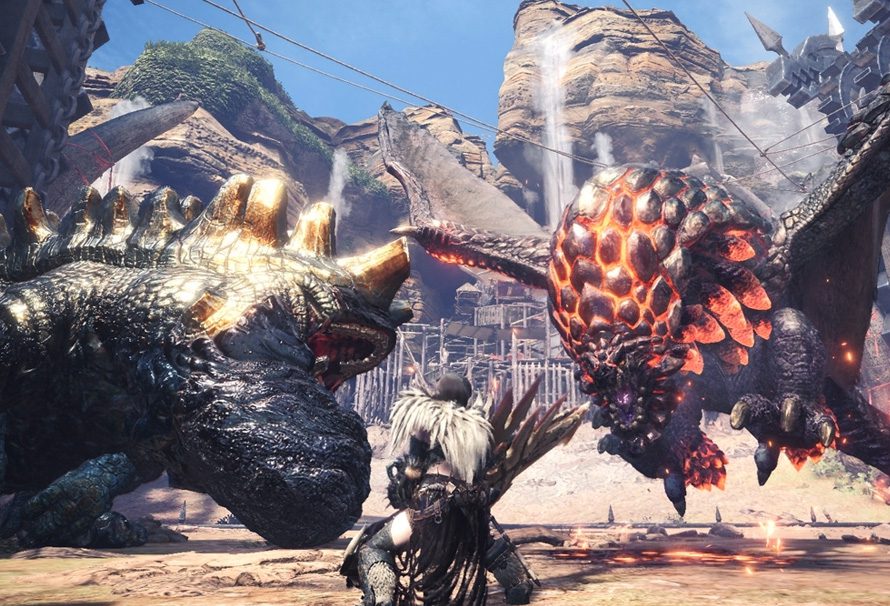 The day has come, Monster Hunter World is here on PC. Console owners have enjoyed the game for a while now, but it’s finally the day of the PC to strap a weapon on, get your nose to the ground, and hunt up some beasts.

We’re hugely excited for the launch, but maybe you’re not. Maybe you don’t know if it’s worth getting? So here’s our Monster Hunter World PC Review Roundup, read for yourself what people think:

“If you haven’t tried Capcom’s Monster Hunter: World you really should. Whether it’s on PC or console the game remains one of the best RPGs you’ll ever play, and the most inviting the series has ever been.

It’s clear to see why the franchise has such a dedicated following, and now that fanbase is set to grow ever larger thanks to the incredible steps the developer has taken to make this game more welcoming to many more players.

For those with a penchant for punishment, a soft spot for stats, and a crush on brilliant combat – you simply have to buy this game.”

“Fitting for the series’ first ever western PC version, this isn’t a case of bringing flashy new exclusive content but a supremely stable, confidently-put-together package of what got all the console players so excited about in January. If it’s the first time you’ve gotten a chance to see what Monster Hunter is all about, this is as good a starting point as you’re likely to get.”

“Monster Hunter: World’s PC version provides the same great hunting and gathering loops console players dove into earlier this year, and after having not played the series until now I’m absolutely hooked, both on the series and how the PC version enhances the experience. Adapting World’s console control scheme to keyboard-and-mouse comes with some minor nitpicks, but I’ve found the tradeoffs are worth it. And once the DLC makes its way to this version, PC players who’ve waited months for one of the best games of the year should have another deep and rewarding action-RPG on their hands.”

“It’s due to the freedoms Monster Hunter: World offers that I am happily putting more time into it after playing for well over two hundred hours on console. That speaks volumes for how rich the whole experience is. The biggest differences with this PC version are a few minor quality of life changes and a significant graphical upgrade. It’s not night and day exactly, but faster load times and better draw distance make it an absolute treat, so long as you have hardware that can handle it.”

“Like your character, Monster Hunter: World dresses its breathless combat in every assortment of the most arbitrarily complicated garb, all in the name of variety. It is an abyss of ‘replayabilty’, an exercise in patience and observation for the ultimate payoff: an infinite black sea of invigorating dragon murder. And a new hat.”

“Ever since the title was first announced, it was clear that Capcom was gunning for something grander than Monster Hunter Generations. It has succeeded, and this is likely the biggest and best that the franchise has ever been. It’s not just the comparative depth of the narrative; it also boasts almost seamless integration between combat systems that were previously incomprehensible for amateurs. The Monster Hunter formula has definitely honed its claws, and all the above factors play their part in making Monster Hunter World a meaningful evolution for the series at large.”

“Monster Hunter World is gorgeous and exciting. Its elegant systems are packed with depth. It’s hugely generous with a frankly bewildering amount of content, but still provides a firm, focused gameplay loop. The online experience is balanced, seamless, and challenging. But Monster Hunter World is also an unintentional reminder that the the glorious myth of dragon hunting only works as a shadow puppet show. Once you’ve seen that dragon’s home, its patterned scales, the beauty and terror in its wingspan, and watched it limp defeated back to its nest, swinging the blade a final time feels a lot less heroic. He who hunts monst, and all that. Cute cats though.”

“…Monster Hunter World on PC offers the same awesome experience that console gamers have been enjoying, and brings one of the best games of recent times to a slightly different audience. With the right kit you’ll be able to push the game further than anywhere else, and with the promise of future updates it’s likely to become the definitive version, even if it’s not quite there yet.”