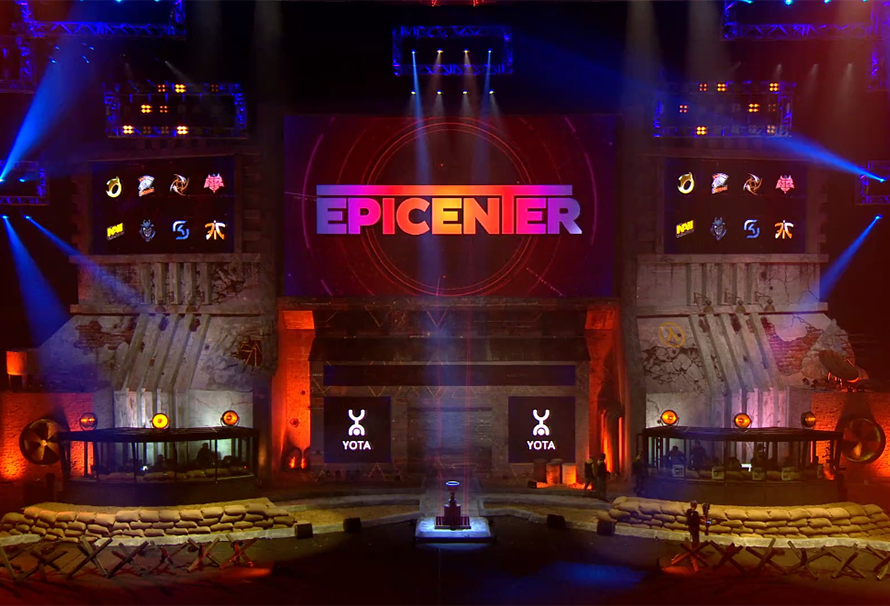 Most normal setups will not have enough monitors available for this weekend’s esports action, there’s just so much going on. Whilst it’s rare that more than two of the world’s biggest titles have huge events on the same weekend, there’s high level action in League of Legends, Dota 2, Counter-Strike: Global Offensive and a rare treat with some top tier Starcraft II. Here’s what’s going on over the next few days.

After Fnatic, Cloud9 and Misfits all lost in tantalising fashion last weekend there’s no Western representation left out in China for the culmination of another fantastic League of Legends season. Admittedly, all of the aforementioned teams went into their respective matchups as underdogs. Misfits came agonisingly close to taking the series from the formidable force that remains SK Telecom T1 but alas, it was not to be.

What this does mean, however, is that we still have four of the best teams left in the tournament and it should serve up some fantastic League. Although Western fans will not have a team to cheer for so to speak, all eyes will be on Lee “Faker” Sang-hyeok as he looks to make it four world titles at just the age of 21. The Korean superstars will go in as heavy favourites against Royal Never Give Up, whilst we may be set for an all Korean final with Samsung Galaxy big favourites against Team World Elite. It’s arguably the same old story in League, but the West came agonisingly close this year to breaking the mould. Can anyone stop Faker & co from taking home yet another title? Only time will tell.

Whilst the world has been quick to label a new look FaZe Clan as nigh on unstoppable, they fell to the most unlikely of foes earlier in the week to miss out on top four at Epicenter. The team that beat them, Virtus.pro, continue to be a thorn in the side of top teams despite showing awful form up until this tournament. There’s something about the big stage that makes the experienced Polish roster tick and despite being crushed on the first map 16-2, they bounced back superbly to take Cobblestone and Inferno and cause a substantial upset against Karrigan & co. Meanwhile, SK Gaming who earlier conquered FaZe have looked as strong as ever. When arguably the world’s best player Marcelo “coldzera” David is playing at his peak they’ll dominate most teams, and so it’s proved out in St Petersburg.

The two matchups see an old classic with SK Gaming against all-Danish roster Astralis who are beginning to look like the formidable force of earlier this year. The other semi-final will see French squad G2 take on FaZe destroyers Virtus.pro in another vintage matchup. The frenchmen, spearheaded by AWPer Kenny “kennyS” Schrub will feel confident, but VP have shown they’re not just here to make up the numbers. The CS:GO world is in for an intriguing weekend of exceptional fragging, that’s for sure.

Whilst it seems an age since a huge Dota tournament, the new-look professional circuit is now well and truly underway. There’s been two minors already, but all eyes now turn to Hamburg where the first major takes place. Eight teams, $1,000,000, a Mercedez-Benz for the MVP and naturally some epic Dota; it’s the perfect recipe for a fantastic weekend.

Undoubtedly the favourites going into the event are The International winning Team Liquid. Although they’ve not been seen in the online realm as virtue of their championship winning form and receiving direct invites, the one time we’ve seen them since and they romped home in convincing fashion dropping just one map. With this the last tournament on arguably the greatest ever Dota 2 patch, 7.06, the seven other teams have a monumental task ahead of them as they look to usurp one of the greatest Dota teams ever to grace the game. Sunday marks the six month anniversary of the last time Team Liquid were knocked out of a LAN tournament — a record which speaks for itself.

Arguably the main threat is Virtus.pro. A roster with similar hero-pool depth, should they turn up they can beat anyone on their day. The teams are matched in the same group so fans will likely be treated to multiple games between the two. There’s the first substantial chunk of qualifying points towards The International 8 on the line, too, so a top four finish is imperative for those looking to put their foot in the proverbial door ahead of what’s sure to be another mammoth tournament come August 2018.

Starcraft gears up to Blizzcon

Although it’s not quite the main event, the group stages of the WCS Global Finals 2017 take place this weekend. Whilst Starcraft tournaments remain somewhat of a relic these days, with the once extremely popular esports title now waning, this should serve up a treat for the die-hard fanatics who still hold an allegiance.

The esport has long been dominated by the South Korean contingent and it’s hard to see WCS going any other way. INnoVation, Rogue, Stats and GumiHo will all be in contention for the title and with all four hailing from the region that made Starcraft great, surely the trophy will once again return. The grand finals will take place out in Anaheim at Twitchcon, but this should whet the appetite for anyone who still follows the Starcraft scene.