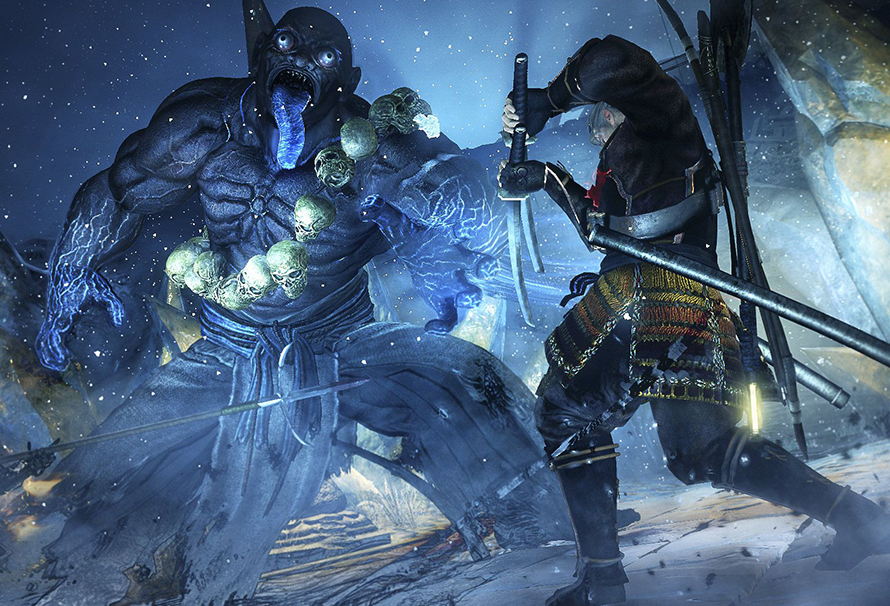 Tim’s life has drastically changed since his wife disappeared mysteriously. In one night, after suffering from the sorrow for a long time, he woke up in an unknown place instead of his house. While trying to escape from this place, he was hunted by a rancorous female spirit. Can he survive? Is this place actually his house? Does it relate to the disappearance of his wife? Some dark sinister secret is hidden inside this house, and it won’t be a place of happiness as it used to be any longer.

• Thai Horror – Environment is based on horror Thai setting and the narrative is inspired by Thai myths.
• Challenging Gameplay – Focus on stealth gameplay which requires player’s skill to overcome.
• Diversity of Gameplay – Puzzles and investigations are integrated into the game for variety of gameplay.

A musical action-adventure set in the recesses of the human mind… Welcome to the world of Figment. A strange and surreal world; a place filled with our deepest thoughts, urges and memories, populated by the many voices we hear in our heads.

This mind has been quiet and calm for many years. But something has changed. New thoughts have started to emerge – taking the shape of nightmarish creatures who spread fear wherever they go. The only hope is for the grumpy Dusty, the mind’s former voice of courage, to get back to his old self and help the mind to face its fears.

Join Dusty and his ever-optimistic friend, Piper, on an adventure through the different sides of the mind, solving puzzles to set things straight, beating back the nightmares and seeking to restore the courage that’s been lost.

Experience how traditionally hand-painted brushstrokes come to life in a world filled with surreal art, colorful illustrations and charming characters. Experience the unique artstyles of the joyful Freedom Isles, the radiant Clockwork Town and the ominous Pathways.

Music is an integral part of Figment. Explore a rhythmic environment full of trumpet trees, piano houses and singing enemies and discover how your actions influence this musical universe and its dynamic soundtrack.

Take an emotional journey to face universal human fears and help Dusty bring peace to the mind again. Overcome the Nightmares by using their dirty tricks to your advantage.

Figment offers various challenges for all kind of players. Swing your sword skillfully at the enemies, rack your brain to solve puzzles and combine the two in epic musical boss battles

SEASON PASS HOLDERS: THIS CONTENT IS PART OF THE SEASON PASS!

Things have taken a strange turn in the locked off wings of an abandoned hospital. A mad scientist and his hoard of undead guard their territory within the gothic halls. Outside an ominous sky of thunder, rain and lightning blankets the surrounding woods. Once again, you’ll have to craft, fight and scheme your way to freedom from this eerie supernatural slammer.

A brand-new horror themed map to escape from
New Halloween themed customisations
New outfits
New items and craftable recipes
Your goal is to escape at all costs!

Ready to die? Experience the newest brutal action game from Team NINJA and Koei Tecmo Games. In the age of samurai, a lone traveler lands on the shores of Japan. He must fight his way through the vicious warriors and supernatural Yokai that infest the land in order to find that which he seeks.

The Complete Edition contains the full game, as well as the three expansions with additional story chapters: Dragon of the North, Defiant Honor, and Bloodshed’s End.

Dragon of the North

This expansion opens up the Tohoku region, where the “one-eyed dragon” Date Masamune is secretly gathering spirit stones.

Fight your way through the Siege of Osaka’s winter campaign as you follow the story of one of Japan’s greatest generals from the Warring States period, the brave Sanada Yukimura.

Join the summer campaign of the Siege of Osaka as the Warring States period draws to a close in this, the final chapter of William’s tale.

Enjoy wearing the “Dharmachakra Kabuto,” a helmet exclusive to the Steam version of Nioh! You can claim yours by selecting “Boons” from a shrine.