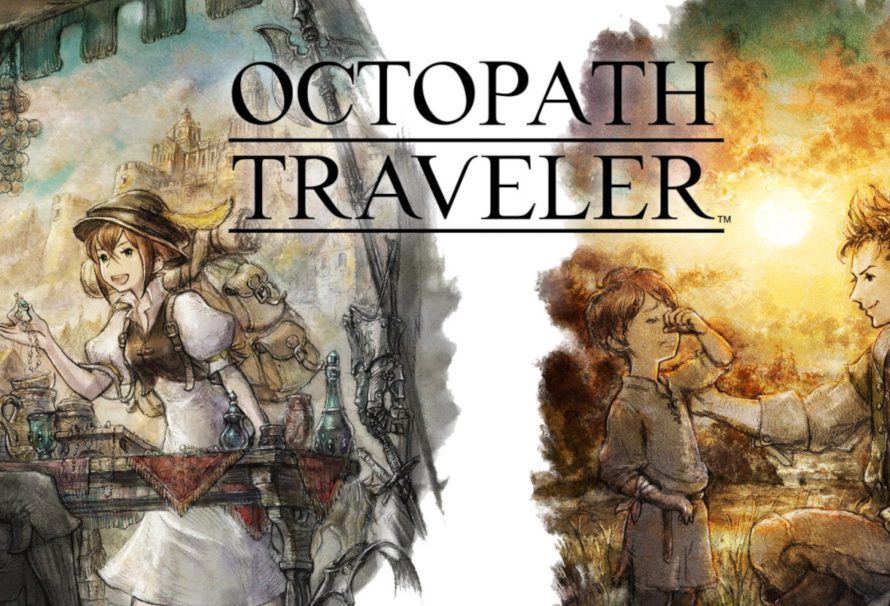 Square Enix’s retro smash hit Octopath Traveler is on its way to PC, after originating on the Nintendo Switch and delighting fans of old school RPGs in 2018. Critics praised the game upon its original release for its variety, score, and unique aesthetic, but if you’re still on the fence,  here are five reasons why you should pick it up, now that it’s made its way to PC.

If you haven’t cottoned on via the name yet – in Octopath Traveler you play as eight different protagonists, each on a separate adventure where they can encounter the other protagonists and add them into their party. This offers great variety, a far cry from your typical JRPG which usually focuses on one singular protagonist with a varying amount of character development. The variety in jobs is impressive – from Cleric to Dancer, Hunter to Scholar – options are available depending on who you pick – with the ability to specialize with a secondary job to help make your party unique.

Another defining feature of Octopath Traveler is the Path Action system, which affords each of the eight protagonists with a special skill that has applications in the overworld. For example, Therion the Apple-toting thief can steal powerful items from townsfolk, but his skill can also be applied in battle to see enemy HP. On the flipside, Alfyn the Apocathery can use Inquire to chat with townsfolk and reap important information, resulting in-store discounts and treasure locations. There are both noble and rogue path actions depending on your chosen protagonist, with the negative ones harming player reputation.

Where most modern Japanese RPGs have given up on the nostalgic aesthetic in chase of photorealism, shiny boots, and belt buckles, Octopath Traveller bucks this trend with its so-called ‘HD-2D’ art style (which has now been trademarked by Square Enix, don’t you know!) It creates this mysterious aesthetic which is just caked in depth of field and other post-processing effects alongside gorgeous pixellated character art who wander alongside 3D trees and fortifications. It’s unlike any other modern JRPG and if you like what you see from the screenshots, it’s definitely worth a look.

Where other modern JRPG’s like Final Fantasy XV and Kingdom Hearts 3 have opted for real-time action, turning the classic system into a nuanced hack n slash, Octopath Traveler opts for a distinctly old school turn-based battle system with the usual suspects – critical hits, debuffs, you know the drill. However, that’s not to say its without innovation – exposing enemy weaknesses, getting rid of shield points and generally working out the combat puzzle is part of the fun in Octopath Traveler, and key to why even in its most grindy moments, it still shines – especially when there’s a gigantic imposing pixel beast to slay.

The world of Octopath Traveler is incredibly varied. The game takes place on the continent of Orsterra and depending on your character playthrough the game will take you all over the place, through a number of exciting biomes. From the frost-tipped city of Flamesgrace to the misty melancholy of The Murkwood – Octopath covers a lot of ground, ensuring you aren’t bored by the same aesthetics when you’re pushing through its 60-hour story – which can easily turn into 100 if you’re the completionist type!

Octopath Traveller is now available on PC from Green Man Gaming, check out the store to get your copy.