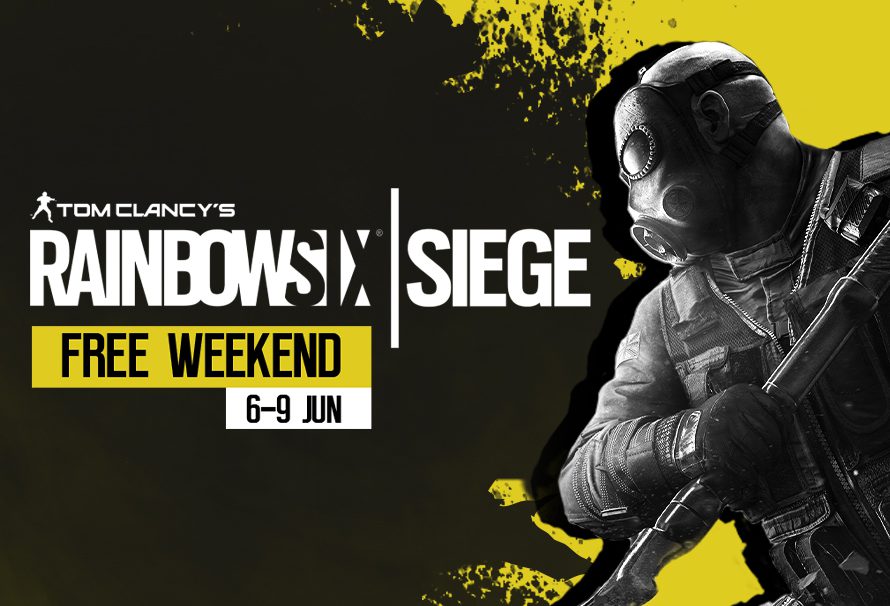 Rainbow Six: Siege has gone from strength to strength, and now as it enters its fourth year, it’s time for another free weekend.

That’s right, between the 6th and 9th of June you can play Rainbow Six: Siege for the grand price of nothing. If you want to keep it, you can grab it on our promotion, but these three days are entirely free.

When does it start?

But you might be thinking ‘why, even though it’s free, why bother playing?’. That’s why we’re here, to give you five reasons to check out Rainbow Six: Siege.

It’s gone from strength to strength

Even if you’ve already tried Rainbow Six: Siege when it came out and decided it’s not for you, there’s been three years of updates since then. New maps, new operators, new everything. There’s even solo modes now, so if you don’t want to play with people, you can have some fun.

The game’s been fine-tuned from what was already a damn good team shooter into something truly special. Every element has been looked at and in some cases, radically redesigned, to make this one of the best multiplayer games there is.

There’s an operator for you

No matter how you like to play, there’ll be an operator you like. Want to make alternate entrances or smash things down? Sledge. Want to leave some cluster bombs? Fuze. Want to set up a turret for your teammates? Tachanka.

Each operator brings unique benefits for the team, meaning no matter what you take you’ll be useful. And no matter your playstyle, there’ll be something for you.

The levels in Rainbow Six: Siege are absolutely destructible. If you don’t want to go around something, often you can go through something. Walls, floors, they’re all there for you to smash holes in.

Even if you don’t climb through you’ll be able to see through. Meaning you can make line of sight holes for you to get the drop on enemies. Marvellous stuff.

The difficulty curve is absolutely rewarding

The way that each match ebbs and flows with the action is something that’s unlike anything else, and getting good enough to make a true difference in a match gives you an absolute adrenaline rush. If you bounced off it before, maybe now’s the time to try again.

It’s unlike anything else

The simple fact about Rainbow Six: Siege is that it’s utterly unlike any other multiplayer game out there. On the face of it, you might think you’ve seen it before, but the way the game is handled in a thousand ways puts it apart from the competition.

For example, death. If you die in a round of Rainbow Six: Siege, you stay dead. That’s it for that round. Meaning you have to pay attention, it’s tense, you have to be aware of the situation before you go in. It brings a sense that what you do matters, something sorely missing in many multiplayer games.

Rainbow Six: Siege is free to play between the 6th and 9th of February, and you can play it for free here.