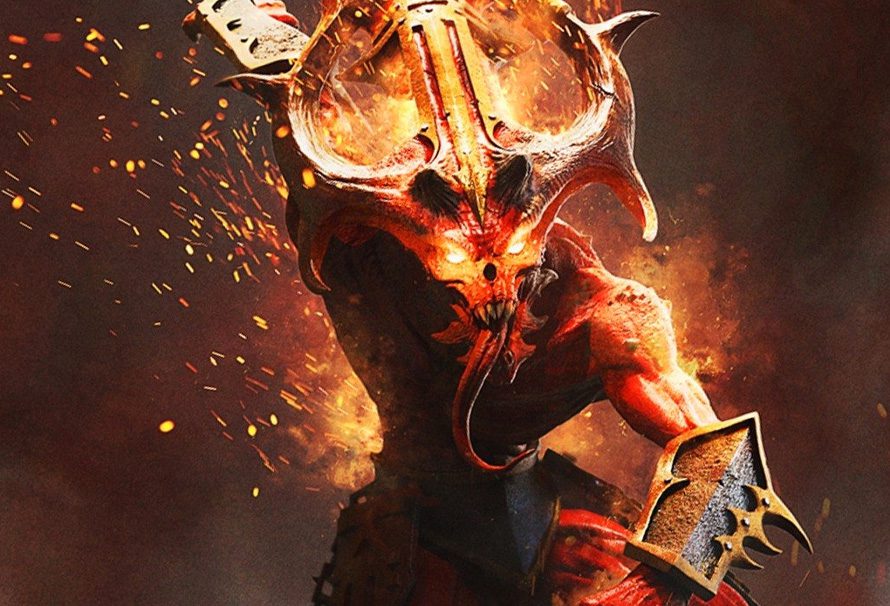 Warhammer: Chaosbane has ripped out into the world in a shower of gibs, if you own the Deluxe or Magnus editions.

Set in the old world of Warhammer Fantasy Battle, pre-Age of Sigmar, it combines that gritty, delicious Warhammer world with hack and slash action.

The question is, why has it taken so long for a game like this to appear?

Since the glory days of Diablo, fans have been crying out for a Warhammer aRPG. Warhammer is almost too perfect a setting for an action RPG like Diablo. With enemies in their thousands and a strong line of heroes standing firm against the oncoming dark, it just makes sense.

Sometimes there’s a perfect storm of idea and execution. Dawn of War made a perfect RTS, Space Marine is a perfect expression of being a giant walking tank of a demi-god, and Vermintide is the perfect way of experiencing the terror and dread of dealing with a plague of rat-men.

A Warhammer-based action RPG is the perfect mix of power fantasy and grim darkness. Instead, however, we have sadly been looking for a Warhammer aRPG with eager eyes for years. We even received a 40k one first, something which is still surprising.

Thankfully the wait is over. Enter Warhammer: Chaosbane.

Skulls for the skull god

There’s a lot to be said for knowing exactly what it is you want to do. A lot of games fall prey to ideas that don’t work, are unrealistic, or are just half baked.

Warhammer: Chaosbane knows exactly what it wants to be. It’s very much in the mould of Diablo, Path of Exile, or Titan Quest. You plays as a hero, you defeat scores of enemies, and loot showers out like a veritable cornucopia of goodies.

In Warhammer: Chaosbane you play as an Empire Soldier, High-Elf Mage, Slayer, or a Wood Elf Scout. Each brings its own unique flavour to the world, with radically differing ways to play.

The key innovation in Chaosbane is through skills. Despite showers of loot being very much a thing, the focus is more on skills. Some skills even play out differently to in any other aRPG, for example, the Mage can control fireballs directly. No more will your fireball be flung past a group of grunting nurglings, instead you can tap space and suddenly steer right into them.

With each class offering a different way to play, as well as hordes of enemies both weak and powerful to plough through, Warhammer: Chaosbane feels like the power fantasy aRPG and Warhammer fans have been looking for. And that’s before we talk about theme.

It’s hard to overstate how perfect the setting is for an action RPG. Set in grim sewers and Chaos-infested regions, Warhammer: Chaosbane is a delight both visually and thematically.

Each section of the game is themed after one of the Ruinous Powers. Seeing you face off against furious Khornate daemons, disgusting diseased creatures infested with Nurgle’s rot, sensual and sublime Slaanesh foes, and cryptic Tzeentch creations. It’s a true joy for anyone who’s got even a passing interest in the universe, and it shows off the work and care that the developers have put into making this a full Warhammer game.