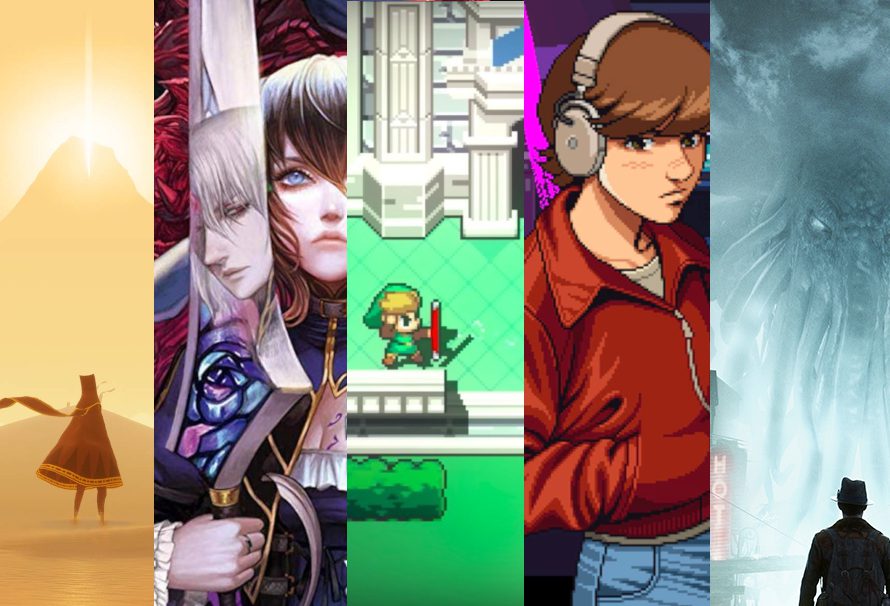 June is upon us with #Loveindies fever and with it comes E3. While this might not matter to everyone, it does mean that a lot of games should be announced in the coming weeks. In fact, there will probably be a few games released during E3 as people love a good stealth release. While many triple-A games will be announced, we are here for those good indie games.

This week also is the #loveindies celebration, so stay tuned to our social media as we talk about some of our favorite indies to date.

If you’ve never played Journey, then now is definitely the time to do so. This is a truly incredibly experience that is as close to a must-play game as anything can be. It is a simple, short, and highly emotive game that has you battling the elements and interacting with the peculiar world you find yourself in. It is quite simply one of the best games in recent memory and it is finally coming to PC on June 6th.

Bloodstained: Ritual of the Night

After what feels like decades, we are finally approaching the release of this Castlevania successor. Bloodstained: Ritual of the night has undergone a magnificent visual redesign and should bring unknown hours of monster slaying. It will be full of unholy things, an obscene amount of abilities, and probably a lot of traps. You play as Miriam, an orphaned Alchemist who has had a very troubled past. As a result, you have awoken from a ten-year coma and are one of the few who can fight back against the horde of demons that now infest the world.  You can start the hunt on PC, PS4, And Xbox One on June 18th, plus Switch on the 25th.

It is time to drop everything you are doing and dance, this time to the Cadence of Hyrule. A first for Zelda and Link, the game comes from an indie developer instead of a big name. You get to move in time to the beat to some incredible sounding remixes of the classic songs in the hope that you can save the world once more. It is coming to Switch at some point in June (expect a stealth release via E3).

If you long for the good old days, then this may well be the game for you. 198X is a coming-of-age story that has you jumping through different genres, characters, and games as you make your way through the story. It looks incredibly interesting thanks to the strange mixing of genres and styles and could well be one of this year’s dark horses. You can experience this nostalgia trip on PC and PS4 on June 20th.

If you like mysteries and tentacles, then this is probably the game of your dreams/nightmares. Playing as Charles W. Reed, an investigator who is plagued by visions, you have been drawn to Oakmont by unseen powers. Your only aim is to try and figure out what is going on, but the horrors that await you could well be more than you can take. It features an interesting investigation system as well as a dark Lovecraftian setting. You’ll have your chance to explore madness on PC, Xbox One, and PS4 on June 27th.