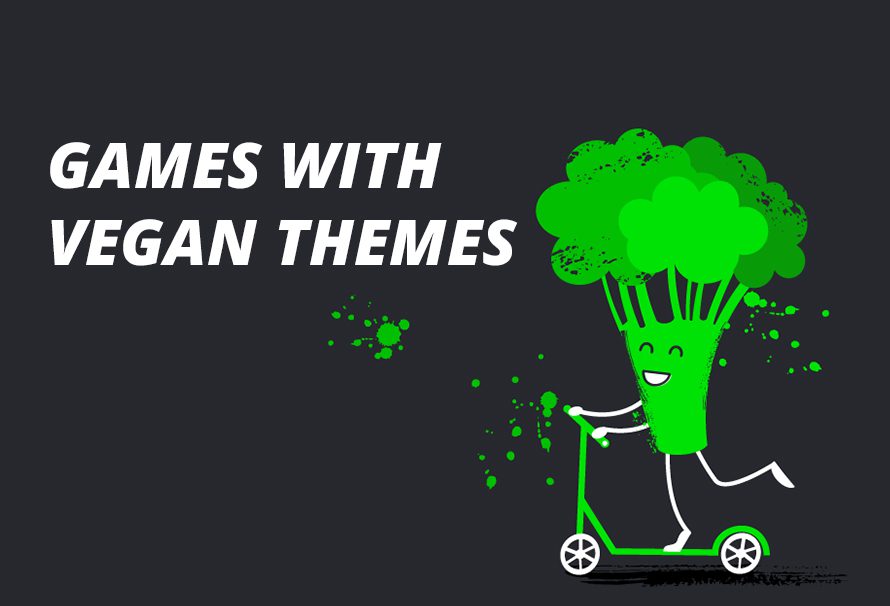 Veganuary is here, the time we all (or at least, some of us) put aside our chicken bones, pork ribs, and other meaty products for a month of eating a little less carnivorously.

But what about your video games? Well obviously the games themselves are vegan, apart from the blood, sweat, and tears of developers, there’s few animal products in code.

There might be vegan themes or characters in those video games though. Let’s take a look through the pantheon of video gamery, and pick out some games with vegan themes that you can play on PC.

Note: For this list we’re not going to choose games that you can play in a vegan style but it’s optional, like Minecraft. Because that’s cheating. Obvs.

What’s it like to be the meat? That’s what Abe’s Odyssee asks.

Not nice as it turns out.

Upon finding out that the main ingredient in a new line of foodstuffs will be Abe and their fellow slaves, they decide it’s time to escape. This new line of snacks is being developed due to the rapid extinction of the animals which make up the other foods. Evil corporations, insatiable and monstrous consumers, living creatures being killed for food, it’s no wonder Abe wants to flee.

Abe’s Odyssee combines empathy for a species destined for the abattoir with a strong environmental and sustainability message. It’s even been remade so it’s prettier and better on PC than ever before.

Sonic’s friends have all been stolen by the evil Dr Robotnik (yes, I’m still calling him that. Bite me.) and it’s up to him to get them back.

Whilst the main focus of Sonic is managing speed and platforming, the narrative focus is about freeing animals from servitude. They’re toiling away, without rest or comfort, in horrible metal cages designed to look like other creatures.

Thankfully a bop on the head and they’re free, and that’s where our hero Sonic comes in. No-one is better at bops on the head. Probably.

Ever been to an abattoir?

In That Cow Game, that’s exactly what you do. It’s a low-poly jaunt through a charnel house of meat, and it’s all the more affecting for it.

It behooves you to play this, vegan or otherwise. If only because more knowledge of where your food comes from is important.

Whilst a lot of animals are killed in this game, the point is awareness of the cost of the meat industry. And that’s probably the most vegan thing games can do.

Whilst State of Decay isn’t inherently vegan throughout its core mechanics, you can come across vegan survivors who can join your ramshackle group of zombie slayers.

Not only do vegans eat less than your other survivors, they get more morale from an upgraded kitchen unit.

That means you get happier people, for less! Maybe vegans really are better…

In the zombie apocalypse anyway.

ABZU is a game about exploration and wonder, but it’s also a game with a fundamental lesson about nature in it.

You see in ABZU you’re surrounded by fish most of the time, the game even gives you specific moments where you can just sit and look at them. Admiring the sealife as it goes about its life.

Later, however, ABZU has a specific lesson for you in it. That you’re tiny. That nature is big and absolutely beautiful, but also terrifying.

It teaches respect for your surroundings, a lesson, regardless of whether or not we eat meat, we should all learn.