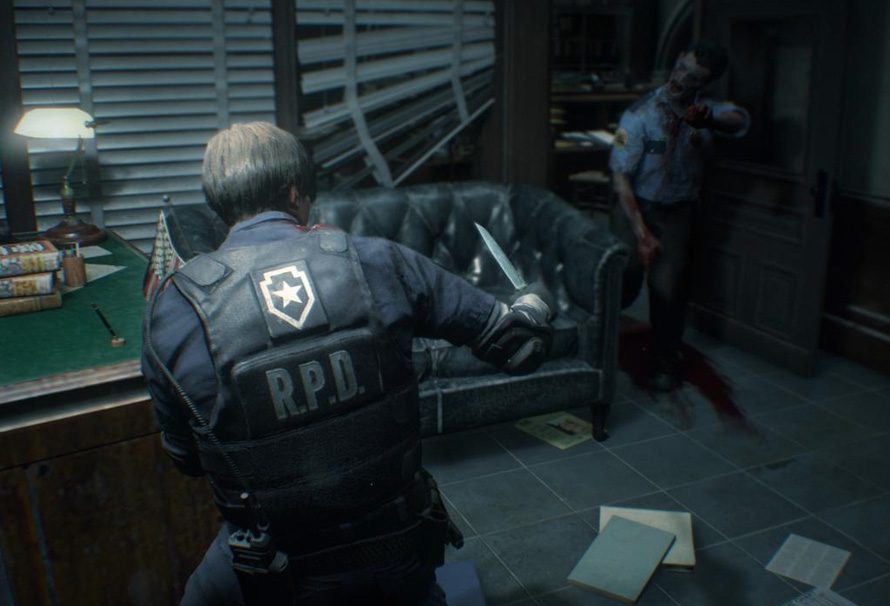 Resident Evil 2 / Biohazard RE:2 is the remake of the original survival horror game which was released by Capcom in 1998. It’s not just a remaster, the game’s been entirely rebuilt from the ground up. It’s time to go back to Raccoon City, it’s going to be a trip of a lifetime.

Resident Evil 2 – More than before

Resident Evil 2 was initially released on PC, PlayStation, Nintendo 64, Dreamcast, Gamecube, and the utterly forgotten Game.com. Released in 1998 it was the follow-up to the smash hit Resident Evil / Biohazard, the first in what would become a zombie slaying juggernaut franchise.

The new Resident Evil 2 remake retains much of what made the original great, whilst also putting a modern spin on the game with some additions. Tank controls and fixed camera angles aren’t the only way to experience Resident Evil, there’s now added third-person over-the-shoulder combat, akin to Resident Evil 4.

After the events of the original Resident Evil, most of the citizens of Raccoon City have been mutated into zombies. The T-Virus, developed by the Umbrella Corporation, has been unleashed and the city is rapidly becoming a wasteland.

Leon S. Kennedy, a police officer on his first day of duty, and Claire Redfield, a student looking for her brother Chris, are the two playable characters. Each has their own reasons for being in Raccoon City and for exploring the ruined environ.

Splitting up to look for survivors, each character’s story intertwines with the others through ‘A’ and ‘B’ scenes throughout the game. Additional characters, such as Sherry Birkin and Ada Wong, pop up and flesh out the roster.

Mysteries, secrets, and conspiracy awaits you in Raccoon City. Will our heroes survive the day and find what they’re looking for, or will the evil Umbrella Corporation have the last laugh?

Though there haven’t been any significant content updates to the Resident Evil 2 remake since release, they have put together a little Resident Evil 2 – Extra DLC pack. The Extra DLC pack includes two new skins for Leon, three new skins for Claire, a unique weapon and the option to replace all the new music and sound effects with the original music and sound effects, for that extra dose of Nostalgia. All additional content is also available with the deluxe edition.

Pick up your copy of the critically acclaimed Resident Evil 2 RE:make on the Green Man Gaming store.