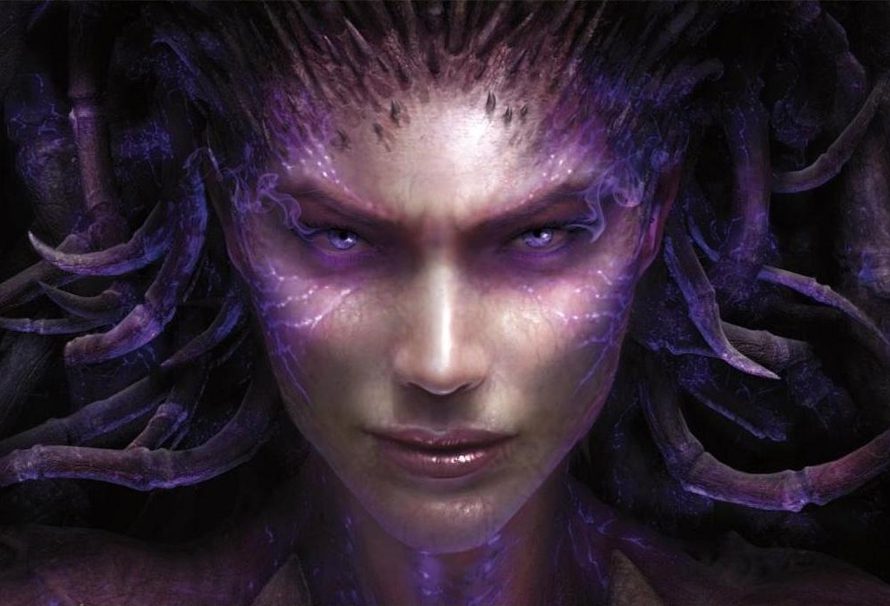 The PC is home to strategy games, a genre which works so well with a keyboard and mouse (and a desk for your favourite hot beverage). Whether we’re establishing trade routes with an alien civilisation, setting up control groups and harassing your opponent’s resources, or moving your massive army of undead across the map, we love strategy games. Here are the ones we think you should have in your games library.

One of the most popular strategy series in existence, Civilisation is at the forefront of turn-based strategy games, in the specific genre of ‘4X’ (eXplore, eXpand, eXploit, and eXterminate). Its up to you to lead your chosen civilization – such as Greece, Aztec, USA, China – through the ages and to come out on top on your map. You can achieve victory through war, diplomacy, scientific achievement or bureaucracy. Every iteration of the game introduces new changes and mechanics that tweak the original 4X formula to make it better and better. There’s no game that’s more ‘one more turn’ than Civilization.

The most APM (actions-per-minute) intensive game on the list, Starcraft is the RTS that stands tall above all others. It simultaneously hosts the most balanced and exciting esport scene in RTS, and has plenty to offer for newer players and those not interested in living at a consistent 150 APM. The three separate campaigns are some of the best designed yet, their co-op mode allows you to take on vs AI missions with friends and level up your favourite commander, and then there’s all the normal skirmish, ranked and team games too.

Recently released, Steel Division gives you command of armies during the invasion of Normandy in 1944. Set up like a fully animated war game, players pick their units from a selection of cards, deploy them on the battlefield and push the front lines to envelop, crush and defeat their opponent. The game features many types of historical units, and different divisions contain different units based on their doctrines. Its tough, looks great, sounds great, and the battlegroup mechanic allows for some interesting experimentation and meta to form.

Arguably more of a tactics game than strategy, Invisible, Inc combines cyberpunk with noir, and gives you a team of agents that must infiltrate corporations and achieve objectives, using stealth and turn-based strategy. Each level is procedurally-generated, so every mission needs exploration. Taking out guards and avoiding cameras is tough, and hacking terminals gives rewards but means you take more time. The clock is always ticking, and sometimes you just have to run and get out fast. A great little game for that strategy fix, and it looks amazing.

The Total War series, much like Civilization, is a cornerstone of PC strategy. It mixes the grand strategy and city building of Civ, but adds in real-time battles with thousands of units. Total War: Warhammer is the first of the series that doesn’t take place in a historical setting, adding magic, flying units, monsters and excitingly asymmetrical races that play very differently. Each race has its own objective, whether it’s simply to fight like the Greenskins, or to cross off all the grudges in the grudgebook like the Dwarves. There’s a play style to fit everyone, and it’s another one of those ‘one more turn’ addictive campaign games that you just can’t leave.

Our second 4X game on this list, this one is set in SPAAACE. If you’re not interested in reliving history and researching the written word and trade unions, why not play Stellaris and research fusion reactors and destroyers? Stellaris has a big focus on the ‘eXplore’ part of the genre, as your space-faring race starts off in one star system amongst hundreds. You’ll develop your technology in various ways, discover resources and other civilizations dead and alive, and take part in big space battles with your ships you’ve designed yourself. You can also create your own race to play, choosing how they look and act. There’s absolutely no reason to play as the xenophile humans.

One of the best best turn-based strategy games ever, XCOM-2 is a turn based, squad based game where you control a team of combat specialists on guerilla missions with the aim of taking back control of alien-occupied Earth. In between missions you’ll be upgrading your base, building facilities and training new soldiers – which can be customised to no end. As soldiers grow in XP, they develop specialisms and unlock powerful abilities for their class, which includes rangers, snipers, heavy weapons specialists, robotic combat units and even psychic-ability users.

Combat comes with all the ups and downs of turn-based squad combats, with clutch shots to save the day to devastating critical hits on your beloved squadmates. In X-COM, when your soldiers die, they proper die. There is nothing in the world quite like the attachment you will form to your soldiers and when you lose that squaddie, you might just be heartbroken. And without a world-class alien-killer.

It’s got a solid campaign and great variety of missions, really improving on the few areas from the previous instalment that needed some love. If you like a challenge, then this is definitely one to pick up.

Frozen Synapse is a simultaneous turn based real time squad based strategy game. OK that’s probably confusing, but here’s how it works: you’re in control of a squad with a top down view of where your squad is and where your enemies are. You plan out each member of your squad’s moves, from running to looking in a direction, to crouching to laying down covering fire. You can also plan out what you think the enemy will do, and then simulate that to test if your plans will work.

Then you hit execute, and watch as it plays out in real time. Every order you give takes a chunk of time, which then plays out in the execution phase. This allows you a level of control and a tactical depth that means you’re in utter control of your squad, and any failures and successes are yours alone.

For squad based strategy, Frozen Synapse can’t be beaten, it has a well written campaign and also comes with a multiplayer mode that lets you play multiple matches at once, if you’re so inclined.

It also has a banging soundtrack.
Thats our list of strategy games you should own. Did we miss out any?

Too much esports? There’s no such thing...