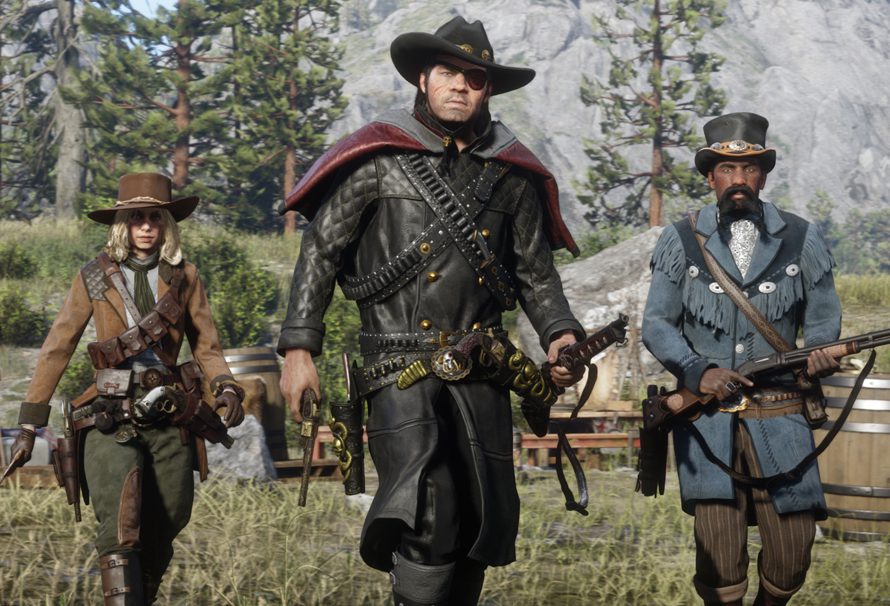 Being an Old West outlaw has very few perks – there’s a distinct lack of job security, no danger pay and the possibility of a cougar tearing you to pieces every time you wander in the Wild West. However, perks of the lawless job include treasure maps, a relic of a bygone era that can lead to precious loot in Red Dead Redemption 2’s campaign and Red Dead Online. In this article, we’re going to show you how to find treasure maps across both modes, how to redeem them and their rewards.

Whether you’re a new player or a seasoned veteran, you’ll most likely be familiar with treasure maps in Red Dead Online. You’ll get one for finishing the tutorial, and then subsequent treasure maps will unlock as you rank up. You can also get treasure maps for clearing out Gang Hideouts which crop up at random points on the map.

Open up your satchel when you receive one and you should see it at the top of your inventory. Open it up and the game will zoom out to a map mode, offering a vague cross-section of the map for you to study. This part is random – treasure chests and lockboxes can appear in different parts of this map marker, so make sure you explore them in their entirety. Crucially, you need to activate Eagle Eye, which is what you usually use to track down animal trails and hunt prey.

Once you’ve turned the world grayscale, you want to wander around until you feel a vibration in your controller and follow the strength of the vibration. Beyond that, you can also use Eagle Eye to spot chests if you’re within a certain vicinity (this can be upgraded through the Collector role.)

You’ll see small particles floating around the top of the chest, highlighting it in yellow. There you go!

In Red Dead Redemption 2’s campaign, things are a little different. You have to buy or stumble into treasure maps to kick off the contained missions they provide. Each treasure is more developed than the online counterpart and requires a good few more steps to be completed.

How to unlock: This map is available to those who purchased the Special and Ultimate Editions of Red Dead Redemption 2.

How to unlock: Stumble into Maximo Valdespino, treasure hunter after you complete Chapter 2. If you can’t find him, eventually you’ll be able to find the map at your local Fence.

How to unlock: Head to Cairn Lodge in Ambarino, near Cairn Lake, and look under the bed for a lockbox.

How to unlock: You’ll find this map via a random encounter with a lost man near Riggs Station or Cumberland Falls – again if you can’t find him, buy the map from your local Fence.

How to unlock: This is a PC exclusive treasure map that can be unlocked by heading to the Obelisk, a point of interest marked on the map near Strawberry.

How to unlock: Head to the Sea of Coronado in New Austin and look for a corpse – shoot the rope to drop the body and loot it for the map.

For more Red Dead Redemption 2, head over to the Green Man Gaming Community site and join the conversation with all our gamers.