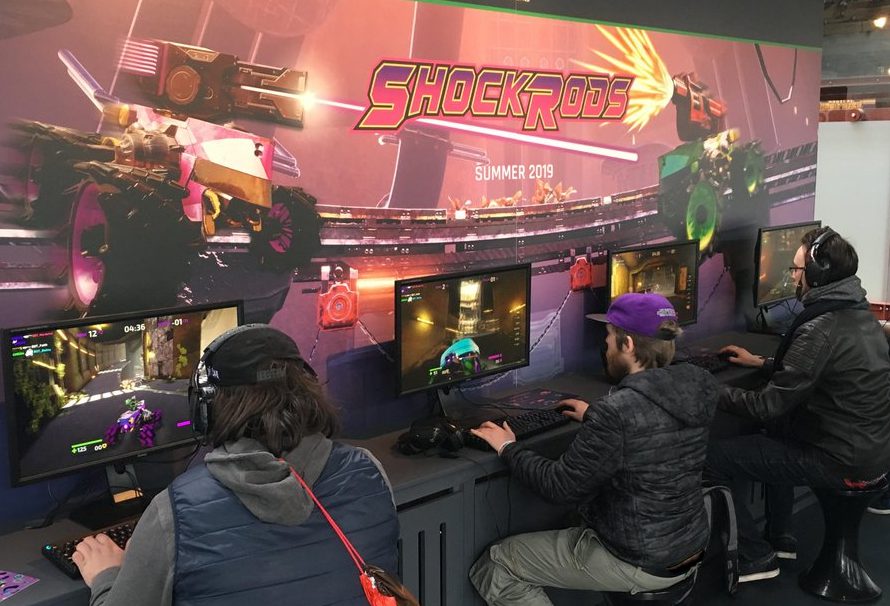 With the final round of Beta testing for ShockRods, the upcoming title from legendary developers’ Stainless Games, over last weekend, we thought we’d share why the community can’t wait to play the game fully when it releases on May 30th.

The beta sessions saw the community put the game to test with exciting explosions, plenty of shouting and screaming down microphones across Europe and North America and 6v6 multiplayer mayhem. ShockRods delivered a very new yet somehow familiar style to the genre of vehicular combat. But why did the community enjoy ShockRods so much when they tested it?

The human race has a deep love of cars and destroying stuff. The combination of the two stirs an almost primal exhilaration. The James Bond franchise for a long time was often hyped around the exhilarating car chase scenes. Even in video games, early releases such as Twisted Metal 2 or Destruction Derby, as well as mega hits like Mario Kart, prove that combat with cars has a place in our hearts, though the genre has mostly stuck with the same formula.

Today, car games focus on the same aspect: racing. The games become about finishing first, with combat as an afterthought. The only title to break the norm on this is Rocket League, with an arena style game mode that essentially eliminated the combat altogether. Enter ShockRods!

ShockRods merges intuitive vehicle mechanics with some good old-fashioned arena style combat. Add to this a visual style that is very fortnite-esque with colourful and fun graphics, that elevate the fun factor to 11. With a number of overpowered weapons to choose from, it tempts you into simply letting rip on your enemies and fills that urge to destroy stuff.

Gamereactor’s early impressions of ShockRods cited “motorised madness” and that the game had all the ingredients needed to make it a success.

The Green Man Gaming Crew caught up with Neil ‘Nobby’ Barnden, Game Director at Stainless Games, at the recent EGX Rezzed event in London to find out the thought process behind ShockRods.

“Stainless Games are best known for our car games and when we’re not making those games we’re playing old school first person shooters such as Quake and Unreal. ShockRods is a merger of these two loves. It’s a 6v6 old school team based shooter, but with cars,” said Nobby.

But, how did they get the vehicle movement as beautifully smooth as it is in the game.

“In the past you had to sort of steer where you’re aiming and we never felt that was something that felt successful. Adding omni-directional wheels was the solution. These wheels allow the player to move in any direction. From there, all we had to do was add the boost and jump mechanics and you could move your car in a massively three dimensional space, with very fast paced action.”

ShockRods is now available to pre-order for early access release on May 30th at Green Man Gaming. For more information, visit www.shockrods.com, join the ShockRods Discord server﻿, or follow@ShockRodss on Twitter.