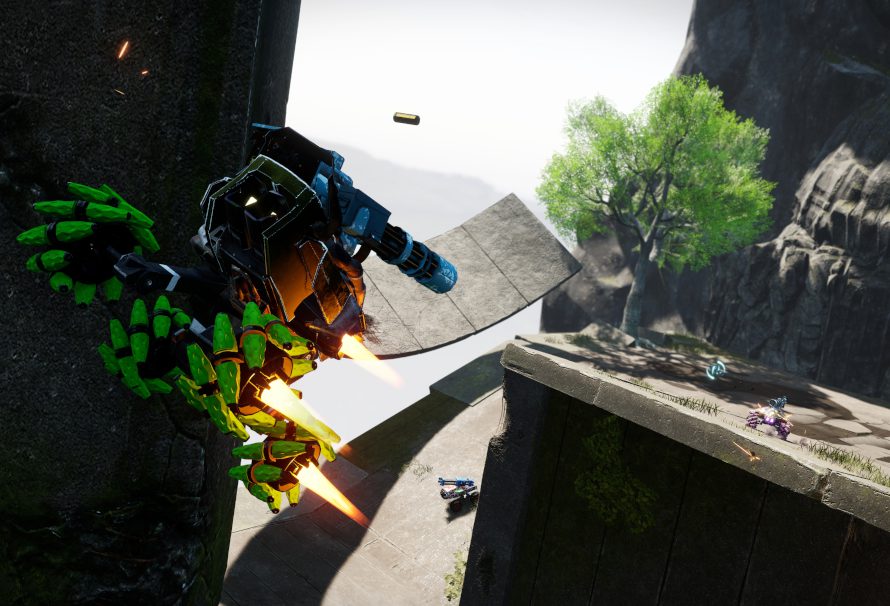 Most developers will take a break after launching a game, enjoy the moment perhaps, as their work of art goes free into the world. This was not the case for the team behind Shockrods, as they went straight back to work on their Arena-Style shooter, and only a month after release have brought us the first content update, including new cars, map, a host of UI and gameplay changes and some controller love.

Releasing yesterday (25th November), only a month after the games initial release, Stainless Games are keeping their promise of bringing exclusive new content to the game on a regular basis. In this first update, this took the form of 3 new fully customisable cars to hunt down your enemies with on an all-new map, Stormdrain. Along with this they have introduced aim assist for those who prefer the controller experience, with full button re-mapping also now available.

UI updates include enhanced visual effects as well as having the current game mode shown on the scoreboard. On the gameplay front, other than improved controller support, pickups will now gravitate towards your vehicle as you pass by them and AI behaviour has been improved. The update also brings improvements to matchmaking for online play.

The first major update for Shockrods arrives just in time for Black Friday, so if you haven’t already there is no reason to not pick up this classic style competitive shooter with a seriously modern twist.