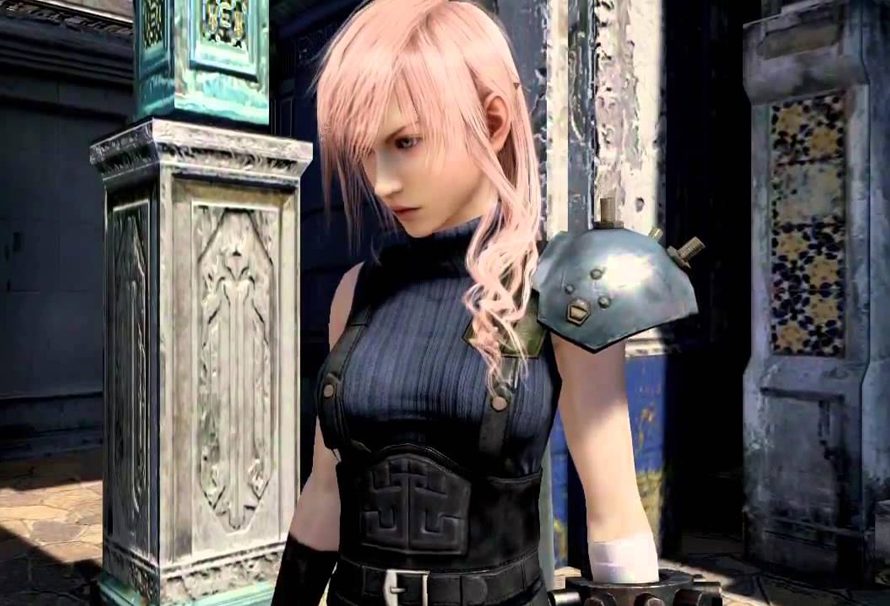 So Final Fantasy VII Remake opened to great success! It’s been praised for its linearity and it’s fast-paced battle system almost like a certain most hated game in the franchise…Hear me out! I know Final Fantasy XIII in the fandom’s eyes, was a disappointment and one of the worst in the series, but if you go back and play it now, especially after VIII Remake, you’ll be stunned at what some people once hated about Final Fantasy XIII is what makes= Final Fantasy 7 Remake such an adventure!

The two games have always had a history together. Development of Final Fantasy XIII moved from the PS2 to the PS3 only after the great reception from the Final Fantasy VII tech demo shown for the PS3 during E3 of 2004. The battle system of XIII was also said to be made to seem like the fight scenes seen in the movie Final Fantasy VII: Advent Children, heck even a demo of XIII was bundled in the japanese DVD release of the film.

The games feature calm, collected & cold protagonists who also have a secret soft spot that gets revealed to the player throughout the story, Cloud and Lightning. If the similarities aren’t abundant already, Lightning was actually based off Cloud. Both are ex-soldiers that are now charged with leading a ragtag group of heroes. The story elements don’t stop there however.

Both groups of people are on the run from an evil military government type organisation in the form of Shinra & The Sanctum respectively. Both stories feature small vigilante groups hellbend on taking down the bigger forces at play. These resistance groups also share similar mascots with Final Fantasy VII’s Avalanche being represented by a dog and Final Fantasy XIII’s NORA being a cat. Without spoiling too much of these over 10 year old games, both groups also feature great losses to the main cast of characters by the end of the story.

Even when the story isn’t concerned, the gameplay from both of these games is very different but also manages to retain many similar elements. If it ain’t broke don’t fix it, is the motto series’ such as Dragon Quest adopt when it comes to their battle systems, staying turned based throughout their series even up to 2017’s Dragon Quest XI. Final Fantasy however, changes with every iteration, becoming more fast-paced and modern.

This was especially perpetuated by XIII and it’s paradigm shift battle system. The battle system saw focus on quickly managing your party and loosely categorising abilities and attacks to different modes which characters could swap in and out of. All this whilst racing the ATB bar filling up which allowed you to use attacks, made for a battle system surrounding management, strategy and thinking on your toes.

VII Remake relies on quick hack and slash gameplay almost to the standard of your average Bayonetta or Devil May Cry game. This coupled up with the ability to constantly change character during battle, made for an even faster experience than Final Fantasy XIII. This didn’t mean traditional JRPG tropes were missing though. Needing the ATB bar to be full enough to use certain moves keeps the game from becoming too frantic. Along with other elements such as staggering, status ailments and other typical Final Fantasy constants means the gameplay of Final Fantasy VII Remake manages to stay quick and visually impressive and hectic, changing from character to character whilst pulling off the coolest moves, finally cementing the idea of making a battle system akin to the Advent Children movie.