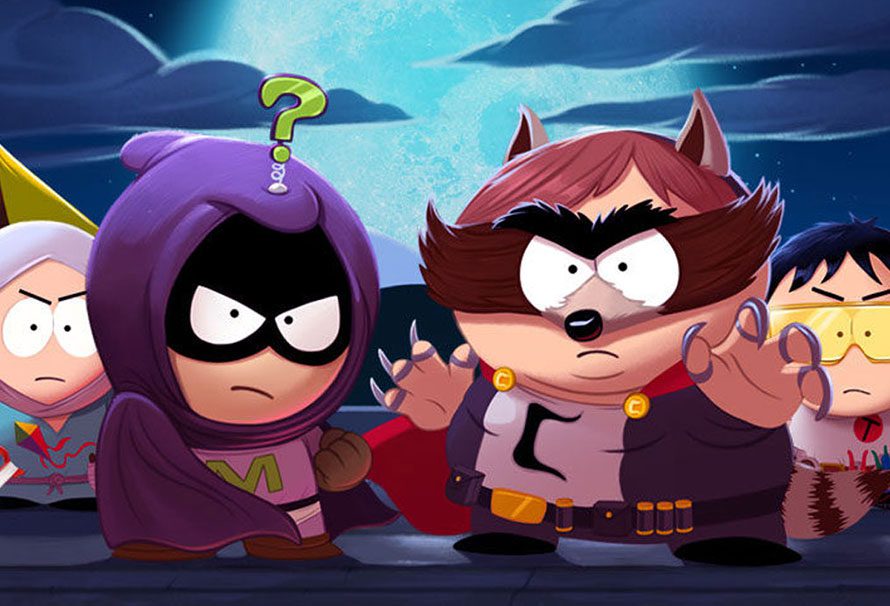 Ever since South Park: The Stick Of Truth was released back in March 2014, the game has been received nothing but appreciation from South Park fans and gamers new to the series. It’s mix of crude humour and clever story telling combined with classic turn based RPG gameplay was just what the South Park franchise needed. It constantly referenced the South Park TV show and pop/geek culture in general and it was genuinely a very enjoyable game.

Running off of the back of The Stick Of Truth’s success the next South Park game is just around the corner! South Park: The Fractured But Whole replaces it’s fantasy theme with Super Heroes. Taking inspiration from past South Park episodes, comic books and both the Marvel cinematic universe and the DC extended Universe. Here is all we know about the upcoming game in all of its super hero glory.

One of the really cool features in this new South Park game is the fact that the character only take up their hero personas when night falls over South Park. For example, By day Eric Cartman is just your usual foul mouthed school kid. By Night He is ‘The Coon’ the only hero who can sort through the trash of society and the founder of the super hero group ‘Coon and Friends’. It’s a really cool idea that not only is classic to the super hero genre, but also gives the games developers a lot to play with.

Even though The Fractured But Whole features the vast majority of South Park’s cast, you play as the new kid, a new character which you are able to customise how you want. You are able to select what type of super hero you will become, and what powers you will have. Much like the Stick Of Truth you will be able to select your base character class and build your character up from there. You will also play out your origin story from the very begging. meaning you will find out the true reason about why you manifested such power!

As a side note, from my hands on time with the game, your origin story will be told by Cartman as you play it out and it’s hilarious.

The Stick of Truth had a great turn based battle system which everyone loved. This time around, the Fractured But Whole still uses a turn based system but builds upon it. This time around you are able to move your the members of your party forwards and backwards in order to execute the perfect super hero attack or avoid the enemies devastating blows. Super moves have been included which can potentially wipe out enemies with one hit. Check out the trailer below (be advised as this is a South Park game, bad language is used)

We cannot wait to get our hands on South Park: The Fractured But Whole when it comes out early next year. Whilst you wait here is a GIF of me playing the game with the Nosulus Rift. The Nosulus Rift being the head set painstakingly made by the games developers in order for the player to smell every fart that is produced in game. The experience was… interesting.