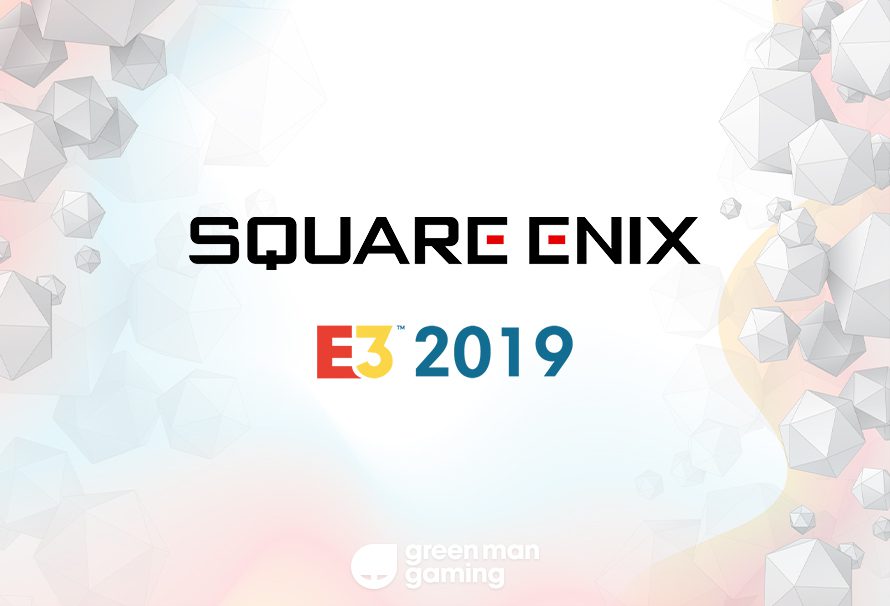 Square Enix is definitely the most contrasting publisher conference at E3 historically, though it’s hard to keep ones excitement in check with what’s been pencilled in for this show in recent weeks. Needless to say Square Enix smashed it out of the park with a combination of AAA fan pleasing glory combined with a deep roster of new titles, remasters and western ports of JRPG classics to keep even the most hardcore fans happy.

For the purpose of this roundup though we’re going to focus on the large reveals from the big names, as Square Enix gave us a deep trough of yummy reveal goodness for the titles that they knew everyone came to see. Strap in ladies and gentlemen, if Microsoft brought the heat then Square Enix just started a fire.

From People Can Fly studios, the makers of Gears of War: Judgement and Bulletstorm, we have a very intense, visually dark first person shooter. All we saw was a cinematic reveal trailer, though an entirely impressive one by anyone’s standards. It does however come with a promise of a summer 2020 release for a “drop in, drop out” one to three player co-op shooter with a mature narrative.

Though there is very little in details available right now this is definitely one to look out for in the future.

If you, like me, were in any way a fan of the original game, then what Square Enix just showed us will probably blow your mind into an infinite number of tiny fragments.

After dropping the release date and a new trailer just the other day, many would have probably been happy with just a simple gameplay trailer. That is not what we got. No, what we got was a full deep dive into the mechanics of the new battle system, showing us combat for no less than 4 main characters from the game, including an entire boss fight sequence. As someone who was very ready to be deeply critical of the new combat system I must say, they absolutely nailed it.

But we will cover this more deeply in another article. Some other noteworthy details given to us by Producer Yoshinori Kitase was that they have indeed deeply expanded on the iconic Midgar city as well as each character in the game. The first part of the remake coming in March of 2020 carries promises of not only containing enough content to fill two blu-ray discs, but that it absolutely will not disappoint fans and new players alike.

If there was ever any doubt that Square Enix would do this game justice, I can confidently say as a super fan that every one of them have been silenced by what we saw. With a March 3rd 2020 release date you can pre-order the standard and deluxe editions for PS4 from the official website now.

As if my heart hadn’t had enough yet we finally got the drop on a brand new Avengers game. Immediately identified as telling it’s own unique story from Crystal Dynamics’ vision of their marvel universe, you’ll be saving the world as Captain America, Thor, Bruce Banner, Black Widow and Iron Man in single player and co-op through a narrative that depicts the Avengers in hiding.

To summarise what we know, when an experimental technology nearly stolen from the Avengers goes awry and kills thousands of civilians, they must put their hero days behind them as the world turns on the Avengers, until a great evil threatens earth as its mightiest heroes must find the strength within themselves to become heroes once more.

We also got to meet the cast that features industry heavyweights Troy Baker and Nolan North alongside Jeff Schine, Travis Willingham and Laura Bailey as the main cast. We were treated to a nice introduction of their characters from each of the actors as they gave us one liners on their approach to the character. With all of this one can’t help but feel that Crystal dynamics are making a point that we will be seeing our favourite marvel characters as people, vulnerable and human which is a story direction I welcome gladly.

Though we did see what appeared to be gameplay like footage it’s still hard to tell how the control scheme will work with no details given on any character progression elements. There was an Antman teaser though, so that’s cool.

Marvel’s Avengers from Crystal Dynamics, Marvel Game Studios, and Eidos Montreal will be launching on Xbox One and PC with Early Beta access and unique benefits exclusively for Playstation customers, is launching 15th of May 2020.

This wasn’t a conference, this was an assault on my heart rate. The hype is real in the Square Enix corner at E3 this year as the first half of 2020 is shaping up to be a very busy period for gamers.

If you want to be a part of the conversation, head over to the Green Man Gaming Forums to see what our thriving community thinks of these announcements and let us know your own thoughts.