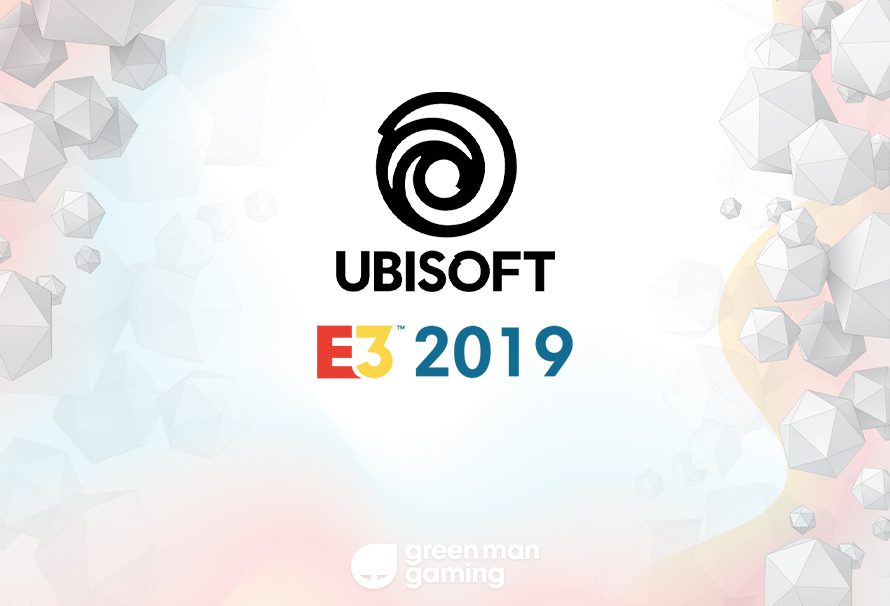 The Ubisoft conference promised to bring some big news with leaks galore in the days running up to their E3 conference. Let’s take a look at all the juicy details announced.

Before the show even started we actually got our first big drop of the evening with Assassin’s Creed Odyssey’s new Quest editor, where players can create their own quests in the game and share them with friends bringing no end to new content for the game.

The new Story editor is available now for free to all players of Assassin’s Creed Odyssey.

Now on with the main event, and boy did they open with a bang! Watch Dogs Legion is set in a post-brexit dystopian London, giving us a rather chilling introduction to a city on the edge, a big brother state controlled by the criminal underworld in the absence of government. You are Deadsec, no that’s not a person, in fact if you played Watch Dogs 2 you’ll be very familiar with the cyberspace freedom fighters. My point is, you are not a single person, you are every single person. Let me clarify: Every single human you see in the game can be recruited into deadsec, every single human you see in the world is a fully realised and voiced character that you can take control of, they all have a story, they all have their own set of skills and they even have their trigger points that you can exploit in order to recruit them.

“Everyone has a reason to fight” is the tag line we’re treated to at the end of a fantastic gameplay trailer. We got to see that if your player dies, they stay dead and you simply take control of a different member of your team meaning that your actions will have lasting effects on your game world.

Watch Dogs Legion has thrown out the rulebook for single player story games and is bringing something very exciting to the table with this new instalment.

Watch Dogs Legion is coming out on March 6th 2020 and is available for pre-order from the official website or you can wishlist it on Green Man Gaming.

Rob McElheney (of It’s Always Sunny in Philadelphia fame) revealed a new show brought to you by the Always Sunny crew. Ravens Banquet tells the story of a fictional game studio’s creative director on the cusp of releasing a new DLC package for the biggest MMO on the planet, Mythic Quest.

There’s not much else to say about this except that it looks pretty funny, but you can judge for yourself.

Mythic Quest Ravens Banquet will be landing exclusively on AppleTV+ though no release date was announced.

After getting a pretty excellent gameplay trailer not that long ago, Ubisoft decided to take this occasion to really show off the games star power with John Berenthal (and a dog) giving us further insight into his character and main antagonist for the game Cole D. Walker. We got to see a short trailer showing Walker giving a rousing speech to his comrades, detailing his manifesto.

We also got treated to a new cinematic trailer for the game.

Ghost Recon: Breakpoint will be landing on Xbox One, PS4 and PC on October 4th, you can pre-order the game from the official website now to get guaranteed Beta Access or wishlist it on Green Man Gaming.

A new mobile game combining some of the most iconic characters from the Tom Clancy video game universe in what looks like a PVP turn based shootout.

We got little more than a teaser for this title, what we can say for sure though is that it is a three player tactical co-op game coming in 2020 where it appears you are fighting to escape the clutches of a deadly parasite. Unfortunately that’s all we know, but we can easily speculate that this game is going to bring something very different for R6S fans. We can also speculate that it’s probably going to be brilliant, considering the pedigree of the Rainbow Six franchise.

The first big news we got from the Division 2 team was actually that the game will be having a free weekend from the 13th – 17th of June. We also got some updates about year 1 content.

Episode 1, coming in July takes the fight out of Washington DC into the woodlands for an assault on a presidential bunker assumingly overtaken by bad guys. We also head to the National Zoo and Kenly College. Episode 2 in the fall takes us to the Pentagon and will bring the second 8-player raid for players. The third and final episode for year 1 content was simply teased as having you engage in a new manhunt, coming 2020.

We also got confirmation that the Division Movie will be made in partnership with Netflix, bringing another example of Netflix diving head first into gaming IP’s after announcing the Russo brothers will be working on a Magic: The Gathering TV series for them.

I have to admit, I was sceptical when we first got the leak a few weeks back for this. However seeing the first actual gameplay footage of the game has me feeling excited for this new team based PvP sports game. This title is aimed squarely at the slightly more casual e-sports crowd. With fantastically colourful visuals and deep customisation options for your characters appearance this game feels like it could be an unexpected hit.

But you can decide for yourself with the free demo available on Uplay between the 10th and 14th of June.

The last announcement of the show comes from the Ubisoft Quebec team that have been responsible for many of your favourite Assassin’s Creed Games. No they did not announce a new AC but we did get a little tease for Gods & Monsters.

Stay tuned for future details from all the above announcements and don’t forget, there’s still plenty more E3 to come this week, stay up to date with the latest announcements with the Green Man Gaming forums and be a part of the conversation. You can also pre-purchase or wishlist your favourite games announced at E3 2019 at Green Man Gaming.