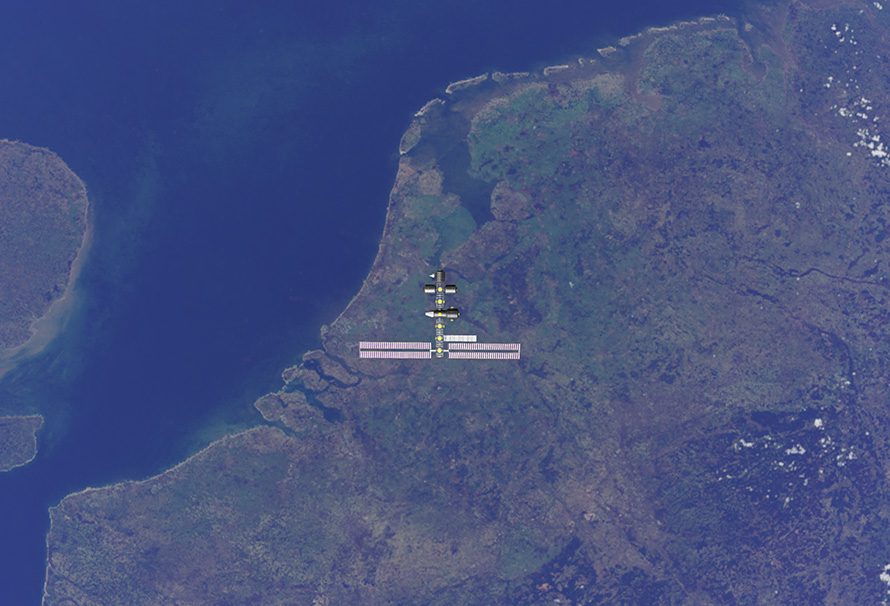 As you know, Stable Orbit recently launched into Early Access. This space station simulator provides players the chance to build and maintain their own space station, much like FTL: Faster Than Light & Kerbal Space Programme. Thank you to everyone who has played the game so far, provided feedback, and left reviews. Jim has been working away on the first update, and we’re pleased to present the initial roadmap for Stable Orbit.

So here’s what you have to look forward to:

Initial Modules
These are the basic resource components of your space station! The Shuttle Dock will allow astronauts and supplies to be delivered to your station; Solar Array’s will provide the station with power; while radiators will prevent the station from overheating.

Construction
Truss structures allow you to expand your station, and shape it to exactly how you want it to be constructed. We’ve seen some great screenshots from players so far, and we can’t wait to see how crazy it’ll get with future updates!
Resource Management
Keeping everything in working order in space can be quite a challenge! Currently, you need to manage oxygen, power, heat, food and water as well as keeping everyone alive, and this will evolve as the game progresses

Storage Management
Modules in the Early Access version of Stable Orbit were designed in the same way space stations modules are – Full of redundancies! Shuttles carry so much food, oxygen and water on board that you rarely have to worry about those resources. Well, no more!
The first update will expand upon resource management and introduce advanced storage management to increase difficulty. This will also include changes to the way your crew will behave – They’ll work in shifts, and won’t board the station if it’s not safe to do so. Supply pods will no longer provide oxygen, and you’ll have to construct oxygen extraction modules in order to refuel your station’s air supply.

Science & Waste
Currently, there’s a direct link to crew working in labs and generating revenue for you. This will evolve so Laboratories will produce ‘Science’. This can be used to fulfil commercial research contracts, which will earn you money. It can also be spent in the research tree to unlock new module types.
Waste becomes another problem for you to manage. Build up of waste will affect living conditions and the health of your crew. However, recycling of waste can allow you to reclaim valuable resources.

Graphics
Almost all the graphics in the game are placeholder. Updating the graphics will be focusing on overhauling the rendering system for overall performance enhancements, and upgrading the look and feel of station modules.

Orbital Management
This update will require you to strategically place – and fire – thruster modules in order to maintain a stable orbit of your station. For more casual players, an automatic mode is planned that will only require you to place thrusters in the place to keep the station in orbit. However, if you want to increase the difficulty, you can turn this off and try and maintain orbit manually!
You’ll also be able to choose the orbital path of your station. For maximum realism, you can stick with a path similar to the ISS, but wouldn’t it be cool to fly over where you live?

Disasters & Events
A lot of things can go wrong in space. Meteor strikes, airlock failures, electrical fires and much more. This update will introduce various disasters and other events to increase the challenge of keeping a station in orbit!

Advanced Truss Structures
Advanced truss structures will enable you to build curved and circular station structures. Additionally, this update will also introduce gimbal modules that enable parts of the station to spin and generate artificial gravity for your crew.

Dynamic Weather System
A simple cloud texture will not do! This update will add an evolving weather system with dynamic clouds. However, it won’t just be a pretty effect – if there’s a storm on earth, that’ll stop supply pods from getting to your station!

Sandbox Mode
Sometimes you don’t want to follow the rules, worry about the crew, and just want to create the mother of all space stations. For those occasions, there’ll be a sandbox mode where you can build whatever you want.
So, that is it for now! We also have a rather nice visual Roadmap, that you can check out below: