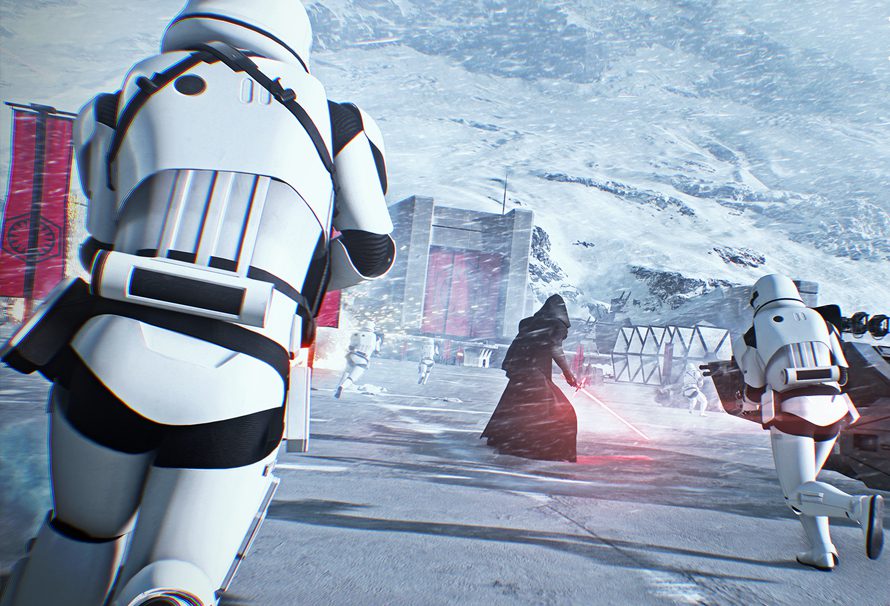 Ever since Star Wars Battlefront 2 was officially announced in May, we have had a decent amount of information released about the game. One of the things that both EA and DICE keep referring to is how much they are listening to the fans and how they are learning from their mistakes. Here are a few things that Star Wars Battlefront 2 is bringing to the table that the first game didn’t.

Possibly one of the most noticeable features that Star Wars Battlefront 2 is giving players is a single player campaign mode. You probably know the spiel now but for those of you who have been out of the loop, the story mode is set between the The Return Of The Jedi and The Force Awakens. Players will be playing as Iden Versio, a member of the imperial Inferno Squad. If you are looking for the full synopsis of the story mode you can check out our previous article highlighting the story.

This is probably the feature both EA and DICE can add to Battlefront 2 as this makes the game instantly more accessible to gamers. True a lot of us out there do love a good multiplayer game but there are a number of us who do like to just shut off from the world and sink into a decent single player experience.

Battlefront 2 will be adding a brand new class system to multiplayer. This means players will get a lot more variety when it comes to choosing their characters for online play. Classes will be separated into four different roles including officer, heavy, assault and specialist. Each of these classes come with their own weapon modifications and unique abilities for players to use in the heat of battle. Weapon upgrades can be unlocked in game so you won’t have to pay any extra for new abilities and modifications.

It has been confirmed that during multiplayer battles there is potential to have multiple heroes appearing during battle. This means you can have the likes of Luke Skywalker and Darth Vader on the battlefield at the same time. Hero characters won’t be as overpowered as they were in the last game either, giving all players the chance to defeat them and keep the game going. Classes will also play heavily in to taking the heroes out. As a mixture of classes working together will be able to take heroes down provided they have some tactics. You could say that this isn’t very loyal to the Star Wars franchise as Stormtroopers are usually just cannon fodder for the main characters, but if done correctly, this mechanic can make battles even more epic.

One of the biggest gripes that players had against Star Wars Battlefront was the fact they had to fork out even more cash to buy all of the DLC maps and expansions for the game. Battlefront 2 turns the table as both EA and DICE have confirmed that it will feature a season of DLC which will be completely free. This will feature star cards, new locations, new modes, new vehicles, new characters, new weapons and much much more.

Based off of these new features alone we can really tell that EA and DICE are listening to their fans. We can’t wait to jump into Star Wars Battlefront 2 when it releases on the 17th November 2017.