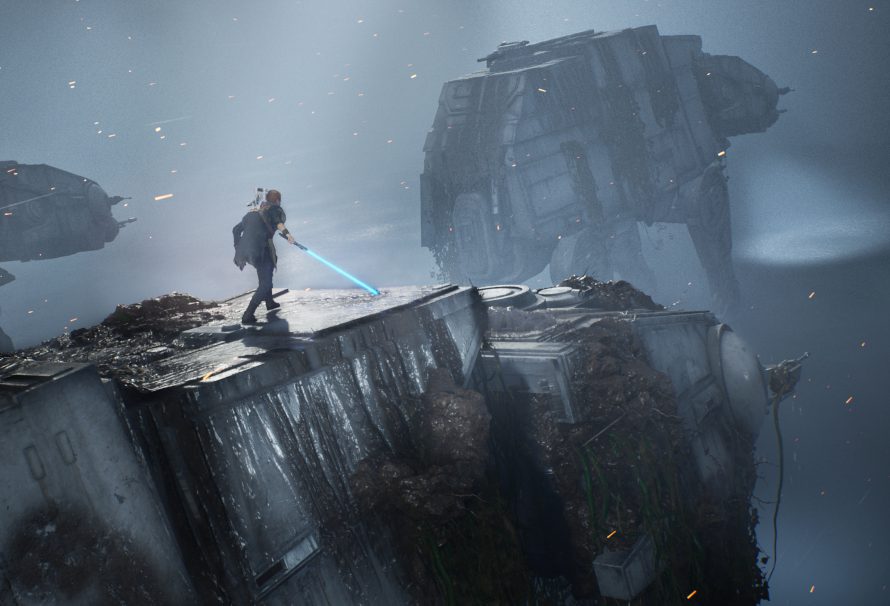 It feels like it’s been an absolute epoch since we’ve seen a good single-player Star Wars game. The Force Unleashed 2 was the last ambitious fully focused narrative experience, and that arrived in 2010. Despite the drought, it seems like our prayers are finally being answered with Star Wars Jedi: Fallen Order, which is coming at us at a blistering pace with a launch date of November 15th. Strap in as we run through everything you need to know about Respawn’s take on a galaxy far far away.

Since it’s announcement in May 2016, fans have been buzzing about the potential of Star Wars Jedi: Fallen Order, a fascinating third-person adventure set in the Star Wars universe. The studio behind the game is Respawn Entertainment, famous for Titanfall and most recently, Apex Legends. Quite the departure for the usually FPS team, the game is spearheaded by Stig Asmussen, who previously worked on the God of War series. Publishing duty is headed up by EA.

What is the story behind Star Wars Jedi: Fallen Order ?

In Star Wars Jedi: Fallen Order you play as Cal Kestis (mo-capped by none other than Gotham’s Cameron Monaghan,) a force-sensitive Padawan who survived Order 66. The game is set between Revenge of the Sith and A New Hope and paints Cal as a dangerous weapon on the run who is yet to understand the full breadth of his powers. The main antagonist of the game is the Second Sister, a Sith Inquisitor who is sent out to dispatch the leftover Jedi Knights.

Star Wars Jedi: Fallen Order  gameplay – what does it play like?

A recent preview embargo shed some light on the actual gameplay of Fallen Order and the results are fairly surprising. It looks like a potent mix of Uncharted, Dark Souls and God of War, with a number of Metroidvania systems thrown into the mix for good measure. You control Cal in open-world environments based on Star Wars lore, cutting through burly enemies that tease out careful dodges and precarious attacks in the style of a Soulslike.  It looks like the game will present a number of David vs.Goliath combat puzzles for you to unpick, as well as some haptic platforming and bombastic set pieces.

Star Wars Jedi: Fallen Order will launch on PS4, Xbox One and PC on the 15th of November 2019.