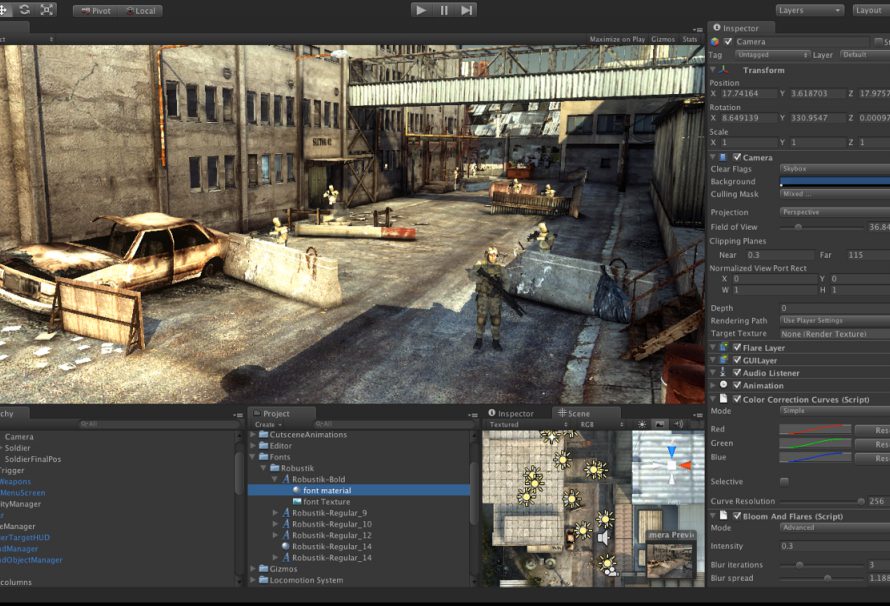 Playing video games is all well and good, but what about making them? It’s a lot trickier than you may think. Those mastered discs sitting on store shelves full of remarkable open-worlds, careful animations and well-written characters don’t just appear out of thin air: it takes a team of talented people years to craft those experiences, and much longer to conceptualise the ideas behind them.

Let’s start small though, shall we? If you have designs to get your name in the credits of one of those titles, It’s worth looking into the beginner game engines available to many that have built the careers of many a budding game developer, turning them from indie darlings into video game royalty. Speaking of which…

Perhaps the natural starting point for most developers with a wild idea, Game Maker Studio is a 2D-focused creation kit that puts accessibility first beyond coding experience. If you’ve got a preconceived idea for what your game needs to be, you can quickly put something together with a variety of triggers and actions to create a platformer, an RPG or any kind of genre that you desire.

The great thing about Game Maker is the amount of built-in tutorials available in the engine or on youtube via a number of selfless creators. This is the base for most of Vlambeer’s games like the excellent Nuclear Throne, as well as Hyper Light Drifter, Nidhogg and even Undertale! So if you’re looking to create something, perhaps as a solo-developer or in a small team in a similar vein to the aforementioned games, it might be worth looking into GMX.

Whilst you can create a 3D game in Game Maker with some work, Unity is really the first choice for those of you looking to put together a 3D game with relative ease. Beware, it’s a lot harder to get into than Game Maker and requires you to learn some coding principles and a good bit of C# if you want to tap its true potential. Clearly this will depend on the scale of your project.

Perhaps it’d be best to workshop some smaller games in a more accessible engine before you move on to Unity, but just like Game Maker there are tons of cheap/free tutorials on the internet to help you get started with Unity, and the genre boundaries are pretty much limitless. There are too many popular games made in Unity to run through, but a few standout examples that spring to mind are Cuphead, Inside and Hearthstone. Maybe hash out your ideas on paper first and consider what engine would be best for the type of project you’re trying to embark on.

If you’re starting out from a writers perspective or love a bit of pixel art, it’s worth looking into Adam Le Doux’s Bitsy, which is a no-code-required html game maker where you can funnel small ideas and concepts into a playable little ditty in a few hours. It’s the perfect starting point, and will get your mind in the right place for game making!

So what Game Engine do you think is best for starting out on your journey? Maybe you have an idea you’d like to pitch? leave a comment below and join the Green Man Gaming Community to join all our gamers and see what they have to say.