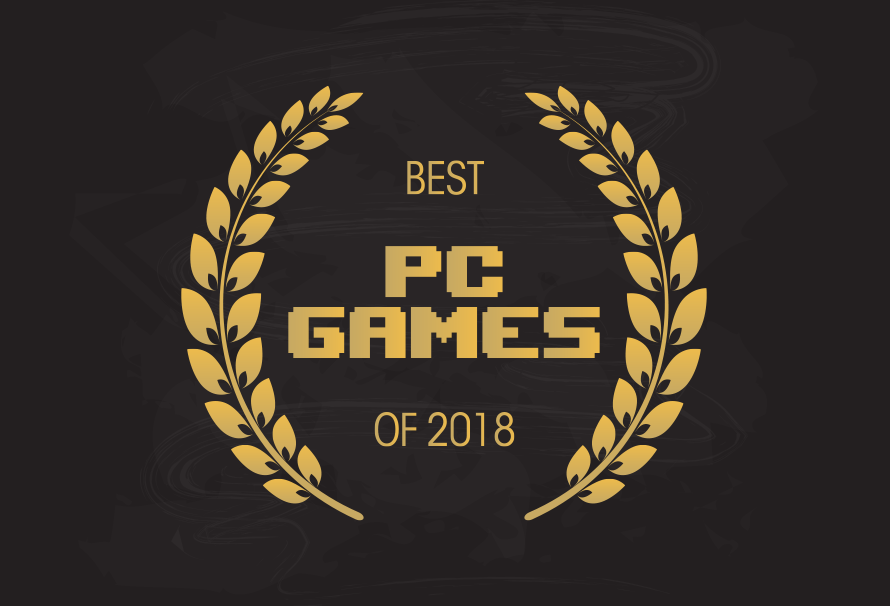 But what were the best PC games, the cream of the crop, the games that each month made us stop and go ‘hey, that’s a good game’.

Wonder no more, we have your back. Look below to feast your eyes on each month of 2018, and the best game from each month on PC.

Everyone’s talking about Celeste this year, and for good reason. It’s an incredibly tight platformer with rock solid controls, and a soundtrack that’ll keep you happy even while you die for the four hundredth time.

Combine that with a set of options which mean even the most platformer-averse person can have a good time, Celeste is a shining example of how things can, and maybe should, be done.

It feels like Rust has been a part of our lives for a long time now, mainly because it’s been early access for quite a while. But now it’s out and we can all finally enjoy its be-donged joys.

Rust is one of those games that defines a genre. The survival game genre and Rust go absolutely hand in hand and now it’s fully released, it can go in your hand too.

Final Fantasy XV has had a long and torturous development. It’s taken a long time for this, the best road trip game ever made, to get released, but now it has it was well worth the wait.

It’s lighter on the systems than other Final Fantasy games, but it absolutely makes up for that with buckets of character. Everyone has their own favourite Boy (and that’s Prompto, right?) and favourite thing to do (fishing, yeah?). Even if it’s a bit tonally all over the place at times, it’s still an utter marvel.

BattleTech lets you customise your mechs and manage your fledgling mercenary company throughout a fairly open ended campaign. Think XCOM, but in space. And with big robots! Yeah, it’s good stuff.

May – Pillars of Eternity II: Deadfire

Filled with quests, magic, and brilliant writing, Pillars of Eternity II: Deadfire is set on the Deadfire Archipelago and sees you face off against awoken gods and much worse.

Also there’s boats in it – if you ever want me to fall in love with a game, put boats in it.

It is a curiosity of humanity that one of our most persistent myths – and one of our sexiest ones – features us getting all our blood sucked out.

Vampyr sees you take on the role of a newly turned vampire, and sees you decide your path through Victorian London. Drenched in blood and gaslight, Vampyr is an utterly atmospheric exploration of the darker side of the vampire myth.

The original Banner Saga showed us all what could be achieved narratively by managing a group of Vikings.

The Banner Saga 3 continues and improves on this legacy, with this version being the best one yet. Filled with difficult decisions that will see your wandering Vikings either embrace safety, or meet an early (and grisly) end.

The Monster Hunter series has long been a stalwart of Nintendo systems and the news that it would be opened up to other consoles and the PC was met with concern.

Another series that’s most associated with Nintendo, Dragon Quest XI is the latest in a long series of slime-killing JPRGs, and it’s an absolute wonder.

Featuring a load of things to do, an absolutely huge main quest, and some of the best voice acting of the year (yeah, we were surprised too), Dragon Quest XI is a must-have for any JPRG enthusiast.

Hitman 2 follows up 2016’s Hitman by improving on absolutely everything, which must’ve been hard to do because Hitman was an astounding murder sandbox already.

The levels are huge, the ways to kill are many and varied, and there’s always a way for you to perfect your kill as you seek out the best way to get Silent Assassin.

Hitman 2 is more of the same, maybe – but when that ‘same’ is this good, who’s complaining?

Insurgency: Sandstorm is the game you’re looking for if other shooters are just a bit too arcadey for you.

With sound design that’s frankly disturbing in how good it is, and gunplay that’s as accurate as you can get without firing the gun yourself, Insurgency: Sandstorm is the multiplayer game for anyone wanting to just immerse yourself in brutal multiplayer conflicts.