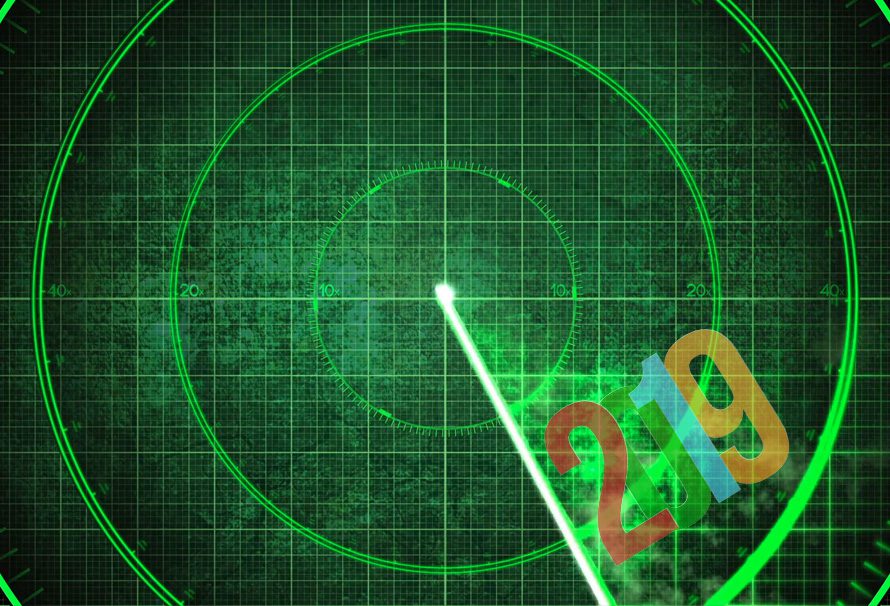 There are few more terrifying things than rats, so naturally developer Asobo Studio has made a game absolutely rammed to the hilt with the ruddy things. Set in 14th century France where everything is going catastrophically to pot, A Plague Tale: Innocence has players controlling young French lass Amicia and her little brother Hugo in an attempt to get them to safety.

Underpinning its compellingly grim story with oodles of stealth and adventure gameplay, A Plague Tale: Innocence is shaping up to be one of the most terrifying titles of 2019. Bloody rats, I tell you, *shiver*.

A sequel to, well, Wasteland 2, and developed by the folk behind Torment: Tides of Numenera, Wasteland 3 once more thrusts players out into the irradiated husk of a post-apocalyptic world in search of glory, loot and blood sausages (well, maybe not that last one).

A more ambitious offering in every way than its predecessor, Wasteland 3 is a sprawling, open-world tactical RPG that lovingly recalls the halcyon days of Fallout before it discovered the first person perspective that chucks in co-operative multiplayer in for kicks. One to watch if you like your RPGs near endlessly deep and with tonnes to do.

If the descriptor for Biomutant which states “Biomutant is an open-world, post-apocalyptic Kung-Fu fable RPG” doesn’t get you going then, quite honestly, I’m not sure what will. On a tremendous, face-smacking quest to heal the Tree of Life and stop a mysterious plague sweeping the land, Biomutant is a third-person open world adventure that has players taking control of a number of different mutated animals who employ Wushu martial arts, enchanted firearms and special magics to get the job done.

Boasting a vibrantly colourful presentation and allowing players to explore the enticing expanses of its post-apocalyptic game world by mech, air-balloon, jet-ski or a range of other mounts, Biomutant could well be the next big open-world adventure you never knew you needed.

A narrative-driven, first-person single-player adventure, In The Valley of Gods whisks us off to 1920s Egypt and casts players as Rashida, a disgraced explorer who for once more chance at glory, embarks on a voyage of discovery among the old kingdom of the pharaohs. The kicker though? Accompanying her on this odyssey is Zora, a former associate that Rashida vowed to never work with again. Yeah, we’re loving look of this.

Currently doing the rounds in early access, Phoenix Point comes to us from Julian Gollop, the chap responsible for creating and bringing the original X-Com to us all those years ago. Pushed into action against the Pandoravirus, an affliction that can massively alter the DNA and attack capabilities of invading alien forces, Phoenix Point thrusts players into a turn-based, tactical odyssey where the enemy is never the same.

Drop in extensive character customisation, highly destructible environments and a Geoscape surveillance mode that allows you to pinpoint resources and incoming threats, and it looks like Phoenix Point is going to be every bit the supremely assured tactical treat we hoped it would be.

There is no timeline where more Spelunky is a bad thing, so it is with our pickaxes primed and our climbing ropes uncoiled that we eagerly anticipate the delectable debut of Spelunky 2. While the award-winning original template remains assuredly intact, developer Mossmouth has implemented a veritable avalanche of new features to enhance its sequel offering.

For starters, a range of new enemies await, including everything from armored lizards to a hugely aggressive, toothy mole that chases you across the level. With a range of new traps, mounts (yes, mounts) and refined level design, Spelunky 2 looks set to put the exclamation point on what is already one of the greatest roguelike platformers ever made.

Putting a welcome open-world spin on the horrors of Lovecraft, The Sinking City comes to us from Sherlock Holmes developer Frogwares and deftly combines the talent of that studio for crafting compelling sleuthing affairs with frenetic third-person combat.

Taking place in the partially submerged city of Oakmont, The Sinking City has players solving cases and vanquishing nightmarish foes in order to get to the bottom of the disturbing mystery that plagues the area. With multiple ways to complete each case and showcasing a world drowning in atmosphere that begs to be explored, The Sinking City looks like it’ll satisfy lovers of Lovecraft and intriguing open-world adventures when it arrives in March.

Yes, that’s actually the name of the game, but better than that, the premise of this particular curio is that you play a backhearted goose who must torment the humanfolk by stealing food from their picnics and generally making an annoying arsehole of yourself in the process.

With the objective always being to cause as much crafty havoc as possible, and all the while making frequent use of a dedicated honk button, I mean really, how can you not love this game?

Of perhaps all of the IPs that we didn’t expect to be revived, the superb RTS series Desperados was right up there – thank our lucky sheriff stars then that THQ Nordic have gone and brought it back to life. Even better, Desperados III is being developed by Mimimi Productions – the studio responsible for the sublime Shadow Tactics: Blades of the Shogun.

Taking control of a band of gun-toting vagabonds in 1870s America and Mexico, players must leverage and combine the unique skill-set of five different character classes to assassinate, steal, sabotage and elude their enemies. If you enjoyed the Commandos games from back in the day, or even the previous Desperados titles, than the threequel is shaping up to be a masterful exercise in real-time strategy.

So, the folks who published the superb Stardew Valley have a game called Witchbrook popping in over the horizon – it’s basically a Harry Potter, high-school simulation RPG and if you’re not excited by the idea of that, you probably need to check your pulse.

As a witch-in-training living in a magical world, you’ll discover multiple schools of magic, take part in bizarre classes and make friends (or enemies) with your fellow students. Quite honestly, this cannot come soon enough.