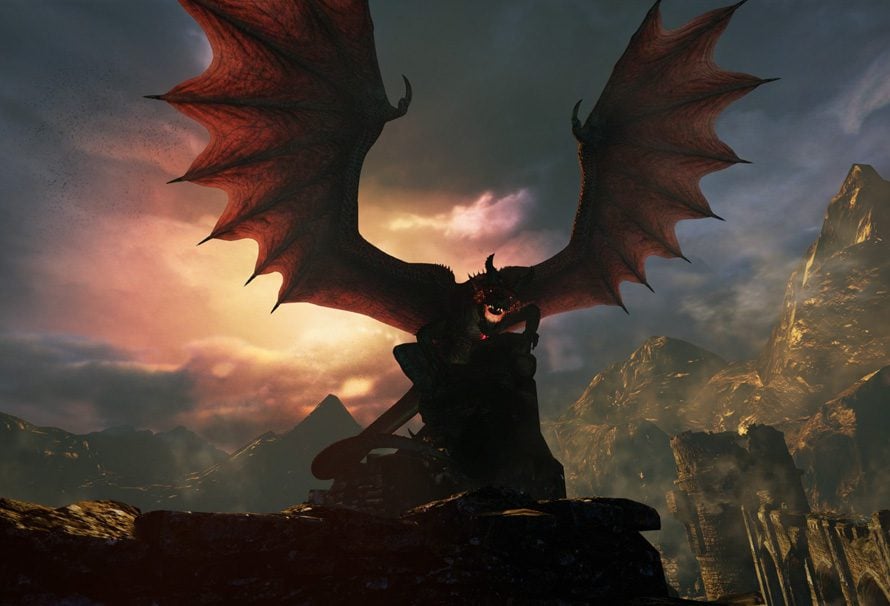 So, Dragon’s Dogma: Dark Arisen is coming to Switch. You might not know about Dragon’s Dogma and be wondering why this is a big deal.

Well, sit down whippersnapper and open up your eye-holes for some sweet knowledge about this brilliant game.

It was released initially in 2012 for the olden day consoles PlayStation 3 and Xbox 360, but was then re-released with the subtitle Dark Arisen a few years later on pretty much every console – and on PC. The remastered version contains some extra content, some quality of life changes, as well as full Japanese voice acting, which is nice for those of us who don’t like the English version.

The game puts you in the role of a human, one who very quickly has a series of unfortunate events occur that lead to them becoming the Arisen. You are tasked with defeating the Dragon (capital D because it is very important) and set off on a quest to do so. It’s a fairly standard high fantasy save the world kind of gig, however, that is where the run-of-the-mill stuff ends, and the game starts to emerge out of its cocoon and become a really weird butterfly.

One of the key parts of the game involves recruiting Pawns – not the chess kind – these are strange sub-human beings who exist solely to serve you. Not just you though, oh no, they travel across a plethora of universes in order to help out other Arisen too. You get to create one at the beginning of the game, but the other two can be plucked from any other player’s dimension to complement your preferred build.

You have the usual rogue, warrior, mage thing going on, but you can choose to be a hybrid class too. There are a huge amount of choices to make as you get stronger, each one informing how you end up taking down the various monsters that roam the world of Gransys.

The one thing that is true of all classes is that they can climb. If you imagine the Breath of the Wild’s climbing mechanic, you’re pretty close. Instead of clambering up rocks you will be clinging on for dear life to the side of a manticore, a cyclops, or even the scaled skin of a giant hydra. This allows you to hack away at a specific body part, or just avoid certain attacks if you’re quick. It’s always a ridiculous amount of fun to sunder a limb or smash a giant foe into the ground whilst Shadow of Colossus-ing around them.

The further you progress into this weird world, the more you start to get the feeling that something isn’t quite right. As you beat down some of the bigger threats the story goes from cliché to what-the-hell-is-this-nonsense very quickly. It has one of the best multiple ending choices around and the “true” ending is one that makes you question what it means to be human, what it means to exist, and to live, at all.

It is an absolute rollercoaster of a story that you need to play. Yes you, you need to get this game. You’ll have to wait until April to get it on Switch, but if you own another console or you have a PC you can always play it there. Now, if you don’t mind, I’m off to go Dragon hunting.