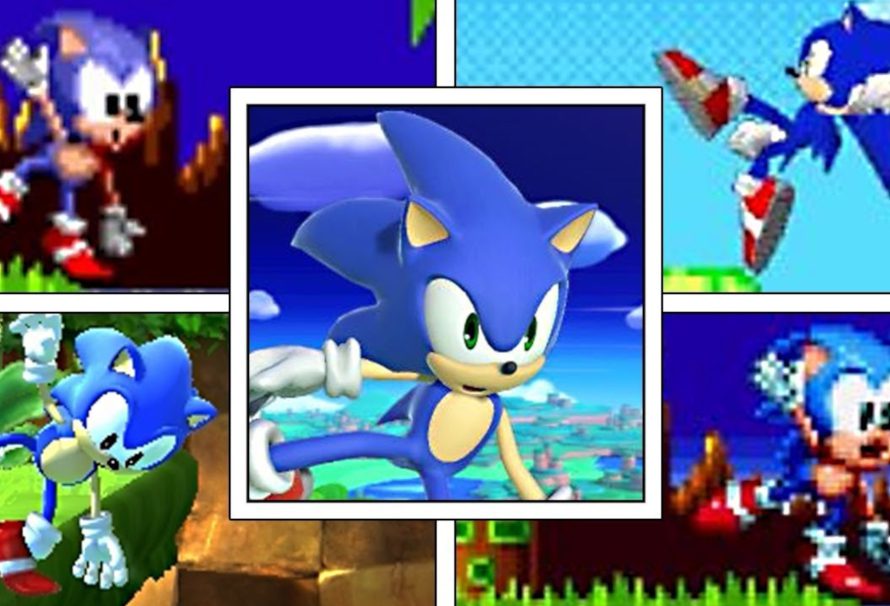 Unlike its titular blue hedgehog, you could get breathless sprinting through the history of the Sonic franchise. The blue blur has lived up to his rep as an energetic go-getter and his franchise includes some of gaming’s wackiest stories.

Sonic’s post-2000 identity crisis hasn’t eroded the popularity of the character, and he remains one of gaming’s biggest icons. Yet in the last couple of decades, his fortunes have undulated more than the zones he calls home.

With a live-action Sonic the Hedgehog movie on the horizon, now is the perfect time to skid to a stop and take a look at Sonic’s past.

Sonic sped into our lives in 1991, with the release of Sonic the Hedgehog on the Sega Mega Drive (Genesis, to US-ians). The blue blur brought something new to platforming: a need for speed.

While platform games at that time were semi-sedate affairs (aside from the occasional flutter of the heart during a difficult sequence), Sonic infused the genre with a sense of urgency. Whole levels blazed by in seconds.

Yet it wasn’t all about speed. The secret to Sonic’s success was to combine momentum and adrenaline with intricate level design. Its Zones were like puzzle boxes, presenting different rewards based on a player’s level of skill.

Sonic the Hedgehog was an instant hit, but Sonic Team truly honed the game’s core philosophy in the next couple of titles, producing Sonic 2 and Sonic 3. These two games are held up as the gold standard of Sonic games to this day.

As Sonic’s pop culture cache grew, so did the franchise. Sonic exploded out of video games and into other media with multiple cartoons and comics to his name. While the Archie Comics incarnation of Sonic is quite well known, the bush pig charted a unique path in the UK. Sonic the Comic ran from 1993 to 2002 and featured an elaborate, evolving storyline, alongside other comics based on SEGA properties, like Decap Attack and Ecco the Dolphin.

Releasing in ‘93 and ‘94, Sonic CD and Sonic & Knuckles both opened intriguing new worlds for Sonic. Sonic CD was a critically acclaimed success, using the newfound power of compact discs. Sonic & Knuckles experimented in a different way. Its Lock-On cartridge made it backward compatible with Sonic 2 and Sonic 3, bringing Knuckles into those games.

Sonic’s sophomore blues came with the arrival of the 3D era.

To make matters worse, fellow critter Crash Bandicoot released on the Playstation to huge success and did it mostly by being the successful marriage of 3D and platforming that Sonic was not. Likewise, Sonic’s old foe and Nintendo mascot Mario only found a new level of success on the N64. Meanwhile, the Sega Saturn struggled to compete in the new era.

Unlike contemporaries Mario and Link, Sonic couldn’t seem to make the 3D leap. Sonic 3D Blast in 1996 and Sonic R in 1997 both tried new things, but nothing seemed to stick.

Sonic Adventure, released in 1999, managed to turn things around. It reimagined Sonic, his gameplay, and his supporting cast, preparing him for the new millennium. Sadly, the death of the Dreamcast cut this resurgence short. Sega’s exit from the console market had an inevitable impact on their mascot. Sonic Adventure 2 proved the last hurrah for Sonic on his home series of consoles.

As the Sonic series moved into the 2000s, it was at risk of falling behind and even its titular mascot floundered. Sonic was 90s ‘tude through and through, but felt like a relic in the 2000s, particularly with Sega’s star waning. 2005’s Shadow the Hedgehog attempted to revise the tone of the franchise, to mixed results.

Sonic’s fifteenth anniversary in 2006 saw the launch of several new games, including a reboot simply titled Sonic the Hedgehog. But fans hoping for a love letter to Sonic’s history were left disappointed, as each game struggled to make a positive impact. Instead, Sonic was fast becoming a breathless grab-bag of weird spin-offs and failed attempts to capture past glory.

One of the strangest tales to emerge from this era was Sonic Unleashed. Despite launching to mixed reviews in 2008, this game continues to appear in discussions about the top Sonic games among the fanbase, becoming the definitive dark horse (or werehog) of the franchise.

The blue blur may have been knocked back, but he had a few rings left.

2010 and 2011 saw the release of two back-to-basics adventures: Sonic the Hedgehog 4 and Sonic Generations, respectively.

Sonic Generations was a fan service extravaganza, a celebration of the entire series to date. As both a game and a piece of fan service, it worked. It fused old-school 2D platforming with 3D energy, finally creating a version of Sonic that felt true to its roots while embracing the third dimension.

Sonic 4 was less popular, despite its similar throwback inspiration. Once again, Sonic’s momentum dropped off just as he picked up speed. Sonic’s next reinvention was the Sonic Boom sub-franchise. While the titular TV show received strong reviews, the reaction to the games, and Sonic’s redesign, were a different story. The derision directed at a bandana-wearing Sonic has echoes of 2019’s furore over his live-action incarnation.

It would take 2017’s Sonic Mania for the series to get back in fan’s good graces, but it did it with style. Sonic Mania is one of the most complete entries in the entire franchise and routinely tops best-of lists.

2017 seems like a long time ago now, so fans have been left wondering when they’ll next see Sonic in action.

The Sonic Team has indicated that 2021, Sonic’s 30th anniversary, will be a big year for the hedgehog. Details are scant for now, so fan attention is on another medium altogether: the big screen.

It’s fair to describe the initial reaction to the trailer for the upcoming live-action movie Sonic the Hedgehog as abject horror. Legions of fans turned out on social media to express their disgust at Sonic’s design, enough to force the studio back to the drawing board. They returned with a Sonic much closer to his iconic look, featuring only a few small tweaks.

The reception to Sonic’s redesign has been positive. While the movie isn’t out yet, fans seem ready to embrace Sonic’s live-action adventure fresh off the redesign, and there’s some hope that it can achieve at least the success of 2019’s Detective Pikachu, Sonic’s closest cinematic reference point.

There’s even a chance that Sonic the Hedgehog will bring the 90s icon back into the spotlight by riding that nostalgia wave — as so many 90s properties have managed already.

Whatever happens, Sonic’s 30-year anniversary is on the way. Sonic Team has promised big things, but it’s too soon to call whether the future’s bright and blue. Here’s hoping Sonic can keep his momentum this time.