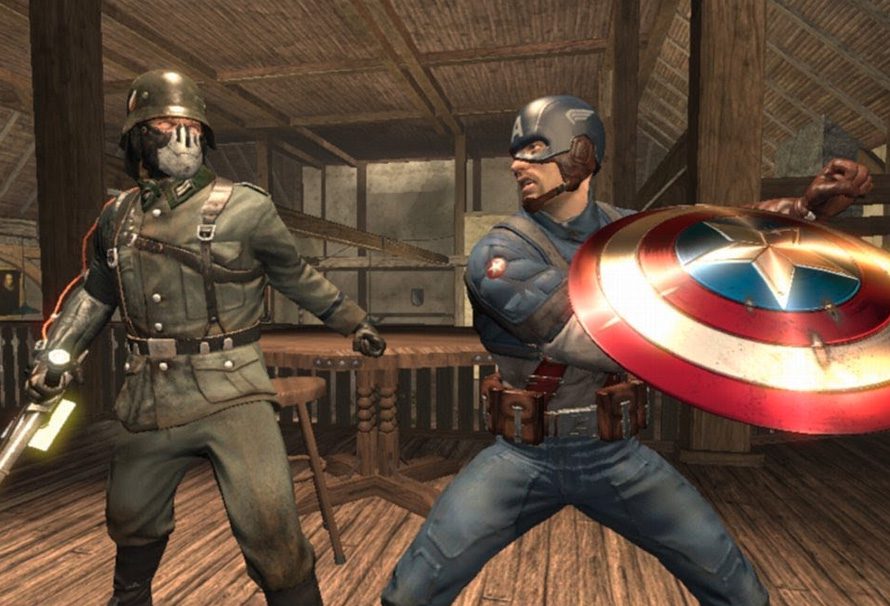 It’s the day when America became America, the Fourth of July, Independence Day, when Jeff Goldblum and Will Smith saved us all from invading aliens.

It’s the day when Americans celebrate being American and not another crown dependency, so we thought we’d celebrate right back and take a look at some of the most American videogames ever made. Spoilers ahead.

You might look at this game and wonder just what’s so American about it, but if you’ve finished it you’ll know exactly why it’s incredibly American. And that reason is nanomachines, son.

That’s right, the final boss of Metal Gear Revengeance is Senator Armstrong, a US Senator who believes in strength, the USA, and power through nanomachines.

In his brave new USA, people will fight and die for what they believe in, not for money, not for oil – everyone will be free to fight their own wars. We salute you, Sen. Armstrong (we don’t, he’s the baddie).

The start of Saints Row IV sees you accidentally claim the oval office for your own and become the president of the US. As such it’s your responsibility to rule on the issues of the day and maintain the integrity and dignity of the POTUS.

Well, before aliens invade anyway. Even then you hold the highest office of the land in firm hands as you blow some aliens away with your handy White House cannon (which definitely exists).

Evil threatens the world so there’s only one force that can save us, the beautiful and patriotic BROFORCE. Each level ends with you defeating a boss and hoisting an American flag so that the world can see who came here and who kicked whose butt. What’s more American than that? A good ass-whupping and a flag, it’s so American I’m crying hotdogs.

Far Cry 5’s set in that most verdant and beautiful land, the state that calls to all of us saying ‘come, be free, run free in our hills and look at our big sky’, that’s right: Montana.

There to stop a cult who are making everyone in the area go a bit nuts, you grab a gun and some colourful friends and get shootin’ until there’s no-one left to shoot. Combine that with a bit of hunting and you’re onto a bona-fide America simulator (I assume, I haven’t been, I might get shot).

Time to talk about the greatest person in the world, well, according to him anyway. In his palace of babes, beer, bullets, and er…cigars, Duke Nukem is a happy man living life to the full in Las Vegas. Again like in Saints Row IV, aliens are here to spoil the party.

But have no fear, Duke will save the day with some cutting edge sexism and turning up about ten years too late, but he’ll save it. Then he’ll become the next president because why not? He’s already killed a load of aliens, why not become president too?

There you go, five games that are the most American it’s possible to be – possibly too American? No, you can never be American enough.

Have a happy Fourth of July from all of us here at Green Man Gaming.