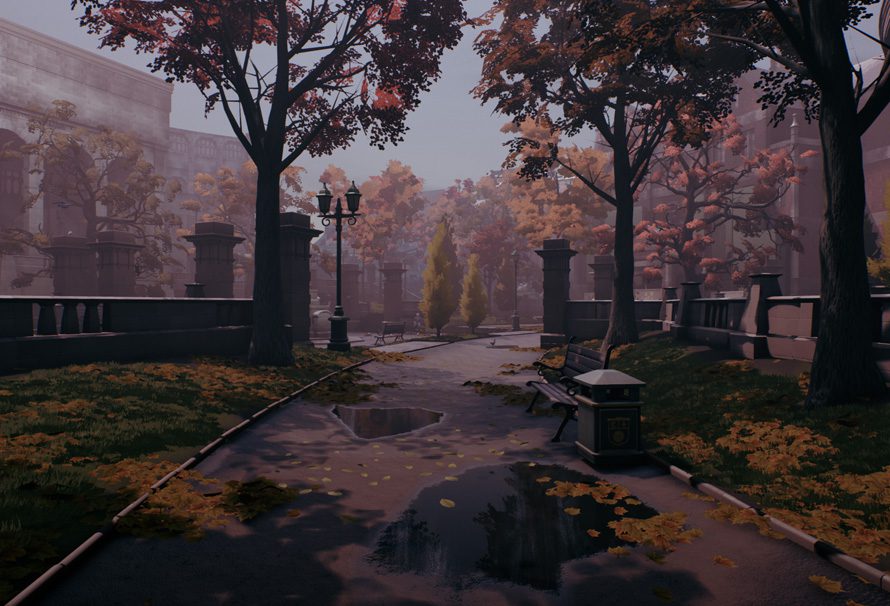 The immersive sim genre is one of the PC’s mainstays, going back to games like Ultima Underworld and System Shock right up to the present day with Bethesda’s recent Prey. It’s a genre that has always showed off the freedom and creativity of PC gaming, but it’s a genre that seems to be in crisis.

Recently we’ve seen immersive sims be released which have done everything right, they’ve fulfilled everything about what it means to be an immersive sim. An immersive sim is a playground, it gives you objectives and then lets you decide how you succeed at that objective. Giving you tools to make interesting decisions in a space and letting you experience the success, and failure, that comes from your actions.

The problem is that some of these recent games haven’t set the world alight like previous immersive sims, so maybe it’s time to try something new in the genre.

What’s The Occupation About?

It’s 1987 and you’re in Manchester in the UK. A recent explosion has caused the UK government to become paranoid about safety begin work on the new Union Act, an act that when brought into force will make it impossible for foreign citizens to move to, or live in, the UK.

You’re an investigative reporter who is determined to get to the bottom of what’s motivating the act, and find out the truth of the motivations, ideas, and events that surround its creation. In order to be successful you have to infiltrate a government building and read, question, and uncover the absolute truth behind the Union Act.

Why is it Looking so Special?

The setting itself is incredibly evocative and apposite for our time. It may be set in the 80s and in Manchester, but the themes are obviously something that’s incredibly relevant to today’s global and political scene.

It’s how the game takes immersive sim to a whole new level which makes it the exciting prospect that it is. With a strict time limit, you’ll be replaying the game fairly often, but it’s a true reactive world. Everything you do, and the people you interact with, will change the world you’re traversing through.

Imagine a scenario where a guard goes for coffee at 10:34pm and leaves his post. By careful observation and remembering details like this, you might be able to exploit that information to your own gain. You might even use it to set up a chain of events that cause the guard to be distracted, or you might simply avoid the whole situation altogether.

So far so immersive sim, albeit with an intriguing time limitation. But it’s how the game says it’ll treat narrative that really makes us excited to get our hands on it.

Through the course of the game you’ll question people to discover their side of events that led up to the creation of the Union Act, and the events surrounding the bombing that set it all off. Unfortunately for you everyone you question is an unreliable narrator, meaning you can’t take everything they say at face value.

At a recent event organised by publisher Sold Out, we got a little hands-on time with the game and experienced a different side to the game. At EGX last year we saw some of the more traditional immersive sim elements, sneaking our way through a building to uncover evidence, but this later hands-on experience saw us seeing some of the events that precede the Union Acts’ creation.

We spoke to a character named Scarlett as she recounted her own attempt to leak information about the Union Act, as she sneaked through the government building she worked in to make backups of key data and get out with it. We also saw her walk home one fateful night, the night of the bombing, a night she lost a close loved one in the eruption that took so many lives.

The reason why The Occupation is so exciting is that it’s applying the immersive sim approach to the narrative as well, giving the player the tools to make decisions and then showing the consequences of those decisions.

Will you believe Scarlett, is she as good hearted as she seems? Will you take the stories that are interwoven with the game and make the right decisions for your character, or will you believe lies and let yourself be used by those who seek to do so?

The immersive sim genre is a genre which is one of the core pillars of PC gaming, and if The Occupation delivers on its promises we’re hopeful that this game will help take the genre to a new level, with a whole new level of complexity and decision making layered over traditional immersive sim elements.