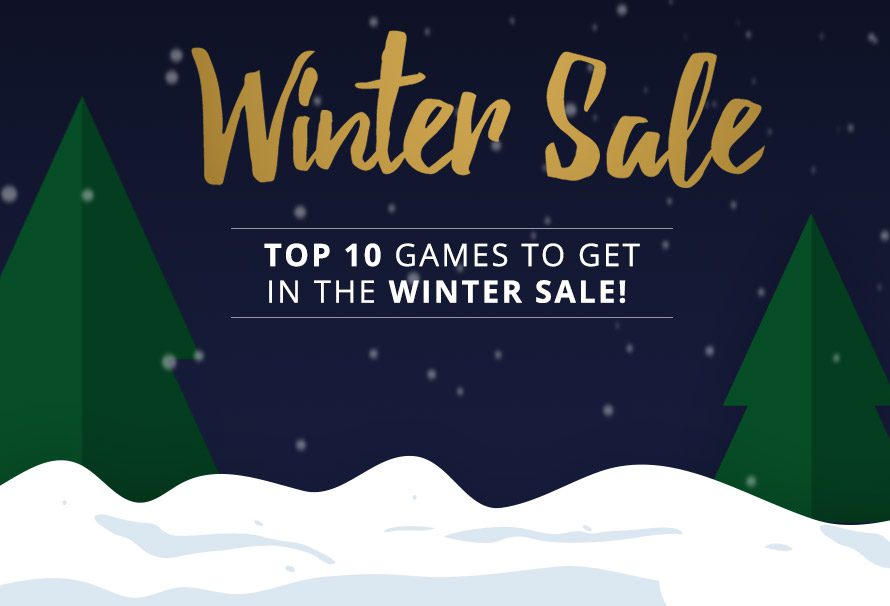 As the most wonderful time of the year has well and truly kicked in now, here at Green Man Gaming we thought we were due another awesome sale. Our Winter sale kicks off today and runs all the way until the 9th of January. With so many games coming up in this years winter sale, we thought we would give you a brief highlight of some of the festive deals we have during this truly epic sale.

Once again you get to don the Bat cowl in the 3rd and final chapter of Rocksteady’s epic Batman Arkham series. Gotham has been overrun by the Scarecrow and his fear of toxin, the result has left the whole city on lockdown with the villains taking advantage and running a muck. It is up to Batman to vanquish the scarecrow once and for all and save Gotham. For the first time ever in the Arkham series, players get to drive the Batmobile and explore the entire of Gotham.

20 years have passed since XCOM: Enemy Unknown. The aliens now rule earth and are building shining cities that promise a brilliant future for Humanity. All is not as it seems however, as there is more of a sinister plot afoot. Building on the epic XCOM: Enemy Unknown XCOM 2 adds new features and combat to the already immersive turn based gameplay. Will you help humanity take back what belongs to them?

Middle Earth: Shadow of Mordor Game Of The Year Edition – 50% Off

Set just before the epic Lord Of The Rings saga, The Shadow Of Mordor follows the story of Talion who serves on a garrison station at the Black Gate of Mordor. Talion is killed by the Black Hand of Sauron. Now his spirit has merged with a mysterious wraith of an Elvan lord. Talion seeks revenge on the Black Hand of Sauron, but first he must defeat Sauron’s ever growing legion of Orcs.

Experience the definitive version of Middle-earth: Shadow of Mordor which includes The Lord of the Hunt and The Bright Lord story missions, the Trials of War challenge series plus additional Warband Missions, Runes & Skins.

If you’re picking up The Orange Box, the logical next step would be to pick up Portal 2 (or Half-Life 3 but then that’s not going to happen in the foreseeable future). Portal 2 delves into the history of Aperture Science, It also expands on the Portal universe and it’s icon mind bending game play. Just remember, the cake is a lie!

The sequel to the game changing Half Life continues the story of Gordon Freeman’s battle against the alien Combine. Set several years after Half Life, Gordon is awoken to find the world has been taken over by the Combine, his primary objective now is to free humanity and stop the Alien hordes once and for all.

Jumping into the shoes of Leon S Kennedy you are tasked with finding and saving the Presidents daughter. Your investigation leads you to a rural village in Spain which has been overrun by the Las Plaga, a new parasite that is infecting human hosts and turning them into hideous monsters.

Mad Max delivers open world gameplay in a post-apocalyptic setting where cars are the key to survival. Gamers become Mad Max, a lone warrior who must fight to stay alive in The Wasteland, using vicious on-ground and vehicular combat against savage gangs of bandits. Max must align himself with others to build the ultimate war vehicle as he works to escape from the dangerous Wasteland.

If football/soccer and destruction derby had a baby, then Rocket league would be the offspring! Rocket League futuristic Sports-Action game, which equips players with booster-rigged vehicles that can be crashed into balls for incredible goals or epic saves across multiple, highly-detailed arenas. Using an advanced physics system to simulate realistic interactions, Rocket League relies on mass and momentum to give players a complete sense of intuitive control in this unbelievable, high-octane re-imagining of association football.

Ten years after a virus ravaged the world, Maine has become a harsh wasteland. Two factions, the Nova Guard and the Spartan Phalanx fight for what few supplies remain in Stillwater Bay. Featuring an interesting weapons randomisation feature, and an exciting twist on clan-based multiplayer, Lifeless looks to breath new life into the multiplayer survival world, and we’re ready to get stuck in.

We hope that has sufficiently whetted your appetite for our Winter sale. As an extra deed bonus, you can get a further 10% off of your basket at checkout using the code WINTER10 we’ll also throw in a free Mystery game as well. MERRY CHRISTMAS!