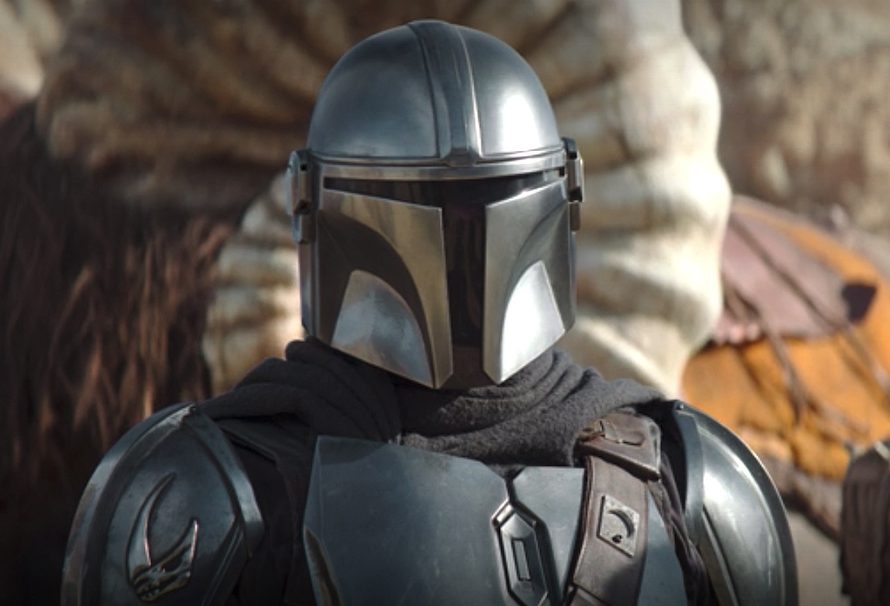 Games are a very unique, yet young medium. The result is that the inter-medium trend we tend to think of is the liberal borrowing of cinematic techniques by the triple-A games industry. That’s all starting to change. Although we haven’t historically had the highest quality translations of gaming properties in this largely one-sided love affair, recent films like Sonic the Hedgehog (2020), and Pokémon Detective Pikachu (2019), and TV shows like The Witcher (2019) have all seen positive critical receptions. Now seemingly every gaming property under the sun seems to be getting adapted from Borderlands to Uncharted.

Contrariwise, we’re now getting directors who grew up with video games tipping the scales of influence. Who needs direct film adaptations when games can inspire in subtle and not so subtle ways a generation of filmmakers? ‘ Some academics even suggest games are helping to reshape film at everything from “narrative, structural, visual and philosophical levels.”

Given the sheer breadth of experiences and genres gaming encapsulates, ‘like a video game’ is a largely empty phrase unless made more specific. So here are five serious and five not so serious moments wherein gamers will recognise their hobby in film and television.

Can you pick out the more direct influences from my more ‘fun’ parallels? Only one way to find out!

Warning: some spoilers ahead!

Hands up who was stupefied with a massive smile to boot when they heard Disasterpiece’s telltale synth stylings in the 2014 film It Follows?

Synthwave is an electronic music microgenre that’s massively popular among contemporary horror filmmakers and was inspired by both 70s-80s horror and science-fiction cinema as well as video games. An excellent example of these reciprocal media relationships being formed. In fact, author Nicholas Diak credits Grand Theft Auto: Vice City with largely spawning the synthwave and vaporwave genres, saying that it shifted “attitudes toward the ’80s … from parody and ambivalence to that of homage and reverence.”

It Follows brings all these influences together in one fell swoop. Not only does Disasterpiece pay homage to old horror and sci-fi with its soundtrack, but by composing soundtracks for both films and games they manage to bridge the gap. Anytime Jay’s theme comes on (e.g. the lipstick scene above) it sounds like a track directly ripped from 2012’s indie puzzle-platformer Fez. Which makes sense, since Disasterpiece composed it.

We all know that when you have a seemingly unassailable foe there’s no better way to overcome them than by putting your X or square button-pressing skills to the test.

It might seem a silly parallel at first, but even in film and TV, most important scenes with antagonists simply have different rules to dealing with everyone else. Since so many villains are beloved, not only do you want your antagonist to go out with a bang, but these end scenes often carry the entire weight of the themes and narrative on their shoulders too. A symbolic struggle as in Rise of Skywalker, then, very much presents the way a game would solve this encounter. Vigorously press a button to struggle to victory instead of a standard fight for enhanced pacing and cinematic presentation. It certainly invites a comparison to 2008’s Star Wars: The Force Unleashed which bookended every fight with QTEs and similarly had an encounter with the Emperor.

I have it on good authority that companies like ESPN have worked with game companies for years “to match broadcasting graphics for things like on screen information (e.g. first down line in Football).” This is on top of their ongoing moves into the esports space.

When sports games started to offer detailed in-game stats, networks like ESPN sought to emulate the game design so that there was seamless integration across the mediums and thus improved cross-marketing potential. Now if only sports games could stop emulating the mid-game ads of networks in return.

Ah, backtracking. You know level five? Level eight is that in reverse at a different time of day. But the enemies are different this time! Oh, and level ten is the first level repurposed to boot.

I’m alluding to Halo: Combat Evolved, of course, which I adore in spite of this. Mad Max: Fury Road emulates this gaming trope when the characters decide to return to the Citadel (of which they’ve been desperately running from the entire film) exactly back the way they came. However, I think it can be argued for both cases that returning to locations has thematic value and can also show you how things have progressed over time.

5 – Database over narrative (the Snyder Cut and fan cuts)

We take it for granted now that deleted scenes and many alternate versions of a film exist (on the cutting room floor). We might even get to see an alternate version like the upcoming “Snyder Cut” of Justice League or various director’s cuts. This was once considered a congeries of revolutionary and blasphemous – that we’re watching just one out of a “database” of a film’s possibilities. It’s a transition in mindset that’s been helped along by the interactivity and less limited possibility space of video games.

When Doom was released in 1993, it helped transform what being a fan of a piece of entertainment truly entailed. id Software released the game alongside the game’s code as shareware and now modding is often considered an integral part of the fan experience on PC. The same is true for fan cuts of films and machinima made using games.
As video games now emphasise choice, diverging paths, unique experiences, and mods more than ever, so to do certain film fans clamour for choice in the “true, definitive versions” of films. Especially if they suspect studio meddling or it’s not “their Star Wars,” for instance. It’s a different time indeed.

Yes, I only want this here because it’s one of the best scenes in television. You got me. Detective games have a real obsession with bullet trajectories, though. The only difference between this scene and most games is that video game detectives all instinctively have “detective vision” at hand and are able to sense exactly where everyone was standing from some ethereal dimension. I can’t look at detective scenes the same way again after video games.

Aesthetic choices like slow-motion combat scenes, camera perspectives like side-on, first-person, a GTA-esque car driving viewpoint, etc, and specific aesthetics evocative of video games like Sucker Punch or in Scott Pilgrim vs. the World’s references are all commonplace in modern cinema and TV. Scott Pilgrim vs. the World certainly models its cinematic language on video games’ visual language as the graphic novel did.

What’s also interesting is the disruption of the traditional single frame of cinema with the widespread normalisation of “multiple screens and windows” or “spatial montage” within cinematic language now, in part due to gaming’s influence.

8 – Side quests with moral decisions – The Witcher

The oddest thing about Netflix’s TV adaptation of The Witcher is the way in which many episodes took the form of near-standalone side quests complete with moral choices that are now rife in gaming. Of course, it being a TV show robs you of any agency to actually make those choices, which makes watching these scenes play out a bizarre experience at times.

It’s but a nod to the game series, then, but I can imagine The Witcher being well-suited to being adapted as a Netflix “interactive special” at some point.

Time Commanders was a TV series produced for BBC Two in the UK from 2003 to 2005.  Teams of four would play through major historical battles as historians commented on how their strategies and tactics compared to the real-life events. It was great.

Whilst it was never clarified on the programme itself due to rules against product placement, the “game” being played was actually a very lightly modified version of Rome: Total War.

I’m sure many a Rome: Total War player at the time was provoked into a double take when they saw the programme.

The Mandalorian is as close as a TV show can get to a video game. It has allusions to everything we’d recognise as action game mechanical mainstays. Armour, weapon, and ability upgrades, turret sections, weak point boss fights, defending against waves of enemies, sniper missions, fetch quests, healing, having upgrades removed, escort missions, marking enemies through walls for stealth sections, etc. Since games have helped fill the Star Wars void for decades, a TV show built for gamer sensibilities sounds on the money.