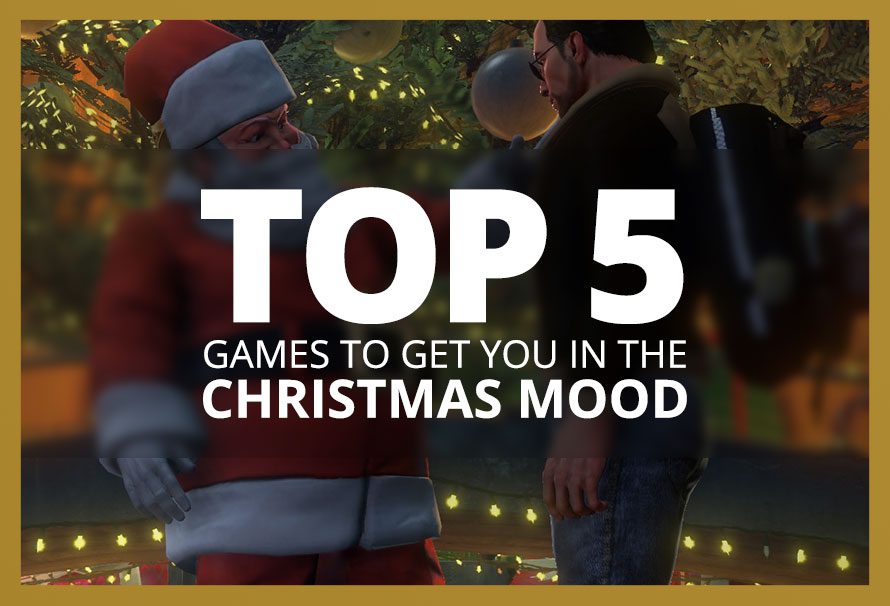 If you haven’t noticed already, the Green Man Gaming blog is in full Christmas mode! Now that you have bought your geeky Christmas presents and have donned your best Christmas jumper, it’s time to settle down and get some Christmas gaming in before the family descends for festive merriment. So here are 5 of the most festive games to get you in the mood for the holiday period.

Everyone loves slaying countless hordes of zombies, and there is no better time to do it than Christmas. The great thing about Dead Rising 4 is that it is set between Black Friday and Christmas so the holiday theme runs throughout the whole game. You’ll be bashing zombies around the head with Christmas paraphernalia, and before you know it you’ll be humming jingle bells whilst decapitating the living dead.

The second DLC pack for Saints Row 4 entitled, ‘How The Saints Saved Christmas’ lays the Christmas theme on thick. The 3 mission DLC pack tells the story of how Santa is trapped in the Saints Row 4 Matrix like simulation and how that the saints save Santa and Christmas for the whole world. It also comes with some nice festive additions such as a Christmas themed dub step gun and Santa’s sleigh. What more could you need?

If like us you wanted to get your own special type of revenge on the burglars from Home Alone, now is your chance! In this free Hitman story DLC you take the role of Santa as he tries stop Harry and Marv before they steal all the presents. The mission is set in a christmassy version of Paris. Also as an added bonus if you get the presents before the bumbling burglar due do then you can keep whatever is inside. You can even unlock a full Santa suit for Agent 47 to use in the full game.

Everyone loves the retro game Lemmings, and what better to get you in the Christmas mood than saving a load of lemmings who are decked out in Santa costumes. These stand alone games were released every Christmas between 1991 and 1994 and all of them had a pretty awesome holiday theme. All set in on a variety of snowy maps it was as if you were saving Santa’s elves so they could go ahead and make all the toys before Christmas, well thats how I saw it anyway.

While not necessarily a Christmas game, the latest winter sports extravaganza has snow by the barrel full. So if you’re not as into Christmas but still feeling like a winter themed game is your bag this time of year, then this is the perfect game for you. You get to explore the wintery peaks of the alps, you can even throw yourself off of a cliff and hope that your landing in the soft snow will represent some sort of a snow angel. This wintery sandbox is yours to do with as you please.

If you have any holiday themed games you like playing that we may have missed then feel free to leave your comments below. We hope that these titles will get you in the festive spirit before the big day.

Lemmings returns on Android and iOS