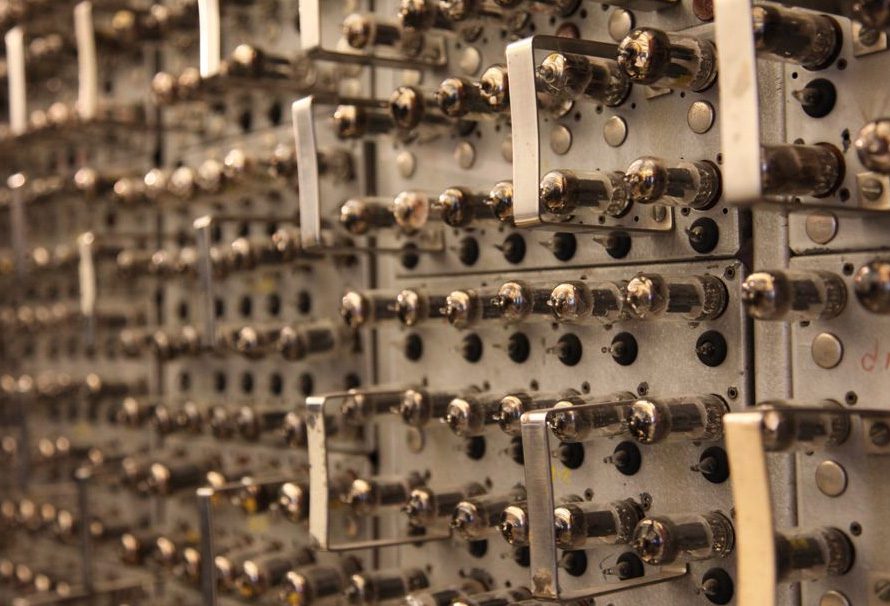 They’re not only brilliant, but they’re quite old now. We’ve had video games for probably longer than you’d expect, stretching back into the mists of time (well, a few decades).

We decided, to celebrate video games and their history, to take a look back and pick out one iconic game from each decade which we feel sum up the period.

One of the very first video games, Tennis for Two simulates a simple game of tennis and was designed to be played on analogue computers.

The way it works is that you’re playing the game as if you’re seeing it sid eon, and each player uses a rotating control to determine the angle of shots.

Maybe not the first video game, and maybe not the most influential, but it was the first designed solely for entertainment and thus led the way into video games becoming the utter juggernaut they are today.

A space combat dogfighting game, Spacewar! (the ! is important) is probably one of the most influential video games ever made. Released for the PDP-1 in 1962, it was ported to other systems and was one of the first commercially available video games made.

Featuring two spaceships locked in a dogfight while trapped in the gravity well of a star, this multiplayer game features Newtonian physics, limited fuel, and limited torpedoes. Meaning that you get the core of gameplay loop, you have to juggle your constant motion relative to your enemy and the star and your limited resources at all times.

You can see the lineage going from this to games such as Asteroids, Star Control, and many more.

You know Pong, everyone knows Pong.

If you don’t know Pong, it was one of the first arcade games, leading the way for video games to become a social experience. It was eventually ported to pretty much every system ever made, but originally it was a wooden cabinet with housed this monochrome tennis-em-up.

As with the previous games on this list, it was multiplayer only game and has been described as a ‘social lubricant’. With its simple controls and easy to understand method of play, it helped introduce the world to gaming.

it was the 80s where video games began to dream bigger. Famously inspired by Miyamoto’s walks in the Kyoto countryside as a child, The Legend of Zelda aimed to give the player a whole world to explore with childlike wonder and danger at every corner.

The Legend of Zelda didn’t just start off the Zelda series, but it also helped expand the cRPG, adventure game, action adventure, and open world genres. We’re not saying it invented these genres, but many games of those genres that you play even today have DNA that goes right back to that small child Link heading out into the big world, alone except for a sword.

It’s a game that’s got a long reach, with almost every FPS since owing at least some small debt to Doom. Not only that, it cemented Id as The Place Where Good FPS Games Get Made, with Doom II, the Quake series, and much more coming out of the legendary studio.

Not only is the game still worth playing today, it’s easily moddable and new levels can be added as simply as adding a .WAD.

Halo summed up the 2000s, not just because it’s a damn fine shooter (it is) but because it proved you could have a shooter that works on console. It’s undoubtable that playing with mouse and keyboard is better for speed of aiming and accuracy, but what if you just want to play on a sofa?

Halo proved that it’s possible, and it introduced the wider world to Bungie and the Xbox, both of which helped define and change the gaming landscape for over a decade since.

Hard to believe that originally Halo was a Mac exclusive that was a third person shooter. You’ve come a long way, baby.

We’ve still got two years of the 2010s left but it’s safe to say that Dark Souls is the defining game of this decade. Almost every game now is either compared to it, or features elements directly inspired by it. The simple idea of having a persistent playthrough where death isn’t the end of your journey has been a staple of the last few years in the gaming world and one that doesn’t seem to be going away any time soon.

Not only does the game excel mechanically with its precise combat, but the world itself is something that many games have taken cues from. A vast interconnected world that hints at larger stories just underneath the surface is a heady mix, and one that Dark Souls delivers in spades.

That’s the games we’ve decided to call out as the most iconic of the last few decades. Agree or disagree? Let us know in the comments below.