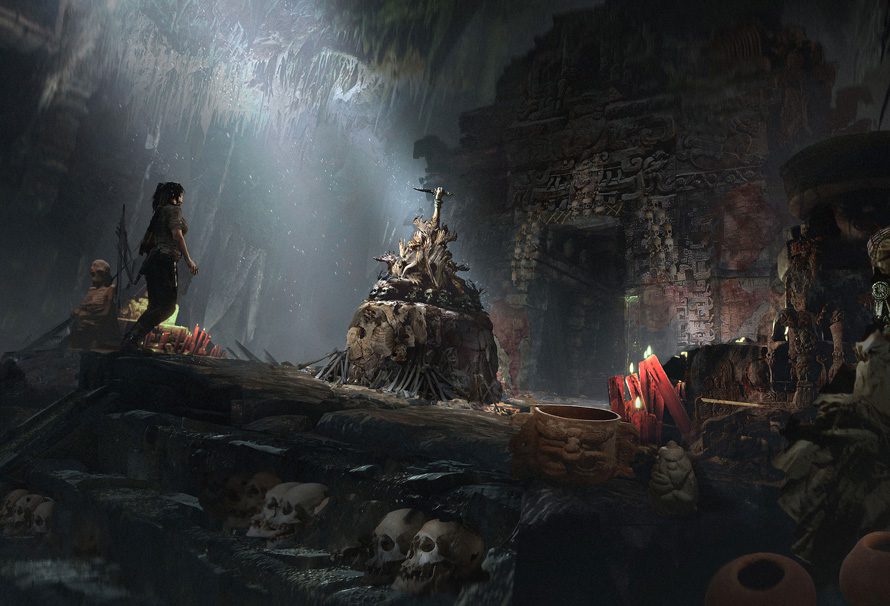 Due for release in just a few days, Shadow of the Tomb Raider puts a capper on the second rebooted trilogy of one of gaming’s most enduring icons. With development duties largely handed over to the experienced and practiced hands at Eidos Montreal, Shadow of the Tomb Raider is looking to be in safe hands. All the same, while Lara’s latest might seem to be a conservatively created effort on the surface, much lurks under its familiar veneer to ensure its place as the best entry in the series to date.

Predicated on the fact that this trilogy was a prelude to the escapades of the more experienced Lara Croft that we all knew and loved beforehand, Shadow of the Tomb Raider sees the adventurous aristocrat on the cusp of fulfilling her destiny and taking part in what is arguably the darkest chapter in her tomb raiding career.

Picking up the narrative thread of the previous two games in the trilogy, Shadow of the Tomb Raider continues Lara’s struggle against Illuminati style organisation Trinity. Except now, relentlessly driven by the need to finally vanquish her enemy there seems to be no length to which she might go, lending the proceedings and her character a sense of reckless desperation that was never quite there before.

Gameplay-wise, Shadow of the Tomb Raider also brings a number of notable changes and improvements to its immediate predecessor, Rise of the Tomb Raider, too. The first and most obvious of these is in how stealth has been retooled. Now more varied than merely just creeping up on a lad and putting holes in him with the shiny implement of the moment, Lara can now fully conceal herself in the undergrowth, and better yet, stand upright and shrink behind overgrown vines and other plant growth to kill and hide her foes with alarming efficiency.

Swimming too has seen a welcome evolution also. Making Lara’s nautical pastime in the previous game seem little more than a spirited paddle, Shadow of the Tomb Raider has our intrepid heroine plunging deep into briny deeps and discovering long forgotten caves and hidden crevices. It’s a welcome return to form that fans of the earlier, more aquatic inclined entries in the series will surely appreciate.

Perhaps best of all, Shadow of the Tomb Raider finally remembers what brought the series to the dance – raiding tombs, and then proceeds to accentuate it with aplomb. Lifted far above the mildly distracting romps of the previous two efforts in the trilogy, the challenge tombs in this latest entry are robust tests of skill that deftly combine dextrous challenge and tricky puzzles (actual puzzles!), that tax the grey matter far more strongly than before. In short, the tomb raiding has officially been put back into Tomb Raider.

As it is, Tomb Raider fans should be rightfully anticipating Ms Croft’s next romp as Shadow of the Tomb Raider surely looks to be best in the current trilogy, and among the very best the over two decade long series has seen to date.