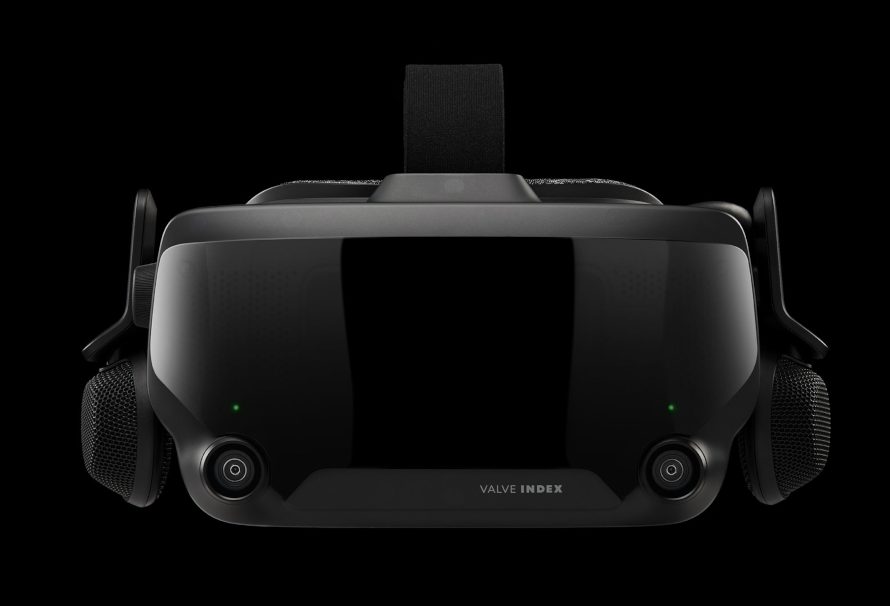 Last week we saw Valve finally drop the details on the Valve Index VR set. Contrary to the current industry trend they unveiled a system that DOES NOT use inside out tracking. So what does this mean? Is VR technology going to be split in two camps? Which one will come out on top? And what exactly IS inside out tracking? Well dust off your HMD ’cause over the coming months I’m going to take a deep dive on all things VR and why you’re missing out on a new era of gaming.

First, let’s take a look at the Valve Index, what this device is and where it sits amongst the plethora of devices currently on sale.

The Valve Index is boasting some serious firepower, with dual 1440 X 1600 RGB LCD displays that provide 50% more subpixels than OLED, a 120hz refresh rate that has an “experimental” 144hz mode and a brand new integrated audio system that makes game sound feel more natural and part of your real environment, as opposed to locking you into your own little world.

At this point I could go on about the comfort features and other uninteresting things like that, but instead I’m just going to tell you that it’s all high end stuff. The real kicker on the Index HMD is its modding features. Adding a USB 3.0 Type-A connection to the front of the mask to allow for hobbyists and enthusiasts to mod to their heart’s content. Valve have also promised to release all the CAD diagrams for the various physical components, to allow anyone to create and build on to their device.

The real interesting part is that the Index is using the same Lighthouse hand controller tracking system as seen on the Vive and Vive Pro (not really a surprise considering Valve conducted most of the technological research on the Vive before partnering with HTC) as opposed to the new inside out tracking championed by Oculus and Windows Mixed Reality. When the first images of the Index dropped, the two front facing cameras alluded to the Index going in this direction, but we now know that these cameras are used as a pass through for the user inside the headset to see the room around them without leaving the HMD.

Valve’s new controllers are probably the only part of this whole setup that we’re not surprised by. They have been in development and in the hands of developers and influencers for some time now and have been stirring up a bit of a commotion since first revealed. Renamed the Valve Index controllers (though to many they will always be the knuckles), they are by far the best part of Valve’s offering. They boast a new system where the player doesn’t technically “hold” the controllers, but rather wears them. Designed with a clever strap that secures them into your hand you can completely let go of these controllers and they won’t go anywhere, which is great for clammy palmed clumsy idiots like myself.

The real benefit of this is that it allows you take advantage of the touch sensitive pads running vertically down the front facing part of the controller, allowing you to physically grip something in the VR space instead of just using button combinations to toggle grabbing and letting go of objects. This leap forward in VR controller technology adds a whole new level of immersion and safety to your VR experience. The best thing is they are entirely compatible with any HTC Vive or Vive Pro light house trackers and HMD, extending Valve’s open source attitude to easily the best controllers on the market.

Who is this for?

Comparing it to other devices on offer the Valve Index boasts slightly better overall performance to the Vive Pro, but at a far lower price range with the full Index bundle going for £919.00. If you already own a Vive or Vive pro you can purchase any of the pieces individually and they will work with all your HTC parts (apart from the improved base stations that will only work with the Vive Pro).

So what do we have then? A VR experience akin to the highest level enterprise VR system (if not better), with many features that would appeal to modders and developers who enjoy pushing the boundaries of hardware capabilities. It almost feels to me like an experiment, similar to what Nintendo have done with their Labo range of products “here’s a thing, you know what it does, but what else can you do with it?” It’s a great plan to understand what type of device or what features their next device should have. If anything this is a statement from Valve, explaining that they still understand serious gamers better than anyone, by simply giving us the opportunity to do what we want with our toys, to change them, experiment with them, do silly stupid things that add nothing with them simply because we can.

That’s it for the Index, for more details check out the website and check back to catch part 2 where we’ll take a look at Oculus and the pros/cons of inside out tracking.