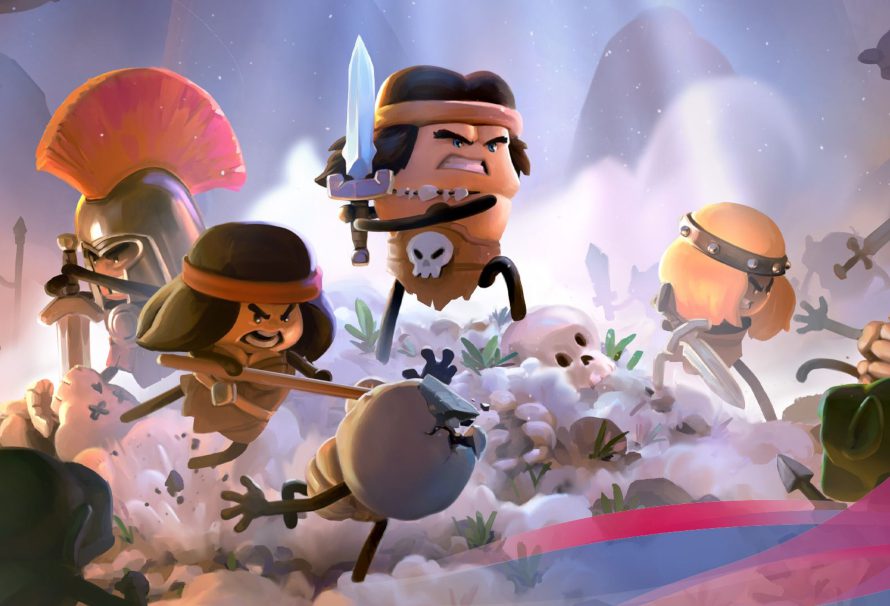 Conan is a big hulking badass, a hero who gets the job done with brutal efficiency. So when the Conan Chop Chop April fools announcement was dropped on us, many were confused. How can this innocent-looking cartoon styled game be Conan? Rest assured, whilst it might look innocent enough, under the surface, deep within the coldest reaches of Vanaheim, is a game that’s waiting to kick your butt!

The Conan Chop Chop release is imminent, but what exactly is the game all about? Developed by Mighty Kingdom, Conan Chop Chop is a 1-4 player hack and slash roguelike. Venture into the world of Conan the Barbarian where you and your party must stop the treacherous wizard Thoth-Amon, from carrying out his evil scheme of resurrecting the ancient evil of Xaltotun.

Playing either solo or with up to three others in online or couch co-op, you will be hacking and slashing your way through hordes of enemies. Each Map is randomly generated creating a huge amount of replayability and variety to each playthrough you do. Plus there are tons of weapons and abilities for you to loot as you slay your enemies.

Choose between a diverse range of warrior gods to play as. Then match them up with weapons and items to suit your play style. Don’t worry, you’ll die a fair amount, so there will be plenty of chances to try new ways of playing.

As you venture through the vast and varied environments across Hyperboria such as the sands of Koth, the Darkwood or the icy world of Vanaheim. You will face off against epic bosses like aGiant Sand Word and even a Gorilla in a cape… They will test you and friends in deadly combat. In Conan Chop Chop each land you explore will be filled with a wide variety of dangerous creatures who want nothing more than ensure you don’t overstay your welcome.

Take on quests to gain gold, use that gold to buy weapons, use those weapons to bash in the skulls on your enemies, defeat those enemies to get to the treasure. Then rinse and repeat to your heart’s content. Boasting an insane sounding 14 trillion different weapons, armor and charm combinations, Conan Chop Chop should have enough variation to keep you wanting to play the game. With everything from rakes to bastard swords up for grabs, you’re never going to be short on options to experiment with.

However, if 14 trillion combos doesn’t sound like enough, how about unlocking new combo moves like the 360 spin attack or dash attack to name just a few? As you progress further through Conan Chop Chop you’ll unlock new skills enabling new ways to play and help you strike down your enemies.

Conan Chop Chop looks set to deliver a really fun and rewarding gameplay experience that will be perfect for solo players, playing online with your friends, or even sitting on the game sofa. With so much variety on offer you should be kept busy for hours on end!