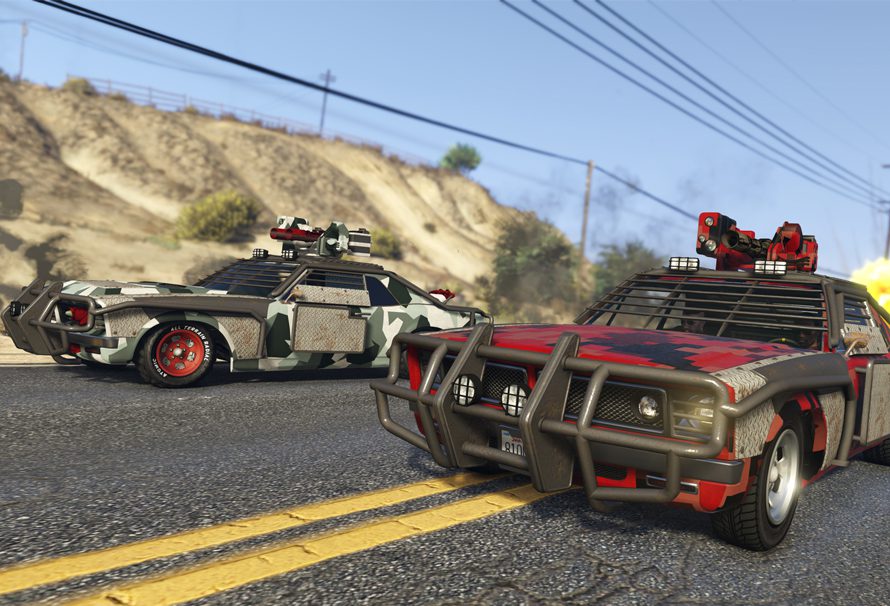 Grand Theft Auto V has just released its brand new Gun Running update and it is looking nothing short of awesome. If you are still unsure what the update includes then we have you covered. Check out the info below.

At it’s core the Gunrunning update is about the illegal arms trade. Players will be tasked with smuggling high-value weapons into San Andreas, they will also get the opportunity to gain quite the collection of player customised, weaponised vehicles.

If you have already put the time in to become a CEO, Biker Club President, or VIP then you will be able to purchase an underground bunker in the Grand Senora Desert. These bunkers will act as your base of operations and enable you to create your many small arms manufacturing outfits. Once players have your finger in the illegal arms trade pie they will be able to see the cash piling. You will also get the opportunity to earn weapons modifications for your current arsenal as well as your vehicles.

Players will get the opportunity to acquire a mobile centre of operations for their new business. These hulking great lorries come with their own set of missions for players to complete, in order to get more cash and modifications.

This is where the true fun begins, Gunrunning will give players access to a load of different weaponised vehicles such as:

It wouldn’t be an illegal arms update without some new weapon upgrades. Here’s what players will be able to get their hands on.

The following weapons will be able to be upgraded to MK II status:

That covers what you get in the brand new Grand Theft Auto V Gunrunning update. Green Man Gaming also have a huge GTA V sale on where you can get up to 60% off of GTA V and Shark Cards.

We shall leave you with the Gunrunning Trailer.