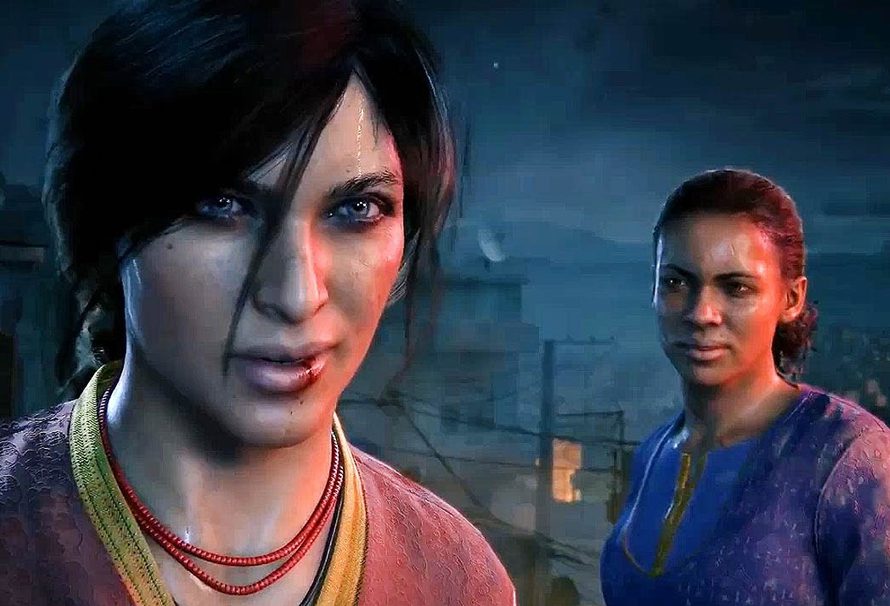 For those unfamiliar with the Uncharted series, the latest game Uncharted: The Lost Legacy by Naughty Dog still may have caught your eye. The game features two strong female leads and plenty of action, it’s a third person adventure story that has an abundance of shoot outs to make it interesting, character personality to make it gripping and a story at its core to make it extremely enticing. So, if you missed out on all four Uncharted games, this standalone game, larger than an expansion but not as big as the full experience, is worth all the fuss the Uncharted games received. Here’s a rundown of what you missed and what you can expect.

The characters have always made the games. Nathan Drake, along with his good friend Sully start the Uncharted games on a strong path. Only strengthened by the arrival of Elena, cue romance. The characters have solid identities, Nathan being lackadaisical, outgoing, optimistic, paired with his friends composed, yet cheeky humour. They compliment each other and the dialogue is natural, humorous and seamless, which is what Naughty Dog always get so right.

So how do Nadine and Chloe fit into all of this? In Uncharted: A Lost Legacy, you’ll play as Chloe Frazer, who first appeared in Uncharted 2, Drake’s Fortune. An ex-love interest for Nathan, Chloe is also in the treasure hunting business. She’s feisty, not as loyal as Nathan and has been described as the best driver in the business.

Nadine Ross came onto the scene in Uncharted 4: A Thief’s End. She was an aid to the main antagonist and a large part in actively ending Nathan Drake. Chloe and Nadine should make a good pair, as long as they keep their eye on the prize.

The Uncharted game has always delivered a remarkable story with tonnes of detail. In all four games, you play as Nathan Drake, a treasure seeker, not glory hunter. He knows his stuff, he appreciates the history, he enjoys the chase and the competitive thrill that positions him against enemies. The story always begins with the idea of a treasure, evolving as you explore beautiful tombs, vast beaches and islands crammed with secrets.

In Uncharted: The Lost Legacy, you’ll play in India, on the hunt for a lost artifact called ‘Tusk of Ganesh’.

Chloe will have a very different skillset to Nathan Drake, described as not being as ‘brawly’ as the original Uncharted protagonist. As in the most Uncharted games, the action was plentiful, but varied. It wasn’t just shoot outs between hordes of enemies, there was always a different element, something to fear. The first Uncharted featured mutated humans, whilst the second these giant grizzly, bigfoot characters. There’s also a great middle ground between fighting, solving puzzles and exploring.

Chloe has been described as having a stealthier approach and she’ll have silencer weapons available, something missing from the previous Uncharted games.

The setting will not disappoint as with all Uncharted games, especially A Thief’s End, that have been mesmerisingly beautiful. Uncharted games have transported us to array of exotic and varied locations including Madagascar, Scotland, Italy and Columbia, to name a few. The locations are all incredibly detailed and reflect the in the gameplay, with Nathan treading carefully through Scotland’s misty rains, or fighting for survival in the desolate Arabian Desert.

Uncharted: The Lost Legacy will be set in India and it’s sure to be glorious.

Uncharted endings are always loud. They usually consist of an intense build up to the finale, fighting through swarms of enemies, whilst manically avoiding death. More than likely the treasure will be tainted, it will be cursed, something will be going down, but it’s worth the fight, because the twist and turns and grand reveals always end on a satisfying boss fight and the need to play another Uncharted game.