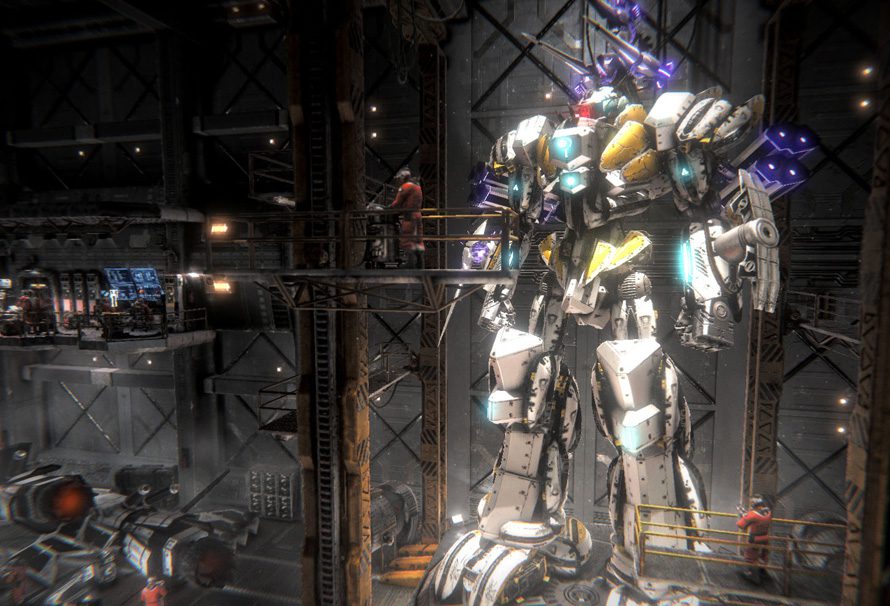 Space mech spectacle fighter, War Tech Fighters heads out of early access and is launching today, July 25th. Many things have changed since War Tech Fighters launched into Early Access in August of 2017, read on to find out what you can get in the full release.

War Tech Fighters has introduced loads of great content, it’s story missions have gone from the original 12 missions which provided around 5-6 hours of gameplay to a extensive 33 mission campaign at an estimated 15-20 hours of mission based content.

The War Tech customisation options have increased massively with over 180 different components, this give you the opportunity to create amazing and unique combinations of parts, as we all know how badass your mech looks while you are slicing up and gunning down your enemies is the most important thing in the mech universe.

With improved textures which are double the original resolution, enhanced particles and visual effects including lighting and post FX, every battle will have an element of elegance and stylish flair, this may not be enough to turn the fight in your favour but it will never hurt. 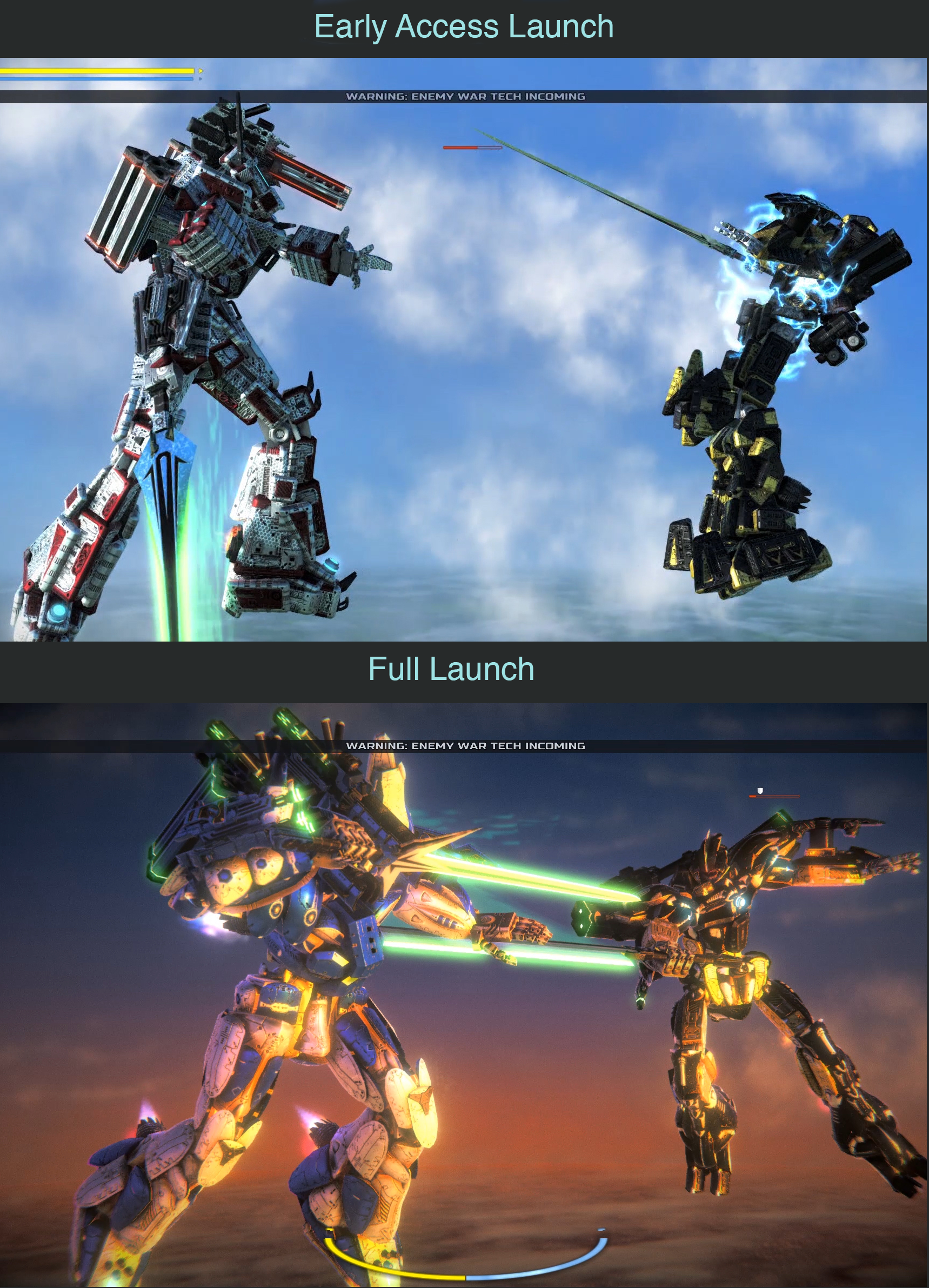 Featuring two new survival modes for a total of three, once you mastered the story mode campaign you can truly test your metal with the new survival modes, this now features three levels of difficulty ranging from rookie to hero all with their own leaderboards. 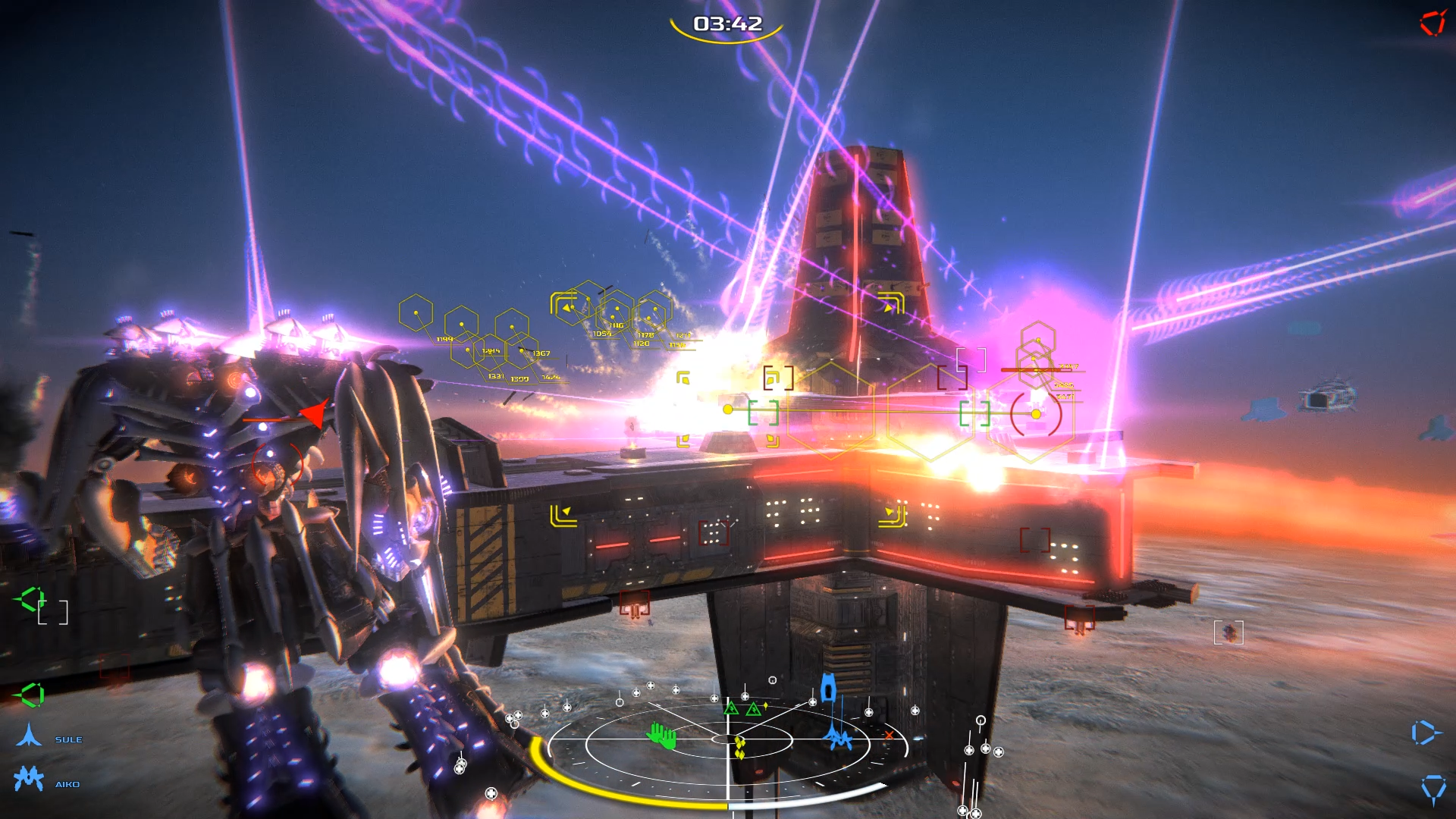 There have also been some great additions that have been added since launch in the form of special projects that can unlock:

War Tech Fighters has also received a whole host of other improvements including gameplay additions, enhancements to the UI and performance and optimisation fixes, we think it has come a long way and it is certainly shaping up to be a solid game for action game fans and mech lovers alike.

Robot Components: added/changed 110 components for a total of 180+

They are special custom-shaped Giant Robots with custom weaponry that can be unlocked by finding and developing their respective special projects. Early Access users have these sets already unlocked as a EA bonus.