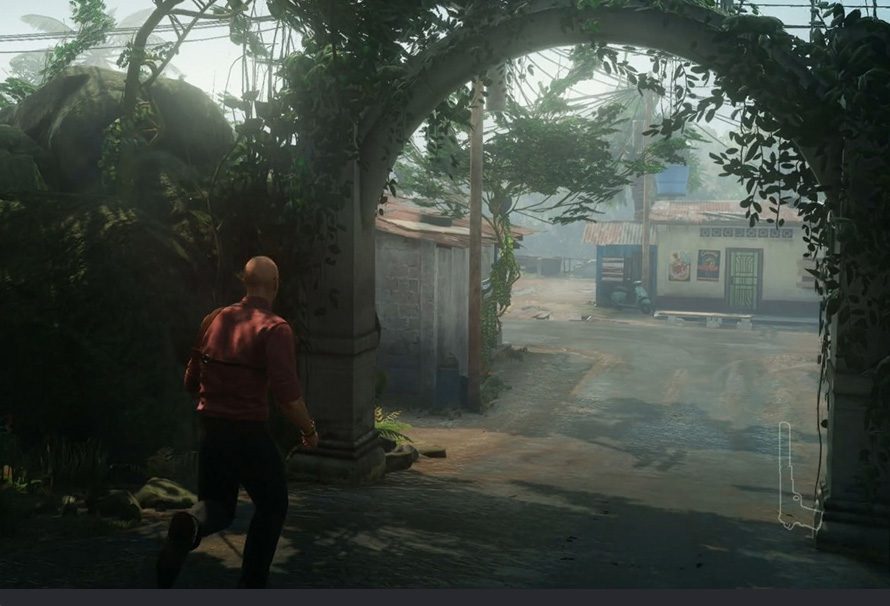 Naming apart, it’s a deep and rich exploration of what it means to be an assassin. Stalk your prey, learn their behaviour, play dress up, then take them out.

Or just gun them down and run screaming from the horde of guards after you. Though that won’t get you the Silent Assassin rating when you finish the level.

Hitman 2 will see you jet off to New Zealand, Miami, Colombia, Mumbai, the USA, and the North Atlantic.

But where could Hitman 2 go next? These are all full of hitmanning opportunities, but there’s surely more places to hitman out there. Here’s where we think our bald friend will visit next:

As we all know there’s loads of people up on the Moon in secret moonbases, so why not have this as the next setting for a Hitman 2 level? Think about Prey’s Mooncrash DLC or Wolfenstein: The New Order. Both had moonbases, and they’re standout sections of those games. IO Interactive if you’re reading this, stick Agent 47 in a spacesuit, send them to the moon, and let us bounce around doing a bit of murder. Instant classic.

Why does Agent 47 have to stick to now? Let’s see some historical assassinations, and where better to go than Nazi Germany where a certain toothbrush moustachioed gentleman is just asking to be dealt with. Everyone likes killing nazis in games, they’re the easy bad guy that everyone can feel good about dealing with, so why not send Agent 47 there and let him deal with the problem?

Think about the British parliament, an old building with a warren of rooms and corridors, and at its heart a large chamber that frequently gets filled with besuited Members of Parliament. Hitman 2 has some new tech that helps with the crowd scenes, so think about how great that’d be to see it put to use in such an environment. Maybe you’re there to take out the Prime Minister, maybe you’re there shove Boris Johnson in a toilet? It’s up to you IO Interactive, make it so.

The Internet is something that’s in all our lives, so why not see Agent 47 go online and surf the global information superHitmanway? Basically think Tron but with more murder. Everyone loves Tron, and everyone should love Agent 47, so why not combine them into the greatest crossover event in human history (sit down, Avengers).

Agent 47 is follically challenged, so the perfect place for him to hang out is a wig convention. Think of how easy it would be to hide in plain sight, either wear no wig and fit in, or just quickly snatch them from people’s heads as they pass. You could even have a wig the size of Elton John’s famous birthday hairdo, great for concealing a sniper rifle in.

Hitman 2 is out on the 13th of November and it’s a must for any fans of the Hitman series.