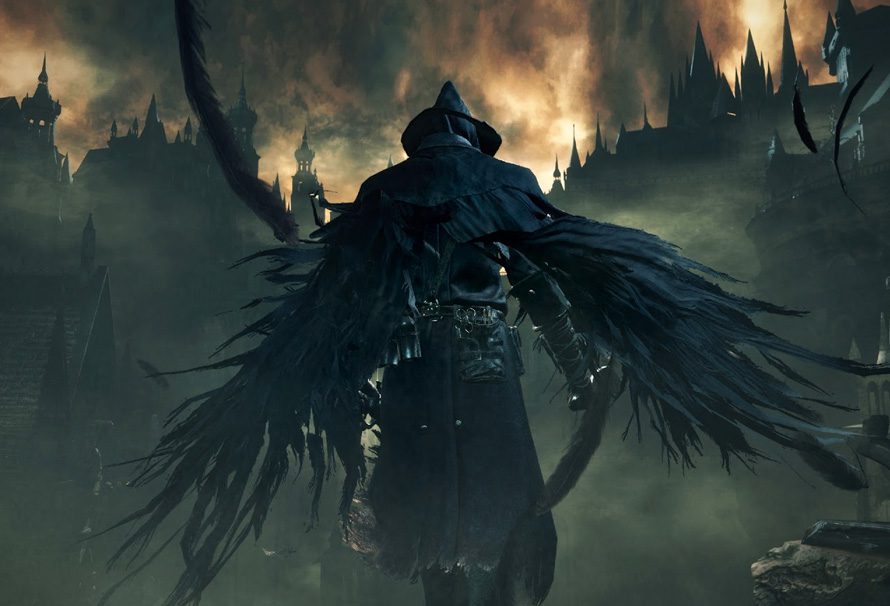 Once again, we come to the spookiest time of the year. The spirits are about to crossover and you feel a sudden urge to scare yourself senseless but can’t decide how best to do it. You decide you want to play a game, after all the combination of adrenaline and that nagging feeling that you’re wasting your life make for quite the fear-inducing cocktail.

The only thing left is to figure out which game is best, what will bring you the largest dose of that sweet sweet terror? The answer to this question is the same as the answer to so many questions, Bloodborne.

Bloodborne is an eldritch-action game, one that forces the player through aberration after aberration in an increasingly terrifying world that is always trying to kill you. The first thing that happens is the only thing in first-person. You wake up strapped to a bed with some creepy dude infusing you with blood – which is creepy enough. You then see a pool of blood from which a wolf-like creature rises out and crawls towards you, only to be replaced by tiny misshapen creatures climbing onto your face. Truly horrifying.

The entire story is about uncovering the truth; not just the truth of what is going on, but the greater truth, the eldritch truths that you simply aren’t meant to know. The abominations you come across as you claw your way through the world are messed up enough without you understanding what they are. The longer you play the deeper your understanding becomes, and this is where things get really unnerving.

You find out that the healing that this town is renowned for is in fact the thing causing all of these monsters. Each and every thing you cut down used to be something far more benign, their forms warped by the treatments meant to cure them. It turns out that infusing people with the blood of beasts, or the blood of ancient unknowable evils, doesn’t actually do wonders for one’s complexion. Instead it warps you into something far more unpleasant.

You then discover that many of these disturbing creatures were created by way of experiments. The church wanted to see what was happen. At one point you come across a tower filled with failed experiments. This contains a plethora of test subjects who talk to themselves, cursed to hear the sound of dripping water, or trying to find their own eyes. All of this in aid of one goal; to get eyes on the inside.

This includes you; your understanding is represented in game by your insight. As you gain more insight the enemies around you become more powerful, not only this, but you start to see things you couldn’t before. You aren’t losing your mind; the world just hides the true terrors from the ignorant. By the end of the game you can hear a baby crying in the background, you can see the world for what it is: deeply unsettling, dangerous, and creepy as hell.